A Russian city that could 'collapse'

The main industry in Beresniki is potassium salt. It is an industry that both supports the city but is also destroying it. Many of the city's residents are living in fear. Juri Rescheto reports from Beresniki. 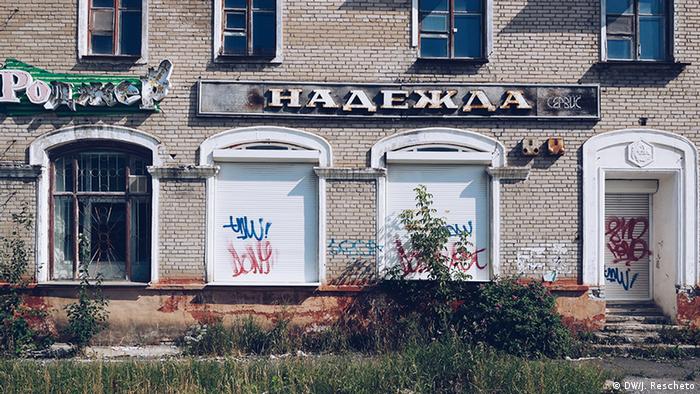 At first there is no hint of the catastrophe. There's a blue paddling pool. There are red cherries. There are tomatoes, potatoes and dill. It is an idyllic place, somewhere in the Urals.

There is no hint of the catastrophe if you stay in the garden. The garden belongs to Irina and Andrej Chorow, who are both around 40. They have been living here for 13 years. But for how much longer? They don't know.

The catastrophe becomes visible once you leave the garden and go into the house belonging to the couple. Then you see the cracks. They are everywhere in the facade, as thick as a finger. They are under the torn wallpaper in all the rooms. They are on the walls and next to the windowsill. "It's cracking everywhere," complains Andrej. "The house is crooked. You can't open the doors properly anymore. The building is being pulled apart. We can't do anything."

The neighbors have long since gone

The house, which is on the outskirts of Beresniki, a city in the Perm region, was Andrej and Irina's dream home. They built it thirteen years ago. And now they have to look on as it falls apart. Day by day, bit by bit. It is like a house of cards. 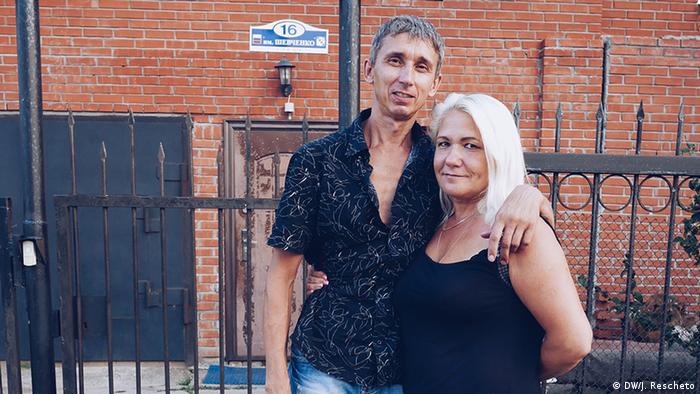 The couple is worried about the future

"Over there, five metres further on, is the danger zone where you are not allowed to live anymore." Andrej points out the window at the empty house across the road. "The neighbors moved out and got compensation. But here, where we live just a few metres away, the authorities say it's apparently no problem. We have to just keep on living here.

The Chorow's house is situated in a district of Beresniki that is slowly but surely collapsing. Gaping holes, like craters, are opening up in the earth. Some are six metres wide, some six hundred metres. Some of these holes swallow up trees, some of them swallow up entire office buildings. The Chorow's house was built on top of a mine. This mine is eight times larger than the whole city, which has been built on top of it for decades. In this four hundred metre deep mine there's room for eleven thousand five-storey residential high-rise buildings.

Soviet miners were too greedy

With special permission, and accompanied by three people, I am allowed to visit the mine. It now belongs to Uralkali, the most dominant potash producer in the world. We drive through the tunnels, through underground passages that lead to dead ends. There the machines used to mine the potassium salt having been left standing.

For decades the Soviet miners dug down into the depths, leaving behind them an unimaginably large cavity of 84 million cubic metres. It is a frightening feeling when you think that this mine could collapse. This is because the Soviet miners were too greedy and sometimes did not follow regulations on the dig. One day the mine flooded. The water dissolved the salt layers and the rocks above fell into the holes where the salt had been washed out. Then the surface gave in. And since then holes have been opening up in some of the districts of Beresniki. 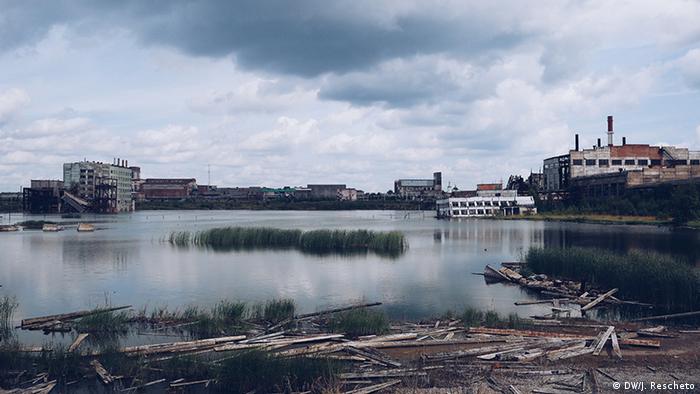 The crater is now lake

According to Uralki the passages have been made very safe. There is no danger to the population: "The roof of the mine has been propped up with so-called anchors. They have been drilled into the rock and in this way are able to hold the roof to the higher and stronger salt layers. This makes the whole thing stable," reassures engineer Alexander Kladov down in the mineshaft. They have been working according to international standards.

Mortal danger starts at the school

Back on the surface, in the light of day, the Chorows say they don't believe in such standards. From their house you can see the church. "We used to only be able to see the tip of the spire," says Andrej "Because there used to be a building in front of it. Now it's almost gone. Swallowed up by the earth." The church is a few kilometres away from the Chorow's house. It has been closed off by a tin fence. The school is also right around the corner. It has now also been fenced off. "Mortal Danger!" When you look past the sign you notice how crookedly the three-storey building is standing. There is apparently a hole in the earth in front of it. I am not allowed to go there.

Instead I am allowed to go to the other danger zone that made headlines nine years ago. It is the old main mine shaft that has been closed down. This is where the earth first caved-in in 2007. It made a crater with walls that plunged 350 metres down. The city authorities evacuated 2000 people. Three years later the Beresniki central station became a danger to people. It was closed down. In 2011 methane gas that had been leaking out of a crater, exploded. This has turned into a lake.

"The city authorities just wait until a house collapses"

In the meantime, CTV cameras have been installed in the danger zones and three city employees sit in a control centre monitoring any changes. But the city outside such danger zones appears livelier than ever. The generously built square in front of the city administration building is decorated with flowers and fountains. A new church is being built. Many of the victims have been compensated, but not all. The Chorows will have to fight for this.

"Our future is uncertain. The authorities are just waiting until a house collapses and someone gets killed. Maybe then they will do something about our situation," says Andrej getting agitated.

Valuables are already stored with friends

The authorities have classified the Chorow's house as 'partly livable.' The amount of compensation that the couple would get if they moved out bears no relation to the true value, complains Andrej. "But if it does collapse, we want to be prepared," he jokes. "We have already stored our valuables with friends and relatives. The fur coat for winter and shoes for summer. This is so we don't have to start searching for things in a panic."

What is left in all this is hope. There is the hope that somehow they can reach an agreement with the authorities. Then Andrej and Irina can build a new house in a safe part of the city. Because despite all this they haven't lost their faith in Beresniki.