A Rental Nation? Germans Looking To Buy Those Four Walls | Germany | News and in-depth reporting from Berlin and beyond | DW | 05.09.2006

A Rental Nation? Germans Looking To Buy Those Four Walls 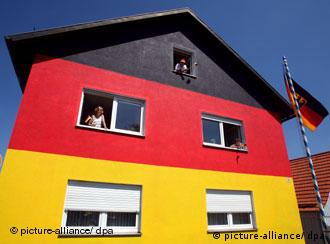 Most Germans would like to own their home, but few do

The average purchase price of a renovated, pre-war, two-bedroom condominium in the trendy, former East Berlin neighborhood of Prenzlauer Berg goes for 224,000 euros ($287,000).

Though steep by Berlin standards, the typical 80-square-meter (861-square-foot) apartment is still a bargain compared to other European capitals and well below residential prices in city districts with a similar cachet, such as London's gentrified Islington or New York's artsy Greenwich Village, according to Thomas Beyerle, a real estate expert at Dresdner Bank. 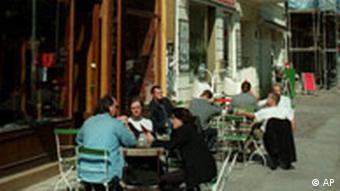 Yet only 11 percent of Berliners are homeowners, in spite of low mortgage rates -- only 4.5 percent over a 10-year period compared to a peak of 8 percent in 1995. Except for expensive pockets in prime locations, such as Prenzlauer Berg or Frankfurt's Sachsenhausen and Munich's Schwabing districts, Germany is also the only European country where the overall residential market has stagnated in the past decade. 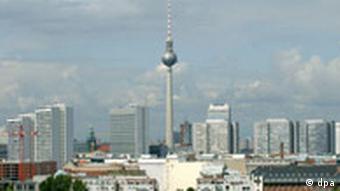 In other urban clusters -- Frankfurt, Munich, Hamburg, Stuttgart, Cologne and Leipzig -- five times as many households rent rather than own their bricks and mortar, bringing down Germany's rate of home ownership to 43 percent, rock bottom in the European Union, excluding the new members in the east. Owner-occupancy rates are highest in Spain at 82 percent, followed by Ireland, Italy, Britain, according to the EU's statistics agency Eurostat.

Yet Germans are legendary for their ability to save, and even Deutsche Bank's affordability index -- average monthly mortgage payments relative to disposable household income -- has risen since 1975. In addition, according to a survey by Infratest, nearly 80 percent of Germans would prefer to be homeowners rather than renters. So why don't they buy?

The old adage "Once a tenant, always a tenant" is more firmly entrenched in Germany than elsewhere. The legacy of World War II, when allied bombing reduced all large cities to rubble, is partly to blame, according to Tobias Just, a senior economist specializing in real estate at Deutsche Bank. 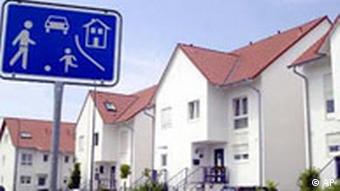 "The acute housing shortage lasted well into the 1970s, so apartment blocks and multi-family dwellings went up very quickly," said Just, who added that renting has been historically far more attractive than buying. "Though high demand forced prices up, rents remained very stable and affordable. That the landlord was often the city or some public entity implicitly meant that rents were subsidized, and below market value."

Unlike other Europeans, most Germans live in apartments rather than single family houses, where home ownership rates are much higher.

"The greater the number of housing units in a building, the lower the home ownership rate," Just said. 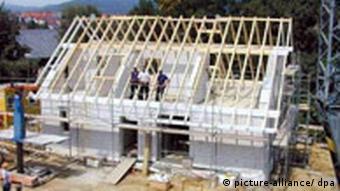 This is looking more attractive to people

Though rents are relatively higher in growth regions around major urban centers in the west, and Brandenburg and Leipzig in the east, the average rental price for a modern, new flat is only seven euros per square meter (11 square feet) -- which would be considered dirt cheap by most.

But rental subsidies and protections have started to fade in the last four years under Hartz IV, the government's welfare and labor market reform program. According to a Dresdner Bank estimate, 10,000 rental households will be offered the chance to buy the home they live in over the next decade.

"Renters should seriously look at the chance to own the four walls, especially in terms of old-age security, because if they don't, they face the risk of a new landlord, who would have the right to move in himself," Beyerle said.

Real estate experts also predict that home ownership rates will rise simply because of a shift in demographics, as the war generation, who were mostly renters, dies out. Among middle-aged baby boomers, almost 60 percent are home owners and favor a suburban rowhouse with a garden and white picket fence. 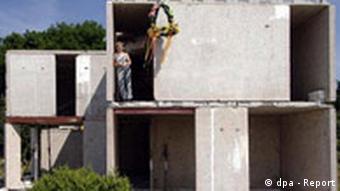 Many baby boomers want to build, or buy.

Among younger adults in their twenties and thirties, stringent lending policies have discouraged home ownership, but that is changing too, said Deutsche Bank's Just.

"In Germany, many young people simply cannot afford a 30 percent down payment on the purchase price of a home. In the UK and the Netherlands especially, banks are aggressive in targeting a low age group with low equity, offering up to 100 percent financing even," he said. "German banks haven't gone that far, but they now are competing to offer more flexible mortgage packages."

Though property prices have remained stable in Germany, it doesn't mean they are cheap, according to Bernd Katzenstein, spokesman of the German Pension Institute (DIA) in Cologne.

"In the US for example, an average house or flat would cost double or triple the net annual income, but land is so expensive in Germany, that the average house costs six times as much," he said.

In addition Germans have a different attitude towards home buying than Americans. 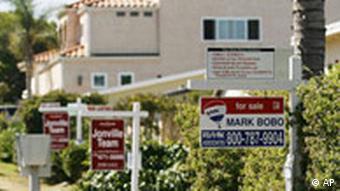 "In the US, a house is a commodity," he said. "You buy your first apartment as a single, then sell and buy a bigger one when you are a couple, then upgrade to a house when you have kids, then move to a condo when the kids have left home. For Germans, a house is for life, so they invest their soul and a lot of capital into this one house. Germans haven't learned that houses have re-sale value."

But real estate expert Beyerle said the idea of so-called Lebensabschnittsimmobilien -- different homes for a different stage of life -- is growing among a younger, more mobile generation.

Due to a weak economy, falling birthrates and higher numbers of people relocating to find jobs, some German regions are losing population; their cities are shrinking. The problem is especially acute in eastern Germany. (Sept. 3, 2004)

The tarnished image of prefabricated housing may be getting a shine in Germany, with a rash of ultra-modern designs on the market. But will a new look be enough to counteract German prejudice? (Apr. 28, 2005)

In a deal that will wipe out the eastern German city of Dresden's debt in one go, US property investment company Fortress Deutschland has been given the go-ahead to buy the city's entire residential real estate holdings. (Mar. 10, 2006)