A plea for less interesting times | News and current affairs from Germany and around the world | DW | 31.05.2012

A plea for less interesting times

In a guest piece for DW, Jared Bernstein, former chief economist to Vice President Joe Biden, details not just the problems, but the solutions to the economic crisis. He also explains why they aren't implemented. 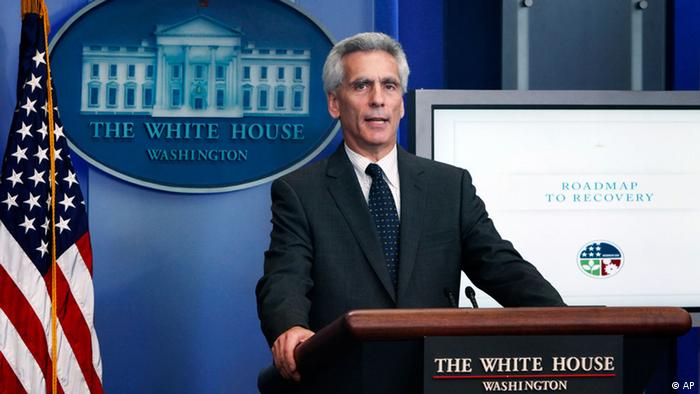 Jared Bernstein served as chief economist and economic advisor to Vice President Joe Biden from 2007 to 2009. He was also the executive director of the White House Task Force on the Middle Class, and a member of President Barack Obama's economic team. Currently, Bernstein is a senior fellow at the Center on Budget and Policy Priorities in Washington.

"May you live in interesting times" is allegedly an old curse. Unfortunately, when it comes to economic policy in both the US and Europe, our times are far too interesting.

The core of the problem has been reduced to growth vs. austerity but what societies and their governments actually face is more complicated than that. Here's a brief summary of the main conflicts facing economic policy today:

1. A monetary union that lacks fiscal rules is inherently unstable, especially when a) the countries of the union start from different points of economic development, and b) in the run-up to the bust, surplus countries in the union, like Germany, are willing to support the spending sprees of debtor countries, like Greece;

2. Citizens of the surplus countries reasonably chafe at bailing out those of highly indebted countries;

3. Citizens of indebted countries reasonably chafe at austerity measures imposed on them by surplus countries;

4. Austerity measures at a time like this are more likely to deepen government debt levels than to reduce them;

5. The people of Europe - though curiously, not America - appear to be recognizing the damage done by austerity measures and this is starting to play out in the national and local politics.

Put these all together and you get a feel for the three-dimensional chess game this has become.

The solutions, on the other hand, are generally known:

1. There must be a bailout fund with enough fire power to ensure solvency.

2. Creditors holding the shakiest debt will have to continue to write down at least part of the loans.

3. Countries with high unemployment must engage in Keynesian measures to bring their jobless rates down and start generating tax revenue (and given their high borrowing costs, that will take loans - eurobonds? - from other countries).

4. Greece must reform its tax system to be able to actually collect some of that revenue; if Greece cannot get the help it needs - and that is contingent on the Greek people and their government accepting the terms of that help - they need to tear off the band aid and leave the eurozone. That may be a harsh judgment, and no one can claim to know what happens next, but the current situation there is becoming unsustainable.

Politics is the problem in Europe

It is politics, of course that stands between this solution set and its implementation, and here, as noted above, interesting changes are occurring, at least in Europe.

With the election of Francois Hollande as the new president of France and its resultant momentum, German Chancellor Angela Merkel, the standard bearer for austerity, is increasingly isolated. She remains popular, however, and is, above all else a highly resourceful politician and a political survivor.

I suspect the solution set listed above is well known and understood by her but is pre-empted by the politics of bailouts. As a highly placed German economist said to me recently, "We know what we have to do. We just don't want anyone to see us doing it."

Good luck with that.

Wrong focus in the US

And finally, as noted earlier, when it comes to austerity, American politics hasn't caught up to Europe's. Outside of a few economists, not only are there few calls here for growth measures, there's little recognition of the ongoing austerity, which is widely thought to be a European, not an American problem.

To the contrary, a recent dustup occurred here when a journalist, using publically available budget numbers, posted a short piece showing that government outlays under President Barack Obama have risen at the slowest pace in decades.

This simple and true point - backed up by evidence recently on my blog - sent conservatives into hissy fits. After all, it challenges their talking point that runaway government spending is America's biggest problem. And that talking point has been so pervasively accepted that few recognize the austerity we're imposing on our own weak recovery.

Like I said: We live in interesting times. But I suspect you, like me, long for some boredom.

The European Commission has issued a set of recommendations on how EU member states should organize their finances and fix their economies. Among them are direct bank aid and more time for Spain to rein in its deficit. (30.05.2012)

The eurozone can boast a nearly balanced current account compared to the rest of the world. But within the monetary union, huge differences between countries make for a potentially explosive situation. (30.05.2012)