A new team heads to the World Championships 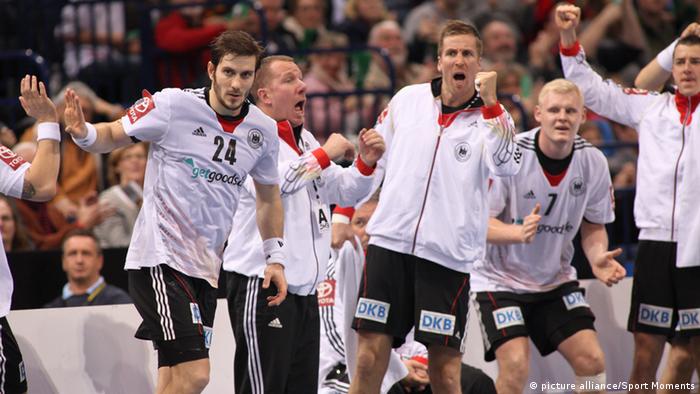 It will be a bit of a trip into the unknown for the German national handball team, which sends an entirely new-formed squad to the two-week World Championship in Spain (running from January 11-27).

In the two recent matches against Olympic silver-medalists Sweden, it was clear that despite good results (26-20 and 28-28), Germany were the weaker side and presented themselves as still not quite being in World Championship form.

"We still have room for improvement," said goalkeeper Silvio Heinevetter, who is currently missing training with an eye problem. "But I think we are on a good path."

The Germans go to the Iberian Peninsula with great confidence and a completely new squad. 48-year old coach Martin Heuberger has changed his team, bringing in seven new faces. The mix of young guns and experienced veterans is explained by Captain Oliver Roggisch: "We have got good guys," said the defender. The attitude is good, it's like a breath of fresh air, the young guys challenge the older guys, he added.

Heuberger had to rebuild his squad because some of the regulars were missing: Uwe Gensheimer had a bad injury (torn Achilles tendon). Holger Glandorf and Lars Kaufmann are missing the World Championship for medical reasons, news Heuberger has not completely met with understanding because Glandorf had been long since returned to playing with his club team. 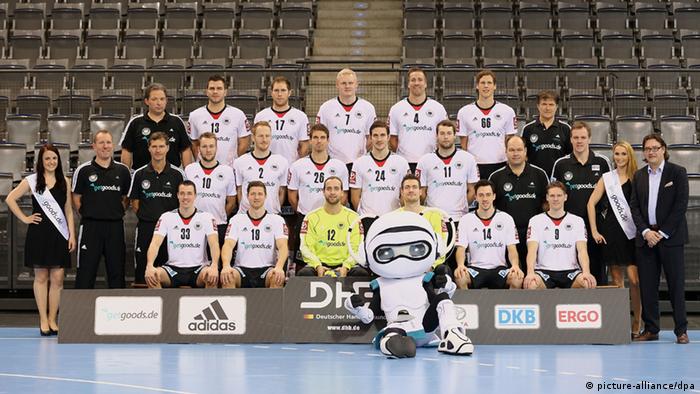 Germany is putting out "a squad with good potential," said Heuberger.

Sports Manager and former national coach Heiner Brand sees it similarly: "it's of course pleasing that the young people have made the jump. With the support of the experienced players, I'm confident they'll perform well in Spain."

And ex-national team goalkeeper Johannes Bitter attested to the team's championship capabilities: "If the boys come into the tournament well and play as a team, it's quite possible they'll go past the quarterfinal."

The German team begins the tournament Saturday (January 12, 4pm local time) against Brazil. Their other group stage opponents are defending champions and Olympic gold medalists France, African champions Tunisia, Argentina and Montenegro. The top four teams from the four six-team groups qualify for the quarterfinals. The quarterfinal is the minimum target, said the vice president of the German Handball Association, Horst Bredemeier. "A good opening round and it's into the quarterfinals." After that, it's wide open, he added.

Following a disappointing last year and the sobering 2012 European Championship in Serbia in which Germany only finished seventh, the fans want to see success again. However, just three players have more than 100 matches under their belt and only four players remain from the 2007 World Championship-winning team. The "newbies" will have to compensate for their lack of experience through hard effort and a will to win.

The German team find themselves in a state of change, but the World Championship title is still possible with good form on the day. Germany's handball team remains undefeated this year.

Hosts Spain are the bookies' favorite to win a second title after their victory in 2005. Behind them are France, who have triumphed at the last two World Championships, Croatia and reigning European champions Denmark.