A new papal position on homosexuality? | World| Breaking news and perspectives from around the globe | DW | 31.07.2013

“Gay people should not be marginalized.” That recent remark from Pope Francis has drawn huge attention. But was he signaling a new position toward homosexuals, or was he just misunderstood? 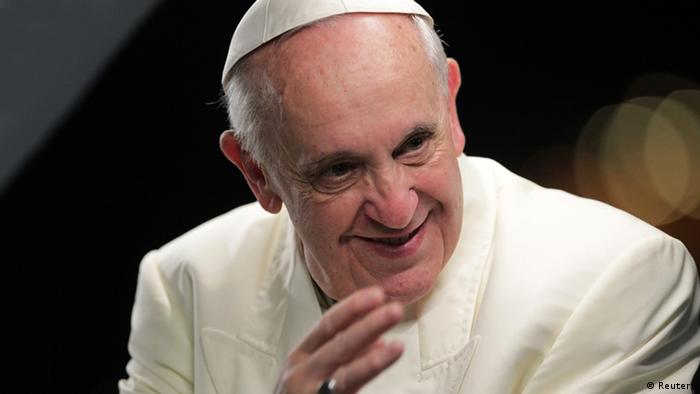 On his return flight to Rome from the World Youth Day in Brazil, Pope Francis surprised accompanying journalists when he said, "Gay people should not be marginalized," but integrated into society. "When someone is gay and seeks the Lord, who am I to judge him?" he asked.

Shortly after making those remarks, a flurry of headlines emerged, such as: "Pope warns against discriminating gays." A spokesperson for the Catholic reform movement "We are the Church" spoke of a "change of course." Christian Weiser told the news agency EPD that the Pope's remarks are a sign of hope, especially for gay priests.

In 2005, Pope Benedict XVI approved a Vatican document on how to deal with homosexual candidates for the priesthood. The paper defined "deep-seated homosexual tendencies" as "objective disorders" and excluded practicing homosexuals from consecration, EPD reported. 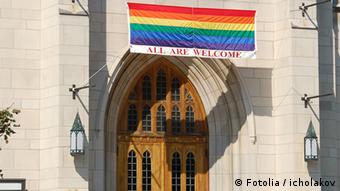 Homosexuality is a huge issue in the Catholic Church

Peter Priller, a former priest, doesn't see the Catholic Church changing course. "I can't really share all the jubilation I read about in Facebook and other media," he told DW. Priller acknowledged his homosexuality in 1995 and later his partner. The Vatican suspended him from duty and expelled him from the Catholic Church.

The Pope's remarks aren't new, according to Priller - a view also shared by theologian Martin Kirschner. "He was referring to the Catechism; he was basically repeating the teaching of the Church," he said.

Talking not about but to people

Nevertheless, Kirschner, who teaches at the University of Tübingen, Germany, sees signs of change with Pope Francis, albeit elsewhere. "What I find crucially important in the Pope's remarks is the radical change in the style he has adopted – how he says something, how he begins and how he reaches out to people," he said. In its previous teaching on sexual morality, the Catholic Church talked about people instead of talking to people, Kirschner added. This would be an opportunity to deliver the good news of the gospel. 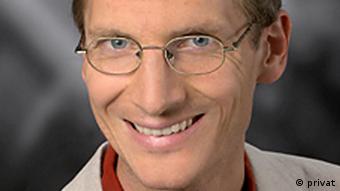 But this isn't enough for the former priest Priller. He wants more than a new communication style that only delivers the same message. "The basic problem remains – namely, the church's unusual position that all sexuality outside of marriage is a sin," he said, adding that homosexuality is therefore also forbidden. The Catholic Church, Priller argues, needs new sexual teaching. "The strict connection to marriage doesn't reflect biological reality," he said.

How to deal with divorcees

But why then did Francis speak about homosexuality specifically? Theologian Kirschner has an explanation. The media, he said, recently reported on the "gay lobby" in the Vatican, which is trying to put pressure on the pope. Asked about this issue on the return flight to Rome, Francis made it clear that he rejects "cliques." That could have been understood as bad-mouthing homosexuality in general or homosexual priests in particular. "But he made it very clear this wasn't his intention," Kirschner said.

Francis was, however, willing to touch on another point of contention: how to deal with remarried divorcees. He signaled interest in overcoming the current arrangement, which excludes divorced people from communion. He referred to Orthodox Church practices that allow a second marriage. Francis has appointed an advisory body consisting of eight cardinals to discuss the issue beginning in October. "I believe we live in a time of grace," he said.

Pope condemns gay marriage in speech to US bishops

In an address to visiting bishops from the United States, the pope has denounced gay marriage and its proponents. His words come a week after Maryland became the latest US state to allow same-sex unions. (09.03.2012)