A new NATO for an anxious age

In a guest piece for DW, Tate Nurkin of IHS Jane's Defence, says NATO faces huge tasks at its Wales summit. It must energize allies and tackle the Russian push into Eastern Europe as well as take a crucial longer view. 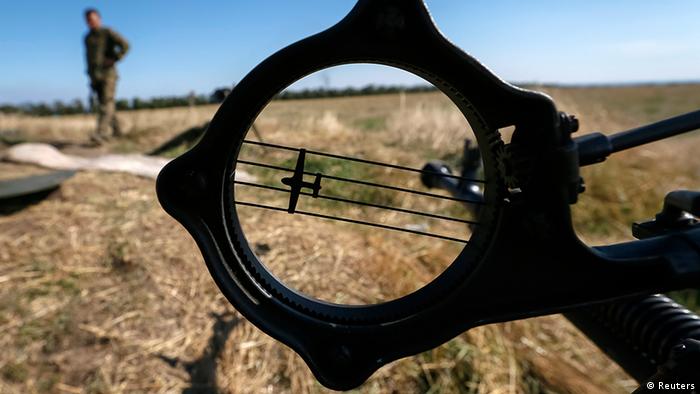 NATO's Newport summit is rapidly approaching and so, too, is a critical inflection point in the life of the trans-Atlantic alliance. For the third time in the last 25 years - after the Cold War and after 9/11-the strategic context facing NATO has shifted. From Kyiv to Kirkuk to Kabul and beyond, long-held assumptions buttressing Western-led global security frameworks are being tested and exposed in stark and destabilizing ways. In order to stay relevant in today's anxious age, NATO will have to re-evaluate its mission, role, structure, capabilities and membership of its allies.

Although this re-evaluation will not take place overnight, steps can be made in the right direction next weekend. Newport's most urgent priority will be addressing the current exigencies in Eastern Europe, but decisions about the now should be made in conjunction with discussion of a vision for the next NATO that can energize allies and partners and shape - rather than respond to - new trans-Atlantic security frameworks.

This was always going to be a year of transition for NATO. The end of the NATO-led International Security and Assistance Force (ISAF) mission, related drawdown of combat forces and transition to the train, assist and advise mission of Operation Resolute Support in Afghanistan marks a critical moment for an exhausted alliance concluding nearly 12 years at war.

Russia's irredentism in Crimea and eastern Ukraine has injected a sense of urgency and intensity to this year of transition and created the potential of a longer-term challenge to stability and security along NATO's eastern frontier. The on-going crisis has awakened existential concerns for NATO's eastern and Baltic allies as well as Nordic partners. It has also increased unease in non-member states in eastern and southern Europe and raised questions about the alliance's future membership and structure, which, once answered, will almost certainly solicit a probing Russian response. 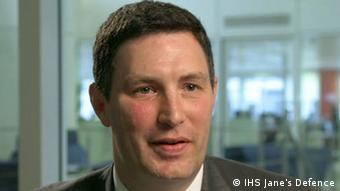 Disquiet in Eastern Europe is amplified by how the Crimean crisis, in particular, unfolded. Crimea was annexed not by traditional military force, but rather by an innovative use of Russian military assets - infiltration of "little green men" and staging of large military exercises near the Russia-Ukraine border - strategic communications and ethnic nationalism. It was part bullying, part proxy conflict, part propaganda and part invasion, but it was not fully war. To NATO members bordering Ukraine and Russia it was also an approach for which NATO was worryingly unprepared and, of much more alarm, an approach that could plausibly be replicated in states with large Russian minorities, particularly Latvia, Lithuania and Estonia.

The result has been - despite persistent US and Western European efforts to reassure - growing concerns over the enduring legitimacy of NATO's Article 5 commitments to its newest allies; concerns that strike at the heart of the cohering concept of collective security and the deterrent value it provides.

Armed conflict in West Africa, Libya, Syria and Iraq is generating unease among NATO and its members, especially those that would be most proximately affected by the spread of violence, weapons and extremism across the Mediterranean. In addition, the alliance is expending resources on combating asymmetric threats, such as cyber-threats and disruptive innovations in technology and tactics that enable more actors to affect the threat environment facing NATO. All of these challenges are unfolding within the context of an American effort to more fully engage in the accelerating strategic competition with China.

Conflict in North Africa and the Middle East has also provided a vision of a plausible alternative future for Afghanistan. Significant deterioration of the security environment in Afghanistan in 2014 and 2015 could undermine NATO's credibility - especially as the security situation after NATO's other recent military intervention in Libya simultaneously deteriorates - and will raise difficult questions for NATO and its partners who must reconcile the disheartening disconnect between a dozen years of war and increasingly distant security and stability in Afghanistan.

Aligning the prioritization and member perceptions of this expanding list of pressing and emerging threats is not a simple task for an alliance with 28 members, especially given the combination of recently strained trans-Atlantic relations and static or declining defense budgets in NATO's largest militaries.

We are witnessing a rapid decline in defense spending among NATO members. According to IHS Jane's Defence Budgets, 13 of the top 20 most rapidly declining defense budgets from 2012 to 2014 are NATO members or partners.

Conversely, Russia is experiencing a defense-spending boom that shows no signs of slowing down. In 2012, the country became the third-biggest defense spender in the world, jumping past the UK and France. Russian defense spending is expected to rise further from $78 billion (59 billion euros) in 2014 to $101 billion in 2017, placing it among the fastest-growing defense budgets in the world.

Several Eastern European and Baltic states have announced defense-spending increases since Crimea was annexed, but budget reductions, deficits of political will and force-structure uncertainty still loom over NATO's biggest militaries, amplifying concern about the capabilities the alliance commands and how and for how long these capabilities can be effectively deployed.

NATO will arrive in Wales facing an environment in which the primary colors are all mixed up and the biggest of situations - a Russian push in Eastern Europe - has ceased to excite the alliance to an instinctive and emphatic response.

This new environment will require the alliance to make important decisions to address the current Eastern European exigency. However, taking these decisions absent a longer view and consideration of critical uncertainties shaping future trans-Atlantic security, risks an alliance that is overextended, fragmented or retrenched and, more fundamentally, a future in which this resilient alliance is not optimized to shape a stable and secure Europe in an increasingly anxious age.

Tate Nurkin is managing director of IHS Jane's Defence. He is based in Washington, DC.

EU leaders agreed to embark on fresh sanctions for Russia at a special meeting in Brussels on Saturday. But their actual powers will be worked out by the European Commission next week. (31.08.2014)

The NATO alliance is pushing for a more robust cyber defense strategy ahead of its September summit in Wales. The allies are likely to express their support for applying the law of armed conflict to cyber warfare. (02.07.2014)