Bavarian police have uncovered 10,000 illegal border crossings in just a few days. The revelation has caused some to question the border-free Schengen area - and not only in Germany. 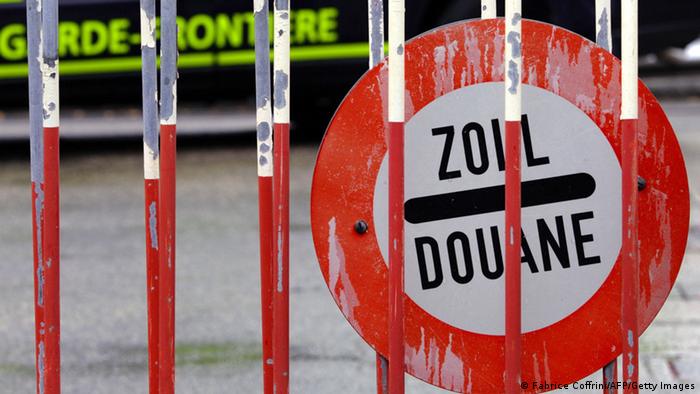 Thanks to the Schengen area, people can travel from Lisbon to Athens or from Palermo to Stockholm without stopping for controls at any of the many borders in between.

Thirty years ago, five states met in a small Luxembourg border town and agreed to abolish border checks at the signatories' common borders. Expanded over the years, the agreement has proven one of the EU's greatest and most popular accomplishments.

The Schengen provisions, however, are also popular with people for whom this freedom of movement wasn't intended: migrants from third countries.

Because of Schengen, migrants who enter the EU in Italy can continue unhindered on their journey further north, via Austria to Germany, often endorsed by local authorities. Refugees are actually expected to register in the first EU country they enter, but once they've reached the Schengen area, they stand a good chance of dodging those controls. 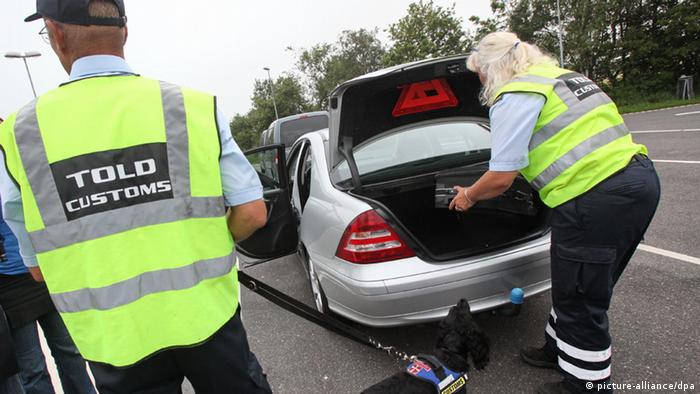 Denmark reintroduced temporary border controls in 2011, ostensibly to keep out refugees and criminals

Bavarian police discovered the extent of illegal border crossings when preparing for this week's G7 summit. EU member states are allowed to suspend the Schengen border-free agreement and reintroduce border checks for major events for a limited time. In the case of Germany, these checks are due to continue until June 15.

In summit-related spot checks since May 26, German federal police have detected more than 10,000 "illegal entrants" - "twice as many as usually apprehended during the same time period nationwide," according to Jörg Radek, chairman of Germany's police union (GdP).

"The EU external borders are full of holes, and our neighbors look the other way," Andreas Scheuer, general secretary of the conservative Christian Social Union (CSU), complained in Germany's "Bild" newspaper. "If those responsible in the EU don't allow for considerably more border controls, they're complicit in smuggling, human trafficking and other crimes."

Monika Hohlmeier is also with the CSU - but she's also an EU lawmaker. "Schengen is a huge success," she told DW, adding that waiting in line at the border is a thing of the past for Europeans.

But the accord has also become "twisted," she said. It shouldn't be synonymous with a loss of control. "Schengen should represent safety and freedom," she said. At the moment, she added, "it's only being discussed as a border-free area."

Pressure from France, Italy and Denmark

The findings by Bavarian police have raised the question of the number of incidents that usually go undetected. The Schengen system has come under increasing pressure, not just in Germany and not just since the G7 summit.

Just last month, Matteo Salvini, head of Italy's far-right Lega Nord party, urged a suspension of the Schengen system, faced with the surge of refugees and the threat of jihadists slipping across the borders.

In the wake of the Paris attacks in January, National Front leader Marine Le Pen demanded that France regain control over its borders. "We must stop immigration immediately and suspend Schengen in order to monitor who leaves and enters the country," she said.

Apparently, Le Pen can rely on considerable support: in a French survey last month, 60 percent of those polled said they questioned the Schengen system. Former President Nicolas Sarkozy has also repeatedly called for a revision of the treaty's regulations.

The issue is also in the news in Denmark, which holds its national election on June 18. The right-wing euroskeptic Danish People's Party - a party that has spoken out in favor of regular border controls to prevent illegal immigration and crime - stands to win up to 20 percent of the vote, according to the latest polls.

Goodbye to the EU? 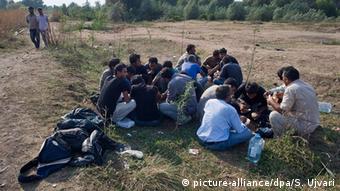 Refugees wait at the Hungarian border

In addition, she said, the European Commission should give member states greater leeway when it comes to controlling their internal borders. Under the present situation, she believes, police and legal authorities are unable to provide the necessary protection measures.

Random spot checks should be possible, she added, "preferably unannounced." In addition, member states should agree to allow police officers to pursue suspects across internal borders, in certain areas.

But to do so "would require changes to Schengen," she said. If the Commission makes no concessions, "member states will at some point decide to say goodbye to the European Union when it comes to these matters" and sort things out with each other. "And that would be a very bad development," she said.

But Hohlmeier doesn't want to consider the issue of free movement across borders from the perspective of migration. "It would be too simple to pin the problem of migration on Schengen," she said.

Others, however, have already gone on the offensive. Hungary, with its right-wing nationalist government, is one of the countries on the EU's external border. To stem the flow of migrants, Prime Minister Viktor Orban wants to declare Hungary's southern neighbor Serbia as a "safe third country," thereby removing the right of refugees to seek asylum in his country.

Orban has criticized the Commission's proposed quota system for distributing refugees, calling it "madness." Recently, a government spokesman wouldn't rule out the construction of a barbed wire fence along the border with Serbia. Such a move could make Hungary, which in 1989 became the symbol of freedom for East German refugees, the forerunner of a new European era of isolation.

The Council of Europe has criticized Hungary in a new report, condemning xenophobia and violence against migrants and minorities. The government of Prime Minister Viktor Orban denies any wrongdoing. (09.06.2015)

The United Nations (UN) has reported that 103,000 people have crossed the Mediterranean Sea to Europe so far this year. The organization's refugee agency (UNHCR) has described the figure as a "dramatic increase." (09.06.2015)

Merkel: Germany is becoming a 'country of immigration'

A number of crises have driven people to seek refuge in Germany, prompting backlash from worried citizens. Now Chancellor Merkel is calling on them to welcome the diversity, saying Germany is a "country of immigration." (01.06.2015)