A look at the European race in the Bundesliga | Sports| German football and major international sports news | DW | 30.03.2016

A look at the European race in the Bundesliga

With seven matchdays left in the Bundesliga season, the race for Europe is on. Here's a look at the six teams battling for the other four places in Europe next season, and how each of them may fare. 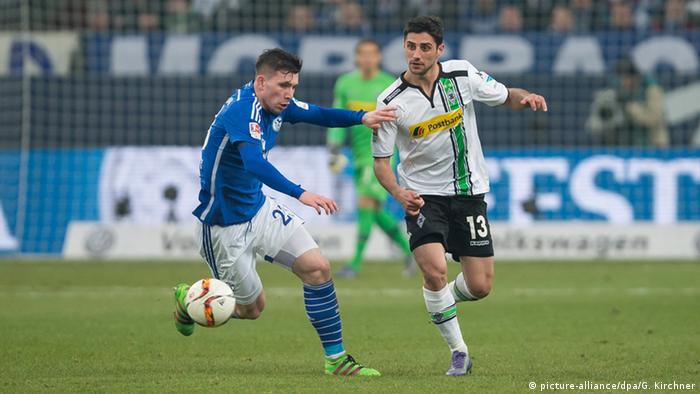 This club is not one many expected to be in the mix for a European spot, but frugal transfers and great coaching have gotten Hertha into the top four. Fairytales usually have a happy ending, and Hertha have lined themselves up for quite a comeback story. 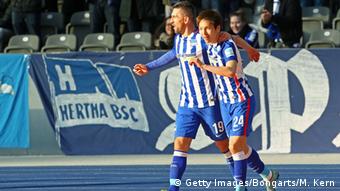 Hertha's season has seen a lot of sunshine, but they may have a hard time staying near the top when the pressure pours on

Key player: Vladimir Darida - Hertha have been one of the most successful teams on the break this season, but counter-attacking is not always a great formula for success. Darida has already given Hertha more than they could have hoped for, but he could also be the driving force that helps them return to the Champions League.

Finish: 4th – Hertha have disproved doubters time and time again, but three road matches against teams also vying for European competition will be quite the crucible. Fortunately, points against Dortmund and Schalke go a long way, which gives Hertha a nice platform to return to the Champions League.

Of all the run-ins the rest of the season, Schalke may have the toughest despite the fact they are no longer in European competition. For a team that is once again difficult to put a finger on, Schalke fixture list is not too friendly. 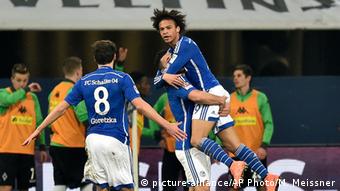 Key player: Leroy Sane – Schalke have struggled scoring the entire season, which is the reason why Sane's importance to the squad grew so rapidly. He needs to rediscover his first-half form for Schalke to have a chance to return to the Champions League.

Finish: 6th – For a young team that has not played very long together, the obstacles they have ahead – not just from top teams, but from quality mid-table teams on the road – are ones that will be hard to surmount. Maybe after another year together they will be able to return to the big European stage.

You win some, you lose some. That cliché has played itself out in the literal sense for Gladbach, but the “Foals” still remain in the Champions League picture despite their inconsistencies. 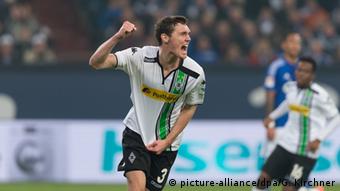 Andreas Christiansen has scored some important goals for Gladbach, but it is at the other end where his impact has to be the biggest

Key player: Andreas Christiansen – He is certainly not Gladbach's best player (Raffael definitely takes that crown), but he is a very important piece to an unstable defense. Andre Schubert has given him a lot of Bundesliga experience this season, and he will need all of it to restore a Martin-Stranzl-like presence at the back.

Finish: 3rd – Clubs with the best defense are the ones who win titles, but the best attacks tend to float to the top of the modern Bundesliga. Gladbach have one of the best, and barring missed opportunities like against Schalke, they should handle many of their remaining fixtures with ease.

They sold their best player, they are losing their mastermind sporting director, and yet somehow Mainz could finish higher than they ever have in the Bundesliga table. Their top-heavy roster has started to get the best of them though, and they may struggle down the stretch of the season. 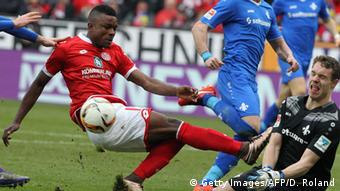 Can Jhon Cordoba continue his form? Yunus Malli may be able to help

Key player: Yunus Malli – Big clubs want this man for good reason, but the desirable version of Malli is not the version that is currently playing in Mainz's attack. When he is on form, he makes everyone around him better, and with the attacking talent Mainz has, better could mean historic table finish for his club.

Finish: 7th – Mainz were proactive in their hunt for Europe, taking points of Bayern and Leverkusen. However, it is not the big clubs they struggle against, but the small ones. Physicality is their game, but clubs don't tend to bruise their way to the top anymore.

After investing in young, up-and-coming talents over the past five years, Leverkusen do not want a regression after reaching the Champions League three of the last four seasons. However, it is hard for any team to find consistency when their coach is serving a five-match suspension. 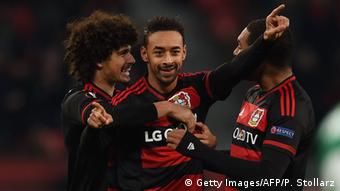 Karim Bellarabi has had much to celebrate in Europe, but those celebrations need to happen in the Bundesliga too

Key player: Karim Bellarabi – The rise of Chicharito and the revitalization of Stefan Kiessling have kept Leverkusen in the hunt, but the two cannot bring the club back to the top on their own. Bellarabi has shown flashes in Europe of the player who burst onto the scene a year ago, but he has to bring that form into the league for Leverkusen to have big European dreams.

Finish: 5th – Even when it seems like they will never get it together, Leverkusen tend to, and they will be able to with a mix of emerging players and veteran guidance. However, a tough stretch in late April/early May will likely keep them out of the top-four.

Remember when they were German Cup champions? Yeah, good times. Perhaps Wolfsburg were in for a slight decline after a fantastic season a year ago, but no one probably expected they would fall off the cliff they have. 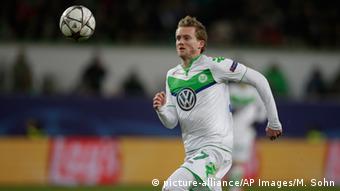 Wolfsburg have their sights set on two competitions, which does not bode well for when they try to return to Europe

Key player: Julian Draxler – Most of the players in Wolfsburg squad have maxed out their abilities, but Draxler seems to be the exception. Dieter Hecking needs the type of difference-maker Kevin De Bruyne was last season, and as De Bruyne's direct replacement, Draxler needs to be that savior.

Finish: 8th – They are the only club remaining that have a European distraction, and that European distraction slots in between fixtures Wolfsburg really need to win. Hecking seems to have run out of ideas on how to turn things around, and Wolfsburg may not even keep the coach around long enough to find the magic solution.