A kayak tour of Argentina for environmental protection

Environmental campaigners kayaked 350 kilometers to urge lawmakers to pass a bill to save the wetlands. Then, they shouldered their boats and continued on foot — all the way to the Argentine National Congress. 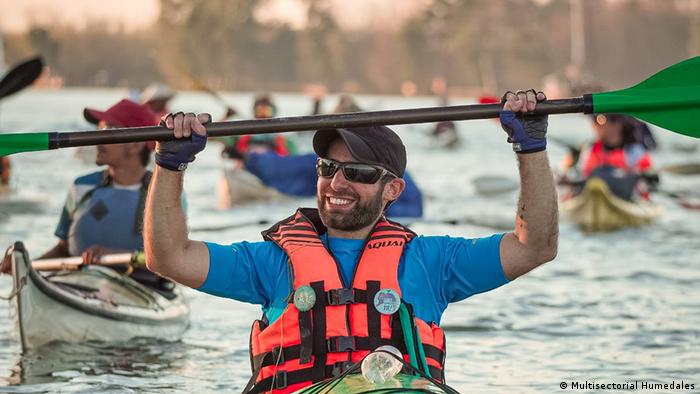 Juan Camelia is not really much of a sportsman. He got his kayak just six years ago, to paddle about on the Parana River and go camping in the great outdoors. Now, he is one of more than 40 kayakers who have caused a considerable stir in Argentina with their spectacular environmental campaign to get the Congress to pass a bill to protect the wetlands.

"I'd never paddled a distance like that in my life," Camelia said. "Most of us hadn't. I'm absolutely shattered — and, at the same time, I'm really happy, because this tour has achieved a tremendous positive response."

There were biologists, lawyers and doctors among the kayakers who donned the spray skirt for the journey. The youngest was 20 years old, the oldest an impressive 75. One participant even came from Chile. 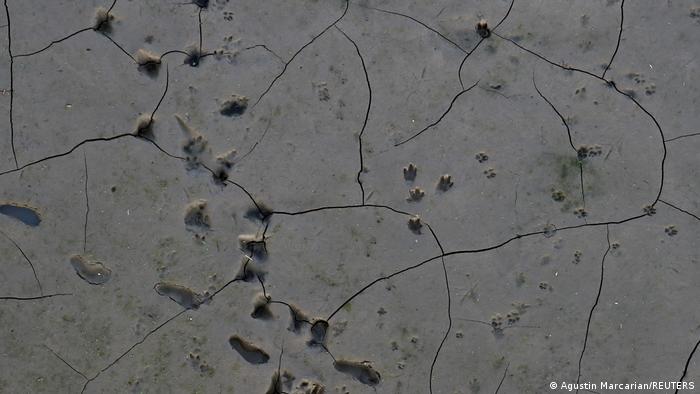 Previously, 80% of the land in the Parana Delta was underwater — now, just 20% is

Nowhere in Argentina are the overexploitation of nature and the consequences of climate change as evident as on the delta of this river. The Parana is almost 5,000 kilometers (3,000 miles) long, winding from Brazil in the north down through Paraguay to Argentina, where it meets the sea at Buenos Aires, in the Rio de la Plata estuary. Its 14,000 square kilometers (5,400 square miles) of swampland are home to about 700 species of plants and animals. This unique ecosystem is acutely endangered.

"The wetlands regulate the ecosystem here, and, if they become smaller, the effects of climate change in the delta will also be far more severe," said 32-year-old Juan Camelia, who works as a communications scientist at the University of Rosario. This was the reason why, almost exactly one year ago, he came up with the idea of spending a week kayaking down the Parana River and creating a social media campaign around the trip.

"Everyone who saw us applauded us and cheered us on. There wasn't a single instance of aggression. People gave us cakes, candies, water," Camelia said. "But many also said: 'It's great that you're doing this, but there's no point — the politicians won't listen to you.'" 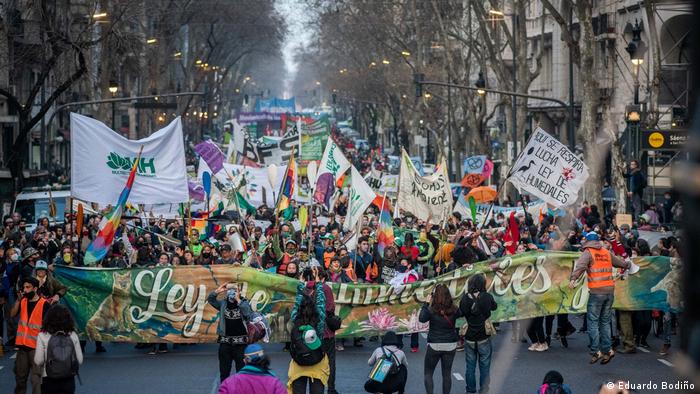 Once they reached the capital, the kayakers continued on foot to present their demands

The kayakers' journey didn't simply end on the Rio de la Plata in the capital. They shouldered their boats and continued on foot to the Argentine National Congress, where they presented a petition to politicians from the Agriculture Ministry. The petition, supported by 380 social organizations, called on the government to finally push through the a law to protect the wetlands that has been on hold now for half a year. 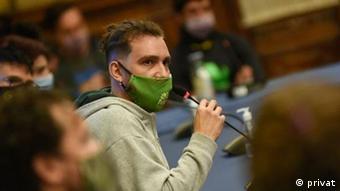 Perugino and the Multisectoral Humedales wetlands organization promoted the tour

"In Argentina, you don't get rights by begging for them on your knees," said Ivo Perugino, a member of the environmental organization Multisectorial Humedales, which organized the tour. "You have to take to the streets and demand them — or, in this case, to the water. We even camped out on bridges for seven days to stop the extensive export of agricultural goods to Brazil and Uruguay, but we realized that wasn't getting us anywhere with the politicians. And so we came up with the idea of kayaking all the way to Congress in Buenos Aires."

It was almost impossible for the kayakers to navigate the Parana River at all because it has fallen to its lowest level in half a century. This is the consequence of an agricultural policy in which profit takes precedence over environmental protection. Bulldozers are clearing millions of hectares of forest for cattle farming and soybean cultivation to satisfy Argentina's biggest export sectors. And more farming means more water consumption. Previously, 80% of the land in the Parana Delta was under water. Now, it's just 20%. "The situation concerning the delta is really critical — almost hopeless," Perugino said. "There's so little water in the river right now: It's at a historic low. Fauna and flora are suffering, which also results in risks to the health of the population. It's an ecological disaster. There are few wetlands left. And no governor, no politician, is really addressing the issue."

It seems that in Argentina, too, civil society has understood the gravity of the environmental situation far better than the government. When nearly half a million hectares of forest burned in the country last year, presumably as a result of arson, Perugino and his fellow activists drummed up hundreds of volunteers in the space of just two days to put out the fire near Rosario.

They financed the firefighting equipment through a hastily organized fundraising campaign. And what about the government? "Over the entire year, they sent us 15 brigades of firefighters and two firefighting planes, which were virtually useless," Perugino said. "For the past year, we have been breathing air in Rosario that is five times more toxic than the human body can tolerate — the product of arson." 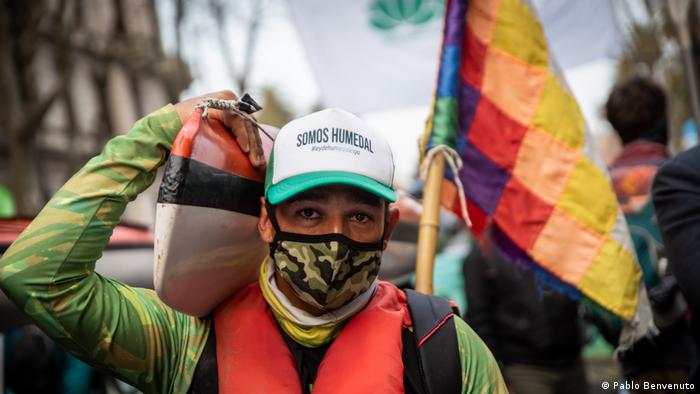 It's Enrique Viale's job to put the arsonists behind bars. He's a lawyer specializing in environmental law: — a job that doesn't win him many friends. "The area of greatest impunity in Argentina is the environmental sector," Viale said. "In Argentina, if you steal a loaf of bread, the penalties are more severe than if you commit arson and destroy a thousand hectares of forest. For that, not a single person was put behind bars last year." 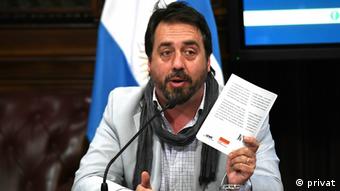 Viales, who has specialized in environmental law since 2004, works on several issues

Viale could never imagine working as a conventional lawyer, which is why he founded the Argentine Association of Environmental Journalists in 2004. He sees the kayak caravan as a "heroic act." Above all, though, Viale no longer feels all alone in his fight to save nature.

"In recent years, people are taking to the streets to demonstrate for environmental protection — especially young people in urban areas," he said. "That's fantastic, because in the past there were very few of us campaigning for this."

The movement is still in its infancy, though, because taking a stand on the environment won't win you an election in Argentina. "To this day, large sectors of politics have not understood the problem," Viales said. "They still see environmental protection as something way down the list of priorities. "To them, it's a blind spot; there's no need to debate the issue. They say we must solve the social question first  overlooking the fact that impoverishment and environmental pollution go hand in hand."

The best example of this is the 2015 environmental disaster near San Juan, where millions of liters of cyanide solution leaked out of a gold mine and contaminated the drinking water. Thanks to Viale, there is now a new mining law: Today, a mine can be closed if there is a serious breach of environmental regulations.

For Enrique Viale, passing the Wetlands Act is a long-overdue step for the protection of nature. "Politicians and entrepreneurs are destroying these regions to build residential areas for the rich, which they then proceed to sell with the slogan 'Living in Nature,'" he said. "It's high time we put a stop to this extractivist madness."