On Sunday, an overwhelming majority of Chileans voted to scrap the country's Pinochet-era constitution. However, this is only the first step in a long transformation process, writes Johan Ramirez. 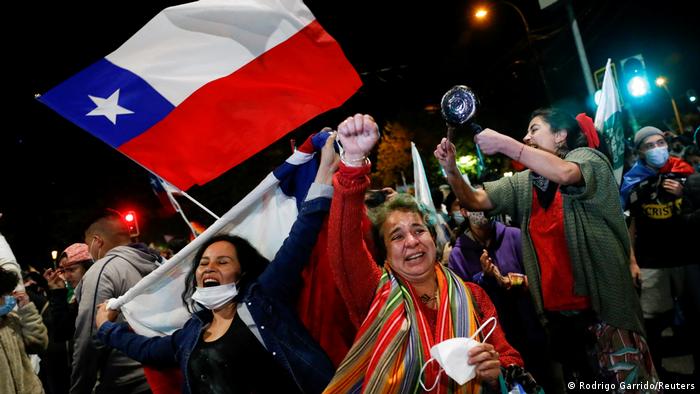 Sunday marked a historic day in Chilean history. And that is no mere empty phrase. The word "historic" can rarely be applied with better justification than here: Almost 80% of the electorate voted in favor of rewriting the constitution, a document dating back to the dark days of the Pinochet dictatorship, which ended some 30 years ago.

During the mass demonstrations in Chile a year ago, one of the main calls was for a new constitution that put far more emphasis on social policies. President Sebastian Pinera eventually gave in and agreed to hold a referendum on constitutional reform. Now, Chileans have sent an important signal to other Latin American countries: namely, that widespread discontent about extreme inequality can lead to a peaceful, democratic process of change.

Thousands of Chileans had begun lining up at polling stations on early Sunday morning, eager to cast their ballot. Voters were very mindful of observing hygiene rules while waiting to enter polling stations because many feared that the referendum could otherwise lead to a spike in coronavirus infections. 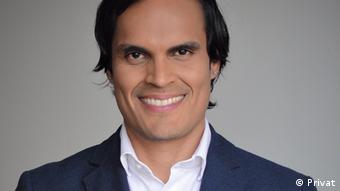 But Chilean citizens came to vote not only with face masks but with their heads held high. After a year of violent protests, there was an unspoken truce on the day of the referendum, as though to pave the way to a society with a bigger social conscience and more equality, in particular for the country's indigenous peoples. That was an impressive achievement, especially in view of the 8,575 recorded violations of human rights committed by security forces during the protests.

The referendum is also a major victory for Chile's grassroots civil society, which, without a visible leader or links to political parties, had taken on not only the Chilean government but also the whole entrenched system. The song "The People United Will Never Be Defeated," which could be heard playing throughout the Chilean capital on Sunday evening, encapsulates this spirit. It is a new chance for democracy, with Chileans displaying a blind faith in state institutions that is almost moving.

Much work lies ahead

This overwhelming victory is only the first step, however, in a long transition process. The country’s political camps must now work together to move ahead and bring about the change that Chile needs.

While the vote in support of constitutional reform is immensely important, it certainly is not the cure-all for Chile's many problems that many have made it out to be. Inequality has been deeply ingrained in Chilean society for decades. No referendum will change that overnight.

The far-reaching reforms demanded by Chileans can only be achieved step for step. They will require more than simply adopting a new constitution and new laws. Ordinary Chileans must be patient. And Chilean lawmakers will need unwavering determination and political will to see through this fundamental change.

The Chilean people have shown with this peaceful referendum that they are amply mature enough to back this process. Now, one can only hope that Chilean politicians can meet the challenges of this historic moment and are up to the task of carrying out the necessary reforms.

Coronavirus digest: US braces for Thanksgiving surge 38m ago

Opinion: Germans ready to avoid a superspreader Christmas 2h ago

Opinion: Joe Biden's Cabinet picks — cause for optimism 21h ago

Opinion: When will India give women the right to bleed? 22h ago