A German in space: Last words before launch to the ISS 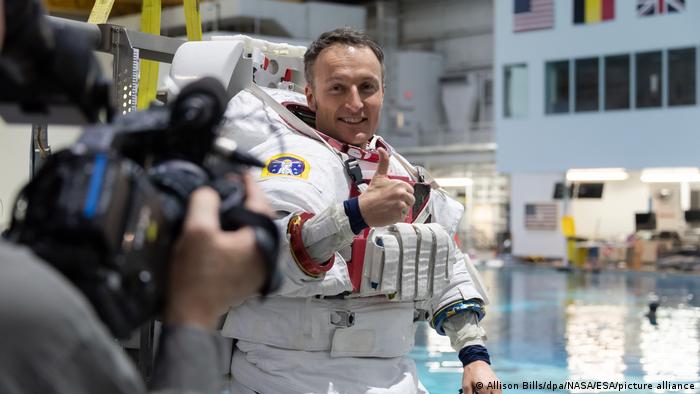 Thumbs up: ESA astronaut Matthias Maurer in training for his first spaceflight

DW: Hallo Herr Maurer! It's not long now until you board the space shuttle for your journey to the International Space Station (ISS). You spent the last two weeks before the launch in quarantine to avoid taking any illnesses to the ISS. How did you fill your days?

Mathias Maurer: We did a bit of sport. We had a few meetings and talked about the launch, and we practiced the choreography: How we exit the doors of the building, who's up front, on the left, and who gets into the car by which door.

Sure, it all has to be practiced.

Exactly, so that we don't step on each other's toes.

I get that question about 50 times a day right now (laughs).

Well, I wasn't so aware that everyone would be asking whether I was excited all the time. I think the people around me are excited themselves. It's all new for them, and they've got all these questions. But I know exactly what to expect because I've been preparing for this for years. I'll get excited once we're in the capsule and the hatch closes, though.

Until then, it's all just like it was in training. But when the rocket starts to make its noises — even during fueling, the rocket can get quite loud, I'm told, it can clatter, crack and creak — I think that will be the moment when I realize: Oh, something's different, it sounds like today is the day. 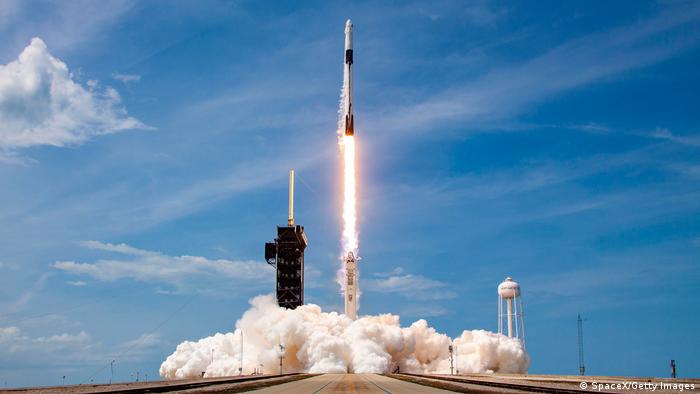 ESA astronaut Matthias Maurer will fly to the ISS in the Crew Dragon capsule, operated by SpaceX

What are you looking forward to the most?

Getting into the capsule and starting this hellish ride, going from zero to 28,000 kilometers per hour in 9.5 minutes. I'm told it's spectacular. Even former test pilots who become astronauts say that — people who are used to flying fast machines.

After 9.5 minutes the acceleration stops. And then it's all about floating for half-a-year. I'm looking forward to travelling round the world every 90 minutes, with a fantastic view of the Earth. I'm really looking forward to watching our planet from up there.

Practicing for the moon

How do you think your body will respond to the six months in zero gravity?

A lot happens to the body in zero gravity. First, it totally relaxes. It's like lying on a waterbed. Just imagine lying on a waterbed for six months — your body starts to think, "Oh, I don't really need all these muscles. I don't even need such strong bones. Get rid of them."

But it's like lying on a bed on a seven-degree slant. We're lying in bed with our feet higher than our head, and all the fluid in your body flows to your head.

So, at the start your head swells up and your legs get thinner, and your body has to deal with that. It has to lose a lot of fluid. That means that we lose about a liter of blood in space without bleeding. The body simply sheds it.

When we return to Earth, we're missing all that blood. That's why astronauts look pale when they land. The fluid shoots back into the legs, and our sense of balance is off. 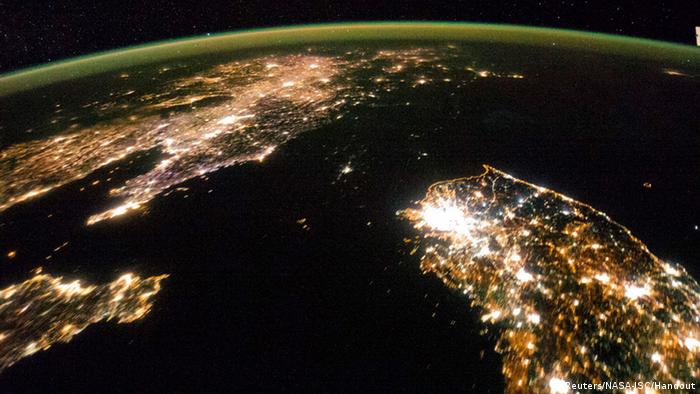 The ISS orbits the Earth at an average altitude of 400 kilometers. Astronauts say the view is a highlight of the job.

That's right, astronauts always seem so wobbly when they get heaved out of the return capsule. What else happens to the body in space?

The immune system weakens, and your eyesight deteriorates. So, lots happens and it's all in the wrong direction. But it's the same up there as it is here on Earth when we get sick. It just happens much, much faster.

My bones would weaken 30 times faster in space than on Earth if we didn't get a good diet, medication and stick to a fitness regime. Like a lab rat in fast forward.

It's the same as what older people with osteoporosis experience. And that means that the things we learn as astronauts can help people on Earth. We just do sport to counter the effects at the ISS: An hour's fitness training and an hour's weight training every day to trick the body into believing that it still needs its muscles. 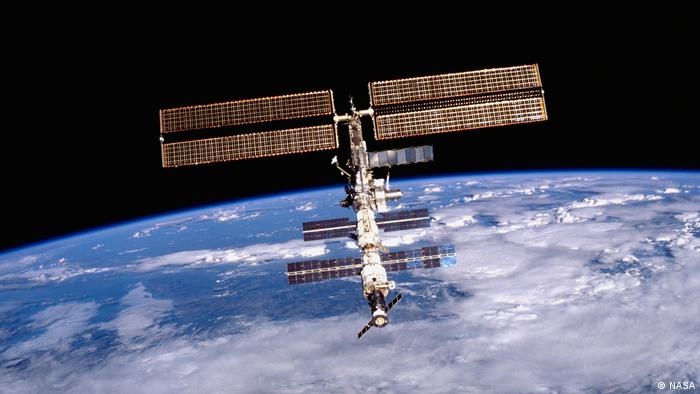 The ISS is a floating laboratory, where astronauts research microgravity itself

You'll also use a lot of your time conducting scientific experiments. Which experiments interest you the most?

Well, I am a scientist by trade, so I look forward to every experiment. It was one of the reasons I wanted to become an astronaut. I thought that if I get the chance to fly to space, I'll be able to do science in extraordinary circumstances.

3D printing, for instance, could make everything possible in spaceflight. We fly a lot of components to the ISS and that all takes up space. So, it would be great to have a 3D printer — if something breaks, you just print a replacement part. Then you shred the broken part and reuse the material to print another part. We're already testing that at the ISS. 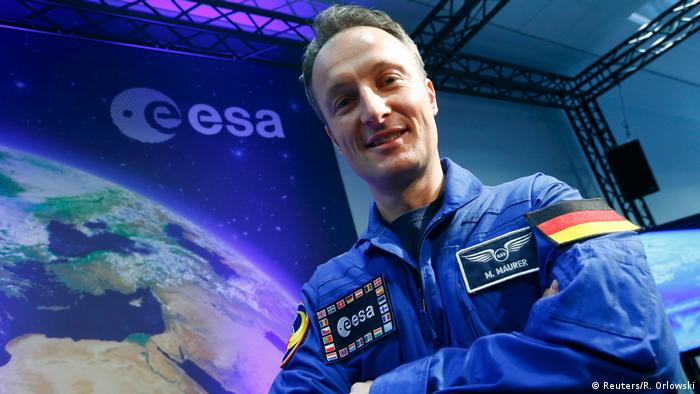 Matthias Maurer graduated as an astronaut in 2018, giving him the right to fly

But you're overseeing 100 experiments at the ISS. You won't be able to participate in every experiment, will you?

Yes, you're right. There are experiments where all I have to do is click a small box into place, in a bracket or mount. I might not even need to know any of the details. Those are our small, rapid experiments and they run fully automatically.

Then there are more complex experiments, which I need to build, or where I may even be part of the experiment. And those need to be conducted, step by step, strictly according to the instructions to ensure they work.

Matthias Maurer is the second ESA astronaut to fly to the ISS with NASA's Commercial Crew Programme. He holds a PhD in materials science and will celebrate his 52nd birthday in space. Lea Albrecht has been following his progress over the past few years and conducted this interview.

The head of the European Space Agency has said that Europe needs to beef up its space program or be left in the dust by other countries. "European astronauts should be on European rockets," he said.

Europe's newest astronaut, Matthias Maurer: 'The trainers really push you to your limit'