The 1942 Battle of Midway as a bombastic war movie: Director Roland Emmerich once again offers up crash-boom-bang. "Midway" is a digital spectacle about an analog-era war. 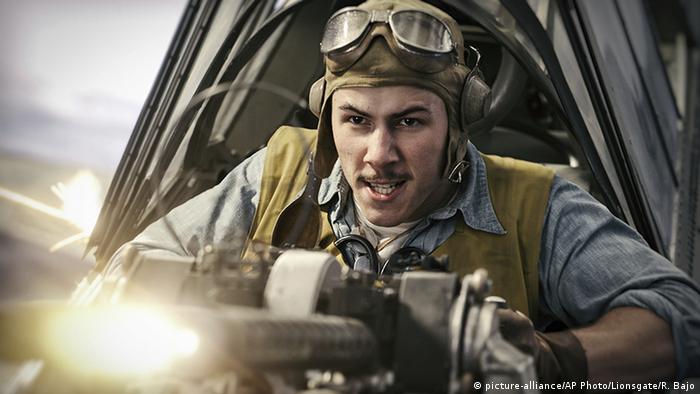 Roland Emmerich is one of the most commercially successful directors in the world. But no one would describe him as a figurehead of German cinema. His films are too similar to other blockbusters and differ only in nuances from any other Hollywood film. The same goes for his latest epic, Midway.

Roland Emmerich said in various interviews in the run-up to the world premiere of his film that he made sure that the opponents of the US soldiers in Midway — the Japanese — would not look like soulless losers. What he meant with that is, "Look, I'm not making a war film with a clear-cut good vs. bad narrative."

While that's a commendable approach, Emmerich is no pioneer in this respect. Hollywood cinema has evolved over the past decades. War films like those of the 1950s with a clearly patriotic attitude are hardly to be found anymore. 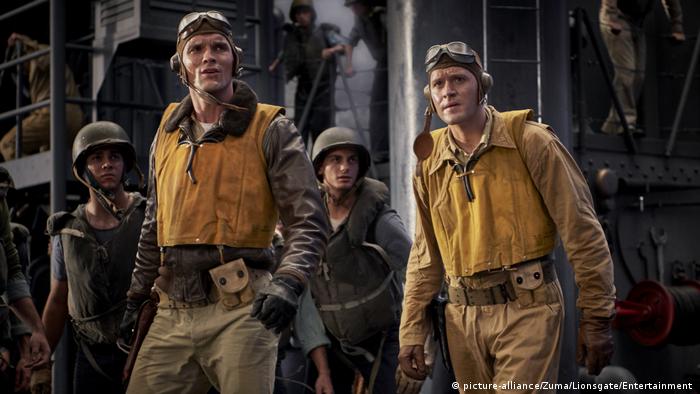 US soldiers in operation: robust and determined

His Midway offers over two hours of battle scenes at sea and in the air, with all the digital tricks that today's cinema has to offer. Emmerich pointed out that a previous war epic, Pearl Harbor from 2001, featured anachronisms such as weapons and aircrafts that didn't exist at the time. That wouldn't ever happen to him, the filmmaker claimed. But beyond his meticulous work as a director, the impact of a war movie like Midway does not depend on its historical accuracy.

Read more: What Hollywood movies do to perpetuate racial stereotypes

'Midway' is not an anti-war film

Midway remains a war movie with a lot of action, a huge battle on screen, the depiction of strong soldiers and "real man" expressions, and the "right" winner at the end. There isn't much room for thoughtfulness. Midway is not an anti-war movie — if there can be such a thing at all. 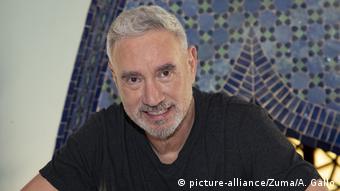 Midway shows the historical battle for the Pacific Midway Islands in June 1942, which marked a decisive turn in favor of the previously outgunned Americans in World War II.

The film begins with the attack of Japanese air forces on the fleet base in Pearl Harbor half a year earlier. Then the viewer witnesses the US Armed Forces' attempt to turn the tide. The Midway Islands were the most western outpost of the Americans in the Pacific. In the war zone at sea, which stretched several thousand kilometers, the islands were useful — for both sides, the United States Navy and the Imperial Japanese Navy. 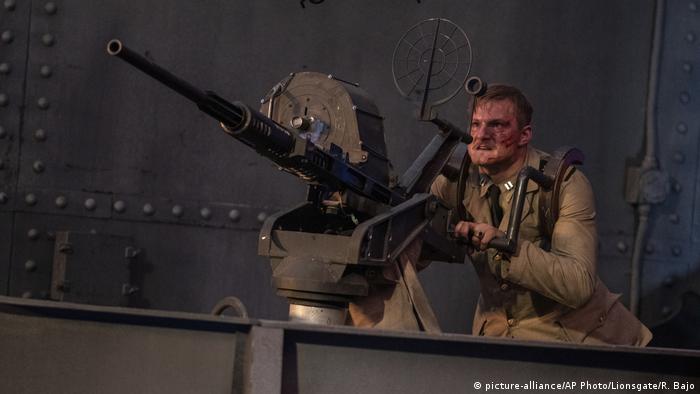 How the battle preparations are carried out by both sides, how the parties tactically tried to trick the opponent over and over again, and which role radio reconnaissance played in this process is all excitingly staged. And yet they serve only to pave the way for the cinematic "highlights": the many scenes in which planes fight each other in the air or try to sink ships.

And, indeed, sinking ships is the main focus of the film. To tell the story, Emmerich relies on the military strategy of the time: to checkmate the opponent's aircraft carriers. The film does detail intrigues in generals' ranks. But everything then leads to computer-generated sequences, in which burning ships, crashing planes or dropped bombs can be seen. In these scenes, which dominate the film, Midway is little more than a commercial, action-packed war movie.

Roland Emmerich is a pleasant, clever-minded conversation partner, a director who understands all the tricks and technical refinements of his profession. "With me you can see the money on the screen," he told news magazine Der Spiegel at the film's release — and that is meant in a positive way. Hollywood's wastefulness is alien to him, he added. 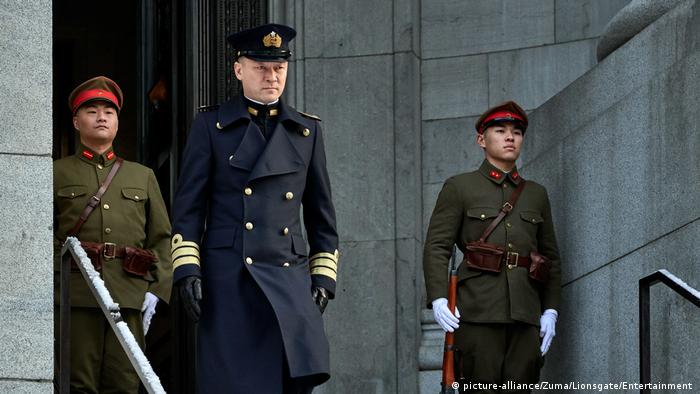 An attempt at diplomacy

But if the production of Midway cost $100 million, and not the double like some other blockbusters, the difference doesn't necessarily have to be visible in the finished product. Especially not in the digital age, when movies like Midway have the visual appeal of a computer game.

Only 100 million ("excellent value for your money," according to the director) means that the filmmaker, who comes from the Swabian region of Germany (whose people are stereotypically renowned for being thrifty), has become a very efficient and economical Hollywood director.

Emmerich is appreciated in the US because he can produce "cheaply." "I'm a specialist for big blockbuster productions and there's no director other than maybe Steven Spielberg who makes a film like Midway in 65 days," Emmerich said about himself. That's probably true, too. Yet, it doesn't make Midway a better movie.

Interesting, however, is another footnote in the production story of Midway. Emmerich produced his film with American and Chinese funding and shot it in Canada. That is a matter worth mentioning, given the American-Chinese trade dispute. On the one hand, that is a sure bet since big blockbuster films are now dependent on the Chinese cinema market. But Chinese financiers may also have had an interest in making Japan, the old arch enemy, look outdated on the big screen. 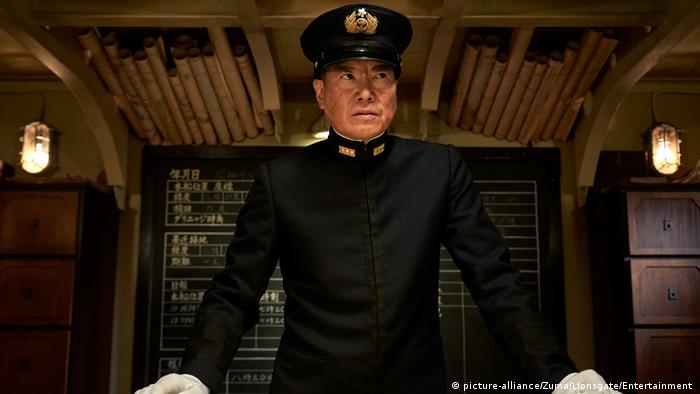 At least the Japanese were not portrayed as caricatures

Emmerich had the idea to shoot Midway 20 years ago, but his production studio at that time, the Japanese Sony group, blocked it. Emmerich revealed to German paper Stuttgarter Zeitung that Sony was not particularly interested in a project that focused on the defeat of the Japanese in World War II. That is the reason only little production money was made available. 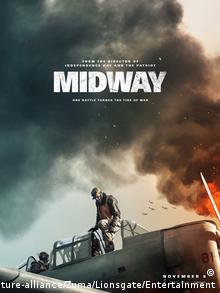 Japan was also the only country that did not make a bid for the exploitation rights for Midway. However, what also must be said is that the Japanese would have grabbed for it once the film was finished and shown to the distributors since the Japanese generals are portrayed as courageous and proud in the film: Given the immense losses of the Japanese, they go the "honorable" route and chose their voluntary death in the film.

The 63-year-old director, who now also has US citizenship, has stressed in interviews that it is particularly important right now to develop such films. "With the resurgence of nationalism and right-wing radicalism, it's not a bad idea to make such a film," he said. Midway tells of the tale of "young soldiers who risk their lives to defend freedom and democracy against fascism," he noted.

That is certainly a good intention on Emmerich's part. His film, however, is more like an off-the-shelf film about war in analog time — staged with the means of digital cinema.

A German prize recognizing the work of film producers is named after Carl Laemmle, who established Hollywood by founding Universal Studios. The first award goes to Hollywood-renowned director Roland Emmerich. (17.03.2017)

The aliens are back. But will "Independence Day: Resurgence," directed by German-born filmmaker Roland Emmerich, see as much success as its top-grossing predecessor from 20 years ago? (21.06.2016)