A fragmented answer to Syria′s forgotten conflict | Middle East | News and analysis of events in the Arab world | DW | 20.08.2014

As Gaza and the rise of "Islamic State" militants in Iraq seized international headlines, Syria dropped off the media radar. But just because no one is talking about it, doesn't mean it has gone away. 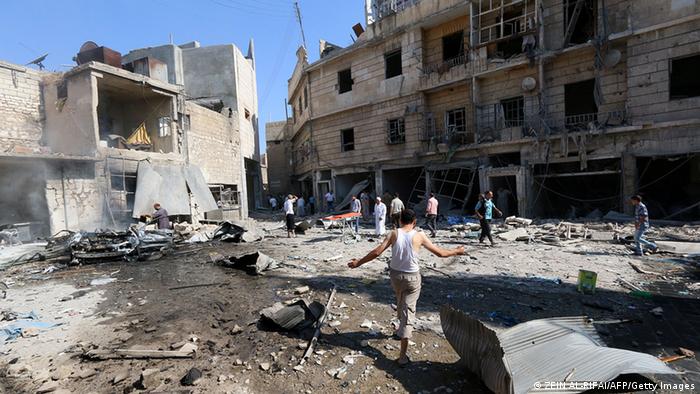 The Syrian conflict rages on, and has been made ever more complicated by the advance of militant IS fighters

For weeks, months and years, the twists and turns in the fatally complex plot that is the Syrian civil war dominated headlines across much of the watching world. But when "Islamic State" (IS) militants violently seized great swathes of Iraqi territory this summer, they stuck their flag in the top of the news agenda. Then came the launch of Israel's Gaza offensive in July, and Syria seemed to drop even further beneath the radar. But that media quiet is in no way a reflection of what is happening on the ground.

Indeed the very rise of the IS in Iraq has, and continues to impact the already chaotic political and military landscape in Syria. The jihadist group has shaken areas in the north, which had been more or less stable for the best part of a year and a half, and has become another party to the fractured conflict in which the who-is-fighting-whom is pinned to geographic location.

"In Damascus the regime is still strong," Elias Perabo, spokesman for the German-Syrian NGO "Adopt-a-Revolution" told DW. "But in the north you have the Free Syrian Army (FSA) fighting Assad, and you also have the FSA fighting the IS, and the Kurds fighting with the FSA against IS."

Perabo says when the IS, or ISIS, as the jihadist group was formerly known, first emerged in Syria a little over a year ago, there was a sense among the civilian population that after years of being failed by the international community, someone was finally coming to help them. But the sentiment was short-lived. 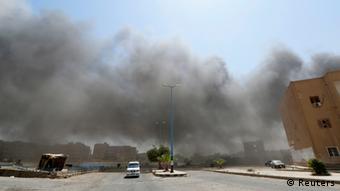 Air strikes in Raqa, which is scene of intense fighting between IS militants and Syrian government forces

"Within a matter of weeks, people figured out that they brought fresh violence and new forms of oppression," he said. "It was a totally new kind of dictatorship that has an influence on people's daily lives."

Over the past couple of weeks that new totalitarianism has resulted in the deaths of hundreds of members of the Shueitat tribe who resisted the declaration of a caliphate in their villages in the eastern province of Deir el-Zour. One local activist reported some 200 tribe members having been shot or beheaded, while the British-based Syrian Observatory for Human Rights (SOHR) put the number closer to 700.

At the same time SOHR wrote this week that more than 6000 Syrians have joined the "Islamic State" jihadist militants in the past month. Julien Barnes-Dacey, senior policy fellow at the European Council on Foreign Relations (ECFR) said IS militants are riding on their success in Iraq to swell their ranks and gain ground across the border. 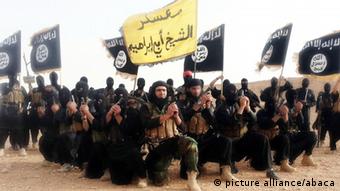 "They have used weaponry gains and the momentum of victory in terms of prestige to make new advances in Syria," he said. "They are seizing new territory and moving towards Aleppo."

President Bashar al-Assad has responded to the IS advance and ongoing attack of the Tabqa military airport - the last Syrian army forces stronghold in the northern province of Raqa - with a series of airstrikes. It is the most decisive action he has taken against the militant group since its emergence on Syrian soil.

"For years Assad has targeted the moderate opposition," Barnes-Dacey said, adding that the president is now under pressure from Iranian and Iraqi allies to change tack. "It is in their interests that he takes on the group, but it also gives him the chance to position himself as an ally of the West in the broader terrorism context."

Whether the threat from IS militants, which is more significant by far than that ever posed by moderate rebels, will ultimately push Assad towards a political way out of the Syrian conflict will depend on several factors. Not least what his regional backers want. 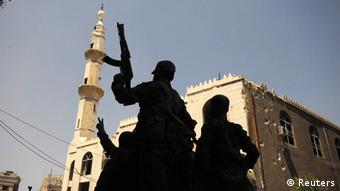 Government forces have the capital Damascus in their grip

But Perabo of Adopt-a-Revolution says it is illusionary to think that Assad could be part of the solution. "He is part of the problem," he said, adding that it might ultimately be necessary to adopt an approach as fragmented as the conflict itself.

This week Syria's state news agency SANA reported a truce between the government and rebels in the Qadam district of Damascus. It is not the first of such localized ceasefires in the capital, and Perabo says it could be one way to move forward. "We have to find solutions," he said. "And we can't look for a truce for the whole country."

Even a piece-by-piece, district-by-district approach, he continues, would require international input, which has been notably lacking since the failure of the Geneva talks.

"There has been no sign of an international pressure policy towards Syria, and we need to change this at a UN and EU level," he said.

Islam expert on IS: 'The main message is revenge'

A video depicting the beheading of a US journalist is part of a highly professional media strategy by the "Islamic State," Islam expert Christoph Günther tells DW. (20.08.2014)