A difficult road to reform India′s scandal-hit cricket body | Asia | An in-depth look at news from across the continent | DW | 31.01.2017

India's top court has named a four-member committee to run the nation's cricket board, whose reputation has been tarnished by a series of corruption scandals. Does the move portend a major overhaul of the wealthy body? 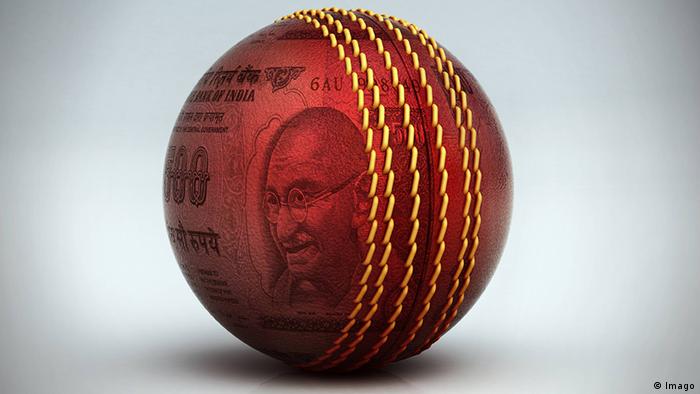 India's former government auditor Vinod Rai has his work cut out for him. Along with former Indian women's cricket team captain Diana Edulji, historian Ramachandra Guha and investment banker Vikram Limaye, Rai has the onerous task of cleaning up the proverbial Augean stables.

Using a cricketing analogy, Rai likened his role to that of a "night-watchman," noting that his main responsibility was to ensure a smooth transition for the cricket body - the Board of Control for Cricket in India (BCCI) - which has faced years of turmoil due to a slew of corruption and cronyism charges.

"The game deserves it (good governance), the players deserve it as do the public at large, who are so fond of the game," Rai told DW, soon after his appointment.

Saturday will see India come to a standstill as fierce rivals India and Pakistan meet in Kolkata in their cricket World Twenty20 match. Intense and passionate, there are hopes that it could also rekindle better ties. (18.03.2016)

India's cricket board has elected Anurag Thakur to lead one of the most powerful positions in world sport. Thakur is a parliamentarian in the ruling Bharatiya Janata Party and an ally of Prime Minister Narendra Modi. (22.05.2016)

Headed by former Chief Justice R.M. Lodha, the committee recommended sweeping reforms in the structuring and governance of cricket in the South Asian country.

The panel's recommendations included imposing age and tenure restrictions for top officials as well as banning them from serving successive terms.

But the BCCI, the national governing body for all cricket in India and responsible for organizing and conducting international and domestic cricket matches, adopted an ostrich- like attitude and chose to ignore the recommendations.

"Following match-fixing and corruption scandals in the past it's high time that the sport is cleaned up. Instead of bringing in ethical practices, the BCCI behaved like a cozy club as if nothing happened," Venkat Sundaram, a cricket administrator, told DW.

Sundaram was specifically referring to the lucrative Indian Premier League (IPL), where a spot-fixing scandal over three years ago led to the arrests of players following police raids. The annual Twenty20 cricket league is a huge draw which attracts international cricketers who earn fabulous sums through auctions.

The game's reputation took its most serious hit after the 2013 spot-fixing scandal that led to a committee appointed by India's Supreme Court to suspend two popular franchisees, the Chennai Super Kings and the Rajasthan Royals, for a period of two years.

Among its numerous recommendations, the Lodha committee suggested that a nine-member apex council replace the current 14-member BCCI working committee. Each of these office-bearers should have a three-year term and be allowed to contest for a maximum of three terms, the panel said.

In addition, the committee called for dividing the governance of the game into two parts: cricketing and non-cricketing. The non-cricketing management will be handled by six professional managers headed by a CEO, and cricketing matters like selection, coaching and performance evaluation should be left to the players.

Furthermore, it wanted the BCCI to fall under the purview of the Right to Information Act, allowing the cricket body's actions and decisions to be questioned by the public.

Ajay Maken, a former sports minister, says most sports bodies in India are badly managed. "I am against the idea of politicians running sports federations for too long. We need to change the way federations are run, but it will take time," he said.

"I welcome the court's move. Though Indian cricket has improved, its governance left much to be desired. Let us hope there are good changes," Mohammad Azharduddin, a former captain of the national team, told DW.

Headquartered in Mumbai, the BCCI is the world's richest cricketing body whose annual revenue last year alone amounted to about $295 million. Cricket enjoys immense popularity among Indians and this has helped the BCCI emerge as the richest cricketing board worldwide. A significant chunk of the board's income is earned by awarding broadcasting rights of matches and advertising rights.

Despite the huge sums being earned from almost every international tournament and series, with the IPL being the biggest cash cow, there lacks transparency on how the money is being spent.

Putting the BCCI's house in order is bound to take time. But given the huge mandate it has received from the Supreme Court, the newly appointed committee knows there is a crisis of confidence and credibility in the game that drives world cricket.

Many see the appointments as a blessing in disguise and an opportunity to usher in much needed changes.