A different approach to TB: diagnosis by rat

Specially trained rats are able to detect tuberculosis in humans, helping fight one of the world's deadliest diseases, which is one of the scourges of East Africa. 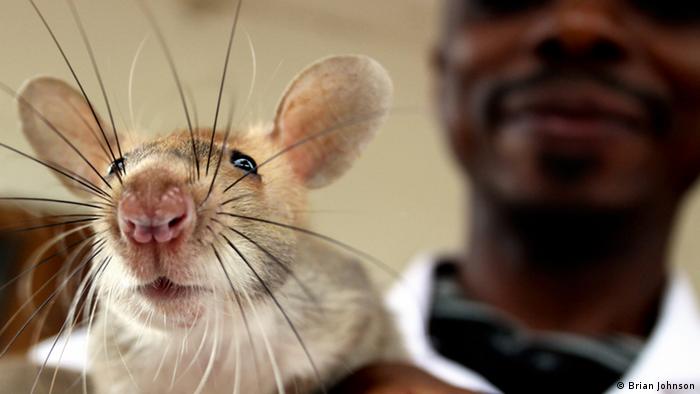 Christophe Cox has unusual colleagues at work. On the website of the Belgian NGO Apopo, he presents himself with a giant pouched rat, which is native to large parts of Africa, perched on his shoulder.

Based in the town of Morogoro in Tanzania, Apopo specializes in training rats to perform useful tasks. In Tanzania and Mozambique, a team of experts has been training the rats to detect tuberculosis (TB) with their keen sense of smell.

"Rats are basically nocturnal animals, half-blind and known to have a very sensitive olfactory organ," Cox, who's Apopo's CEO; says. "A rat relies completely on its sense of smell - it buries food underground and uses its sense of smell to find it again." 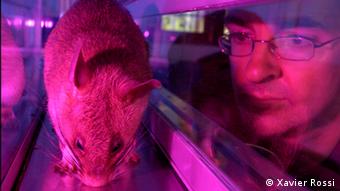 Some rats are trained to detect unexploded landmines, others sniff out TB

Apopo researchers hit on the idea a few years ago. Many pathogens have a specific smell, they argued, and set rats to identify tuberculosis. TB is deadly and highly infectious, and the World Health Organization (WHO) records almost nine million new infections every year, about 79,000 in Tanzania alone. It's comparable to HIV/Aids in its impact," says Mario Raviglione, Director of the WHO's Global TB Program: "1.3 million people die of TB and 1.6 million of HIV/AIDS every year - they're the biggest killers among the infection diseases."

The Apopo team gave rats saliva from tuberculosis patients and from healthy people, and the animals quickly learned to differentiate between the two. In 2003, the initiative won a World Bank award for its approach - the starting signal for more research at Tanzania's Sokoine University.

Five years later, the team not only had proof that rats can identify tuberculosis, but that they are much faster than their human competitors. "To detect TB, a lab technician has to zoom in many, many times before he can declare a sample negative," Cox says, adding it's a very slow and strenuous process. The WHO, says Cox, suggests not working on more than 25 probes a day. "A rat can do the workload of one lab technician in seven minutes." 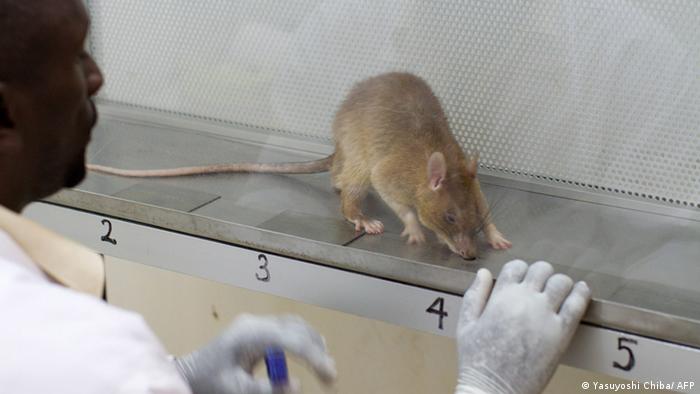 Rats are able to identify the TB bacterium by its smell

The human eye also finds it difficult to distinguish the bacillus. Raviglione says that only about 50 percent of all cases are detected under the microscope, which is the simplest, most widespread method of identifying the disease. In the other 50 percent, there are not enough bacteria in the sample to be visible under the microscope.

This is where the rats come in. In Dar es Salaam, Apopo already cooperates with 21 hospitals, all of which conduct their own TB tests. The hospitals send negative probes to Morogoro, where the trained rats take a second "sniff."

If the second test is positive, Apopo informs the hospital which then searches for the patient. "Half of the patients are sent home with the message that they don't have TB," says Cox, "and they continue infecting their families and colleagues."

Reliable, fast diagnoses are urgently needed, Raviglione says: "The tests have to be simple, too, where you will detect the presence of TB immediately and with no risk of missing the case." In addition to being simple, they should also be conducted on site to reach as many people in rural areas as possible. 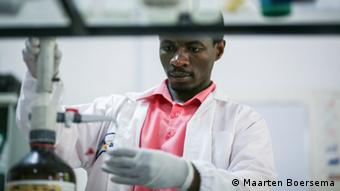 The technology was developed in Tanzania

But he's skeptical about using rats. "It's certainly a very interesting, innovative approach," he says. "I just wonder if that approach is really possible where we need it, i.e. at the periphery, because what you will need there is to keep rats alive, and the real issue is always that of the feasibility of doing the test."

The Apopo researchers, meanwhile, are convinced of their approach. The giant pouched rat is well adapted to the local environment, it's resilient and inexpensive to keep, the organization says on its website.

But since training a rat takes nine months, Apopo decided on innovative financing. People who would like to support the project can symbolically "adopt" a rat: sponsors pay for and then experience their rat's development and training.

A drug for dogs treats worms in schoolchildren

Researchers in Switzerland have found a new substance that kills parasitic worms in children. But the substance isn't new. Vets have been using it to deworm dogs for several years. (13.02.2014)

An EU in East Africa?

Passport-free travel, a common market, and a single currency. Sound like the EU? It's Kenya, Tanzania, Uganda, Rwanda and Burundi, and they're being warned to take things slowly. (12.01.2014)