The Czech Republic, Slovakia, Malta and Latvia are casting their ballots in day three of EU parliamentary elections. Many predict nationalists and far-right groups are expected to make historic gains. 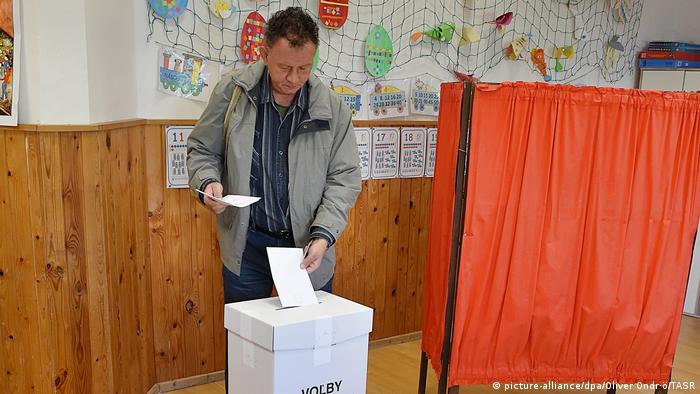 Voters in the Czech Republic, Slovakia, Malta and Latvia headed for the polls on Saturday as part of EU-wide parliamentary elections.

The United Kingdom and the Netherlands cast their ballots on Thursday, with Ireland heading to the ballot box on Friday. The Czech Republic is voting over both Friday and Saturday.

Germany, along with 21 other countries, will vote on Sunday, with results expected Sunday night after all countries have voted.

Around 418 million voters from the European Union's 28 member states are eligible to vote in the world's largest election which is being held from Thursday through Sunday.

The Labor party of European Commission Vice-President Frans Timmermans looked set to win five out of the 26 seats allocated for the Netherlands, according to an Ipsos poll for the Dutch public broadcaster NOS.

Controversy in the UK

The main reason given by polling station workers was that the would-be voters' forms had not been processed in time. However, in some cases, local authorities admitted they had made errors.

Citizens throughout Europe are electing 751 members of the European parliament, although that number will fall to 705 when Britain leaves the bloc. Nations get seats in the EU parliament based on their population.

Some 70 influential creators spoke out against Germany's ruling parties for climate inaction. The CDU has had to walk back its criticism of a YouTube star who slammed them for not tackling climate change. (24.05.2019)