3-D array of thousands of glass eyes to see neutrinos deep in the Mediterranean Sea | Science| In-depth reporting on science and technology | DW | 25.04.2017

We still have lots to learn about "the universe we live in." And the KM3NeT deep water neutrino telescope may help. DW's Zulfikar Abbany spoke to Maarten de Jong about the project at the Hanover Fair. 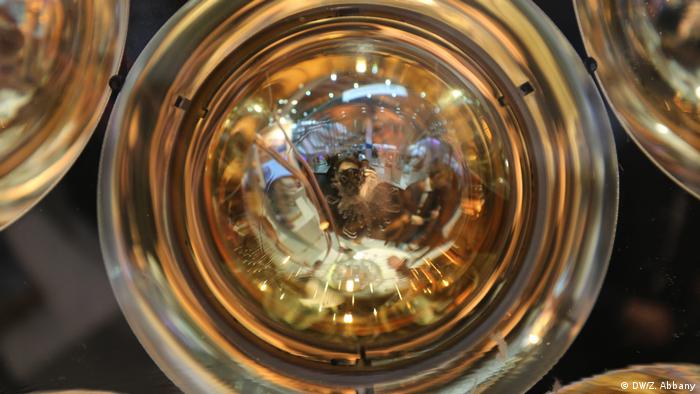 DW: Why do we need a large neutrino telescope at the bottom of the Mediterranean Sea?

Maarten de Jong (pictured below): First, this is no ordinary telescope. Neutrinos are very special particles. They are known to be "ghostly" because they interact only very weakly with matter. There are literally billions of neutrinos going through your head every second but you don't notice them - fortunately. Neutrinos react very weakly with normal matter, and I'm sorry to say this but your brain is composed of only normal matter! But we want to see neutrinos from the cosmos and we need a big detector because these interactions are so rare. So we're building a telescope in a cubic kilometer of water, with sensors capable of recording neutrino interactions with water atoms. 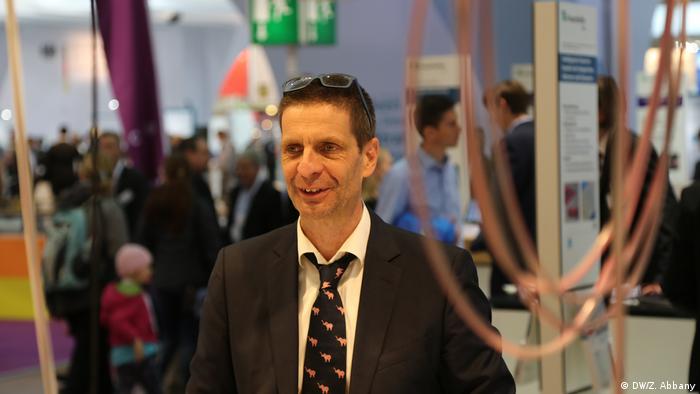 Just roll back a bit and tell us more about why we need to know about neutrinos. There's a lot of work in this area. Why are we so eager to learn about them?

Neutrinos contain a lot of interesting information which you cannot extract from the cosmos by other means. So we want to study the objects that produce these neutrinos, and then also learn about these other objects. The cool thing about neutrinos is that they can escape these sources, because they only interact so weakly. But they also retain the information about how they were produced. So if we are capable of recording them on Earth, we can pin-point where they came from, and we can learn more about the process [through which they were] produced. Then there's the question, "Why do we want to learn about that? And that's because we want to learn more about how the universe has evolved and continues to evolve, and that's just curiosity. We want to know more about the universe we live in.

So bring us back to this thing we're standing in front of and explain why this telescope will be in the ocean.

The main challenge when you want to detect neutrinos is that you need a detector that's massive enough to allow for some neutrinos to interact. And the only natural material that is affordable are the deep waters of the Mediterranean Sea. The Mediterranean is ideal. It's very deep relatively close to the shore and that's important to protect against things like sunlight. Other light properties are also very favorable. And in the first instance this is effectively a converter. Neutrino interactions produce what we call Cherenkov light - you get products that move through the sea water and in turn produce Cherenkov light, and with a huge, three dimensional array of ultra-sensitive light sensors we can record this Cherenkov light. And by reconstructing this data, we can tell where the neutrino came from and what energy it had. 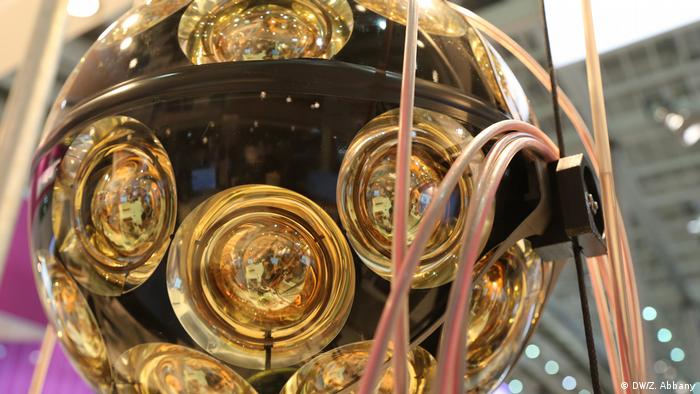 So what we see here is a glass sphere with a diameter of about 50 centimeters (19 inches). Inside the spheres there are ultra-sensitive sensors. It has to be glass to be transparent to see the Cherenkov light. This glass sphere is the basic "eye" of the detector, and this is a special detector because it won't only have one or two eyes, but thousands of eyes. We will distribute these eyes in a three-dimensional array in the water to reconstruct all the information we want to know about the neutrinos.

It's rather challenging to build such a thing in the deep sea, because you cannot use standard cranes. So we developed a system which is based on a vertical string of these eyes, or glass spheres. There are 18 on each string. We wind it up on a huge frame, we put the frame in place, and by pushing a button it automatically unfurls, making the string stand up vertically. The frame itself comes to the surface of the sea water so we can recover it and use it for the next deployment.

And the water at the bottom of the sea is extremely transparent, almost 10 times more transparent than tap water, for example, which makes it very favorable for us, because then we can put our light sensors very far apart and that is cost-effective. 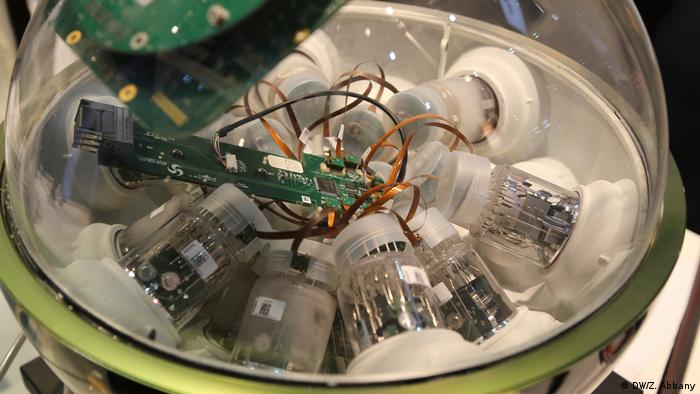 How will this complement other space observation techniques, like space labs, including the LISA Pathfinder for detecting gravitational waves, for instance?

So basically, the more eyes you have, the more you're going to see.

Absolutely. Or I should say, the more different kinds of eyes you have, the more you see!

Maarten de Jong is with the Dutch National Institute of Subatomic Physics. He is at the 2017 Hanover Fair presenting the KM3NeT telescope. KM3NeT is an international project which aims to build a large neutrino telescope at the bottom of the Mediterranean Sea.