Cold, icy temperatures early in the year gave way to sweltering summer heat in 2006. It turned out to be Germany's warmest year since 1901, according to a report from the German weather service. 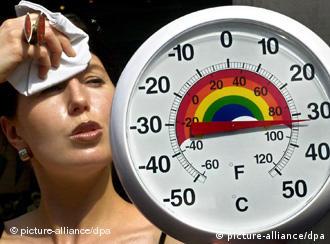 A hard winter, a wet spring, a blistering summer and a mild and sunny autumn -- it was a year that saw extremes in weather in Germany but also the warmest temperatures since 2006, according to a report released the German weather service on Friday.

In fact, temperatures were about 1.3 degrees Celsius (34 degrees Fahrenheit) higher than usual in Germany in the last days of the year over the same period last year, according to weather officials. In some regions of Germany, temperatures averages up to two degrees Celsius above average.

The unusual warm temperatures were not just evident in Germany. Worldwide, officials said that 2006 was the sixth warmest year on record.

The year began with icy temperatures but winter remained relatively dry. Spring saw rain and more rain. But summer, in a period reminiscent of a heat wave two years ago, brought with it two full months of heat and sunshine.

In August, things went back to normal with cool temperatures and rain. But soon after, records were broken again as September gave way to an autumn full of sunshine and mild temperatures, particularly in the northeast region of the country. 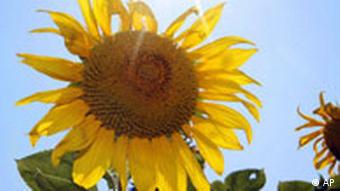 There was more sunshine that usual throughout the year

Officials said the sun was a far more familiar presence in Germany than usual.

"Each region saw between 10 to 25 percent more sunshine," according to Meteomedia weather service. The sunniest place was Lindenberg in the far south of Germany which had 2,201 hours of sunshine this year. But most areas in Germany saw at least 1,780 hours of sunshine on average.

The hottest temperatures recorded in 2006 were in Bernburg an der Saale in eastern Germany on July 20 -- the mercury climbed to a sweltering 39 degrees Celsius (102.2 F). Meanwhile, on Jan. 12, Meteomedia reported temperatures of minus 38 degrees Celsius (-36.4 F) on the Funtensee lake in southern Bavaria.

It also rained less in 2006 in most regions of Germany, according to weather officials, except in the northern coastal regions.

The record temperatures in July have had a dramatic effect on Europe's water resources. Many lakes and rivers are at record lows, aggravating problems already caused by bad water management. (02.08.2006)

Germans Too Hot for Sex This Summer

One of the rarely discussed consequences of global warming is the catastrophic effect it may have on the sexual practices of northern Europeans. (16.08.2006)

If you can't beat the heat….take a nap. People in southern European countries do, some politicians are asking: in this record heat, why not in Germany? (30.07.2006)