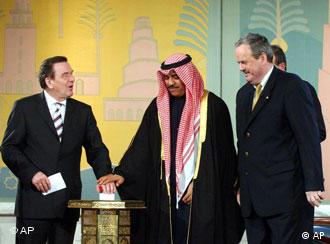 DW-RADIO: the programs in Japanese, Slovak, Slovenian, Spanish, Czech and Hungarian are discontinued. The latest distribution figures show that more than 100 million Households worldwide can now tune into DW-TV. DW-RADIO launches an initial 15-minute Ukrainian Program. Dr. Elke Leonhard, Chairman of the Parliamentary Committee for Culture and the Media, ceremoniously presses the "red button". By autumn, the program has been extended to 30 minutes.

DW-TV: "European Journal" is now available in a Bosnian edition. 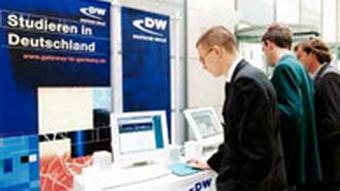 In Berlin, the DW-FORUM "Studying in Germany" is held under the patronage of German President Johannes Rau. At the same time, it is also the beginning of a 28-part series and multi-media project by same name broadcast on DW-TV, DW-RADIO and also available on the online portal "gateway-to-germany.de".

In November, the new DW parliamentary studio in Berlin is opened at the Federal Press Association on Schiffbauerdamm. 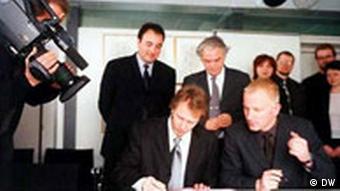 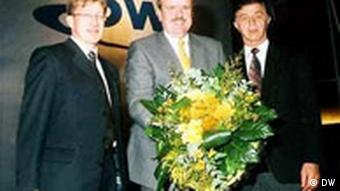 The Broadcasting Board selects Erik Bettermann to be the new DW director-general, replacing Dieter Weirich. In Berlin, the German state premiers give the "green light" for GERMAN TV. The program for Germans and German-speakers abroad is first targeted as a pay-TV platform to North America.

DW-RADIO expands programming for Afghanistan in the two main national languages, Pashto and Dari, from 30 minutes to 110 minutes daily. A half hour is also added to the program for Pakistan in Urdu. Relaunch of the DW Internet website, which is now available in 31 languages boasting many interactive features. 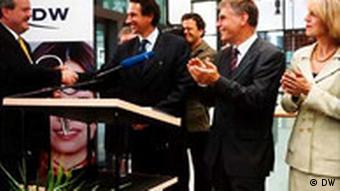 "Watch what Germany is watching today" - GERMAN TV begins broadcasting a 24-hour full program in the USA. In April, DW-TV celebrates its 10th anniversary. On 27 June, DW Director-General Erik Bettermann is handed the keys to the new complex at a ceremony in the new broadcasting house in Bonn. 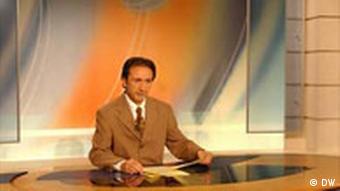 News for Afghanistan in Dari and Pashto with host Hossein Anosh

DW-TV begins broadcasting in Dari and Pashto: the German international broadcasting service provides one hour of dubbed programming daily to Afghan television. DW-TV launches a three-hour Arabic language program window on the Nilesat satellite: the news programme Journal and a DW-TV magazine with Arabic subtitles, along with documentaries and features dubbed into Arabic.

Since early September DW-RADIO sounds somewhat different: the German Program has been given a new audio design and presents its broadcasts in a new musical outfit. All of the other 29 language services of DW-RADIO will also be given a fitting musical costume.

The European Commission 300,000 Euro to the DW-TV initiative "Europe Opens Its Doors". A radio partnership for Europe: DW and Radio France Internationale (RFI) produce a joint CD to mark the 40th anniversary of the signing of the German-French Friendship Treaty.

Qantara.de is a new Internet portal that aims to create a bridge to the Islamic world - starting off in English, Arabic and German. As the Iraq conflict gathers momentum, DW-RADIO sets up a special action department consisting of staff from the German, English and Arabic services and the central editorial office.

The English Service of DW-RADIO enhances its topicality and undergoes a facelift in the areas of information and culture, business and regionalisation.

50 years of DW - Deutsche Welle celebrates its birthday. "We need Deutsche Welle. It is a necessary and important investment that we should not forego under any circumstances." These are the words of Federal President Johannes Rau on June 27 at the ceremony in Bonn marking the 50th anniversary of Germany's international broadcaster. Politicians and the director-general of the West German Broadcasting Organisation (WDR), Fritz Pleitgen (on behalf of the ARD), acknowledge the importance of Deutsche Welle in front of around 1,200 invited guests. After the ceremony in the former parliament chamber, the new broadcasting centre on Kurt Schumacher Strasse is officially opened by the Federal President.

On the occasion of the awarding of the German Film Prize in Berlin, DW-TV launches a new programme: KINO - The German Film Magazine is to help promote German film abroad.

Together with the aid organisation Cap Anamur, DW launches the international fundraising campaign "100 Classrooms for Afghanistan".

The new digital standard for the areas of long-wave, medium-wave and short-wave transmission, which provides a much better quality of transmission than analogue broadcasting, is launched during the "World Radio Conference" held by the International Telecommunication Union in Geneva.

DW-RADIO begins digital operations with twelve hours of broadcasts to Europe and the Middle East in German, English and Arabic.

On January 1, 2004, Deutsche Welle founded the DW-AKADEMIE. It unites all divisions of the broadcasting company that deal with journalism education and training. The DW-AKADEMIE therefore functions as a mutual roof for the two Training Centres for Radio and Television (RTC and TTC) in Bonn and Berlin. The education of young journalists is also a task of the DW-AKADEMIE. To expand its activities, a training programme is being developed for overseas employees of German businesses, organizations and institutions. 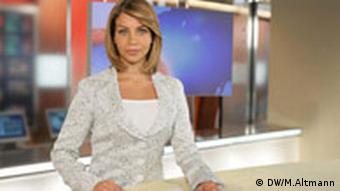 The new Deutsche Welle Act comes into effect on January 1, 2005. The key to the amendment is expanded and upgraded programming. In addition, the use of telecommunications – especially the Internet – verifies that DW-WORLD.DE will become the third media pillar.

On March 1, 2005 DW-TV launches its new Arabic service via NileSat. For the official launch on February 28 in Kuwait City, German Chancellor Gerhard Schröder, the Kuwaiti Minister of Information Faisal Al-Hajj and Director General Erik Bettermann push the symbolic red button together. On October 1, DW-RADIO goes on-air with a new plan for German programming: even more up-to-date information that is compact and in-tune with the listeners. On October 26, the relay station in Kigali/Rwanda celebrates 40 years of service. Erik Bettermann visits the celebration while on a tour through Ethiopia and Kenya.