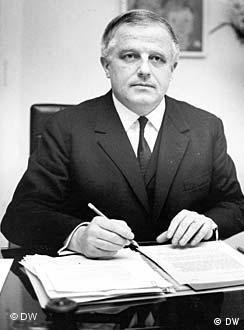 The Chinese Service begins transmissions and there is now programming in Amharic.

In view of the developments in Czechoslovakia, programs by DW-RADIO are temporarily extended by around three hours.

The next crisis follows on its heels. Due to the military dictatorship in Greece, DW answers by doubling its transmission time in Greek, and above all, with a high degree of credibility. The Greeks still thank DW today for this involvement by remaining loyal to DW programming.

Launch of the Macedonian and Japanese services.