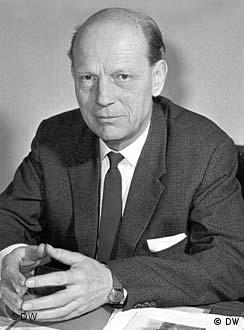 Deutsche Welle becomes an independent broadcasting service, based on the law for establishing broadcasting institutions under federal law. Accordingly - although only until June, 1962 - DW is no longer a member of the ARD - the association of German public broadcasters. 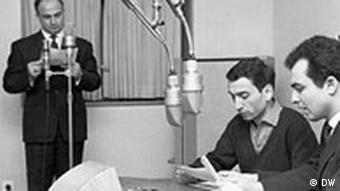 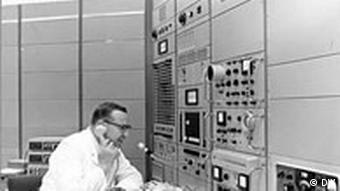 DW-RADIO vastly expands its programming. The new languages are Persian, Spanish for Latin America and Portuguese for Brazil, Turkish, Russian, Polish, Czech, Slovakian, Hungarian, Serbian and Croatian. The English Service, previously only broadcast to North America, is expanded as well and can be heard in Australia, East Asia, the Pacific and Africa. The French Service is now also broadcasting to Africa.

Following the establishment of the radio transcription service, DW launches its first television activities. In addition to radio manuscripts and tapes DW begins distributing film copies. The first country to receive these is Sudan. DW-RADIO adds new languages: Kiswaheli and Haussa for Africa, Indonesian for Asia, as well as Bulgarian, Romanian and Slovenian in Europe.


The signal generator and reception station at Bockhacken begins operations.