14 injured at Frankfurt Airport after hauler collides with bus

A bus and a hauler used to tow aircraft have collided at Frankfurt Airport, injuring 14 people. There were 72 people who had just arrived from Spain on the bus heading across the tarmac towards a terminal. 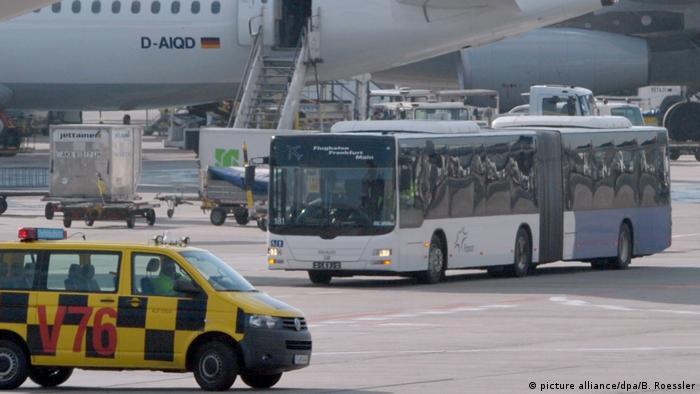 Police said initial inquiries indicated that the hauler had rammed the bus after ignoring its right of way.

The 72 passengers on a Ryanair flight from Seville, Spain, had just disembarked outdoors on Frankfurt Airport grounds, according to operator Fraport.

The bus driver and 13 passengers were hurt. One of them was in serious condition and had been taken to the hospital for additional treatment.

It wasn't the first accident this year on the grounds of Germany's largest aviation hub, which last year had 64.5 million passengers.

Swarms of people, loudspeaker announcements, the smell of food and the scent of perfume from duty free shops are left behind. In the prayer rooms at Frankfurt Airport people look for peace and comfort. (13.01.2015)