Some 1,200 prisoners, including convicted murderers and al Qaeda members, walked out of a Yemeni jail when fighting led guards to abandon their posts. The jail break is the latest example of instability in Yemen. 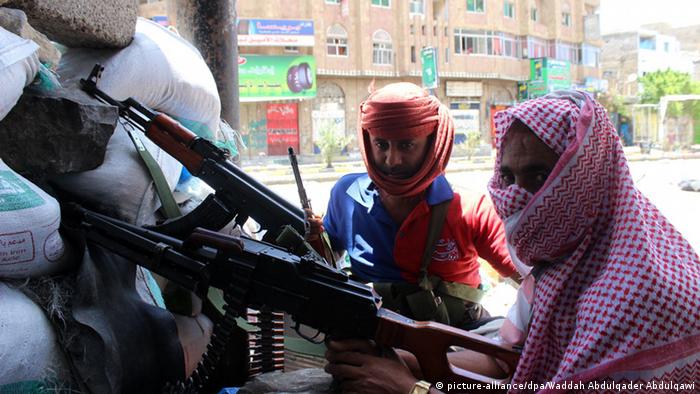 Warring factions disputed who was responsible for the release of roughly 1,200 prisoners from a jail in Taiz, Yemen's third largest city.

State news agency Saba, controlled by the Houthis, said that al Qaeda fighters and militia members stormed the prison on Tuesday. But forces loyal to Yemeni President Abed Rabbo Mansour Hadi said it was the Houthi rebels who threw open the prison's doors to cover their withdrawal from the city as the pro-government's Popular Resistance Committees advanced on the city.

The jail break marks the third time convicts have been freed from Yemeni prisons since as Saudi-led air campaign targeting Houthi fighters began in late March. Militants from al Qaeda's branch in Yemen, al Qaeda in the Arabian Peninsula (AQAP) released some 300 prisoners from their cells in the port city of Mukalla in April, and Houthis allegedly freed inmates in the southwestern city of Dhale.

Taiz was overtaken in March by the Shiite Houthi rebels, who are thought to be supported by Iran and are fighting to reinstate former Yemeni President Ali Abdullah Saleh. Al Qaeda and other Sunni extremists, including militants from "Islamic State" (IS), have vowed to kill Shiite Muslims, who IS considers heretics, not only in Yemen but across the Middle East.

Houthi rebels have taken control of swathes of northern Yemen since launching an offensive last July that forced Hadi to flee to Saudi Arabia. Their advance and ongoing conflict in Yemen has led to increased instability that is proving to be fertile ground for violent extremists. 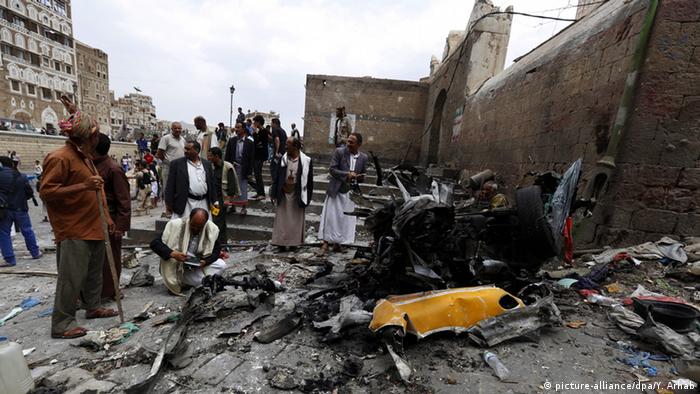 A car bomb in Sanaa killed at least 28 people

Al Qaeda long found Yemen to be a safe haven for their militants but the terrorist group has recently come under increasing pressure from jihadi rivals "Islamic State." Most recently, at least 28 people were killed in an IS attack in the capital, Sanaa.

Saudi Arabia has led airstrikes in an attempt to rout the Houthis and allow Hadi, currently in exile in Saudi Arabia, to re-establish control over the country. Airstrikes and fighting on the ground have left over 1,000 people dead and displaced more than 1 million as access to food, clean water and medical supplies has become increasingly scarce.

Human Rights Watch has reported that Saudi-led airstrikes that destroyed houses, markets and a school and killed dozens in May could constitute war crimes.

Peace talks sponsored by the United Nations in June failed to bring the warring sides any closer together.

IS claims responsibility for Yemen bombings

At least 31 people were killed Wednesday and dozens wounded in five simultaneous bombings claimed by the Islamic State group at Shiite mosques and offices in the Yemeni capital. (17.06.2015)