At least 11 people have been killed in an attack in Cairo on people protesting against Egyptian military rule. Dozens of demonstrators were injured. 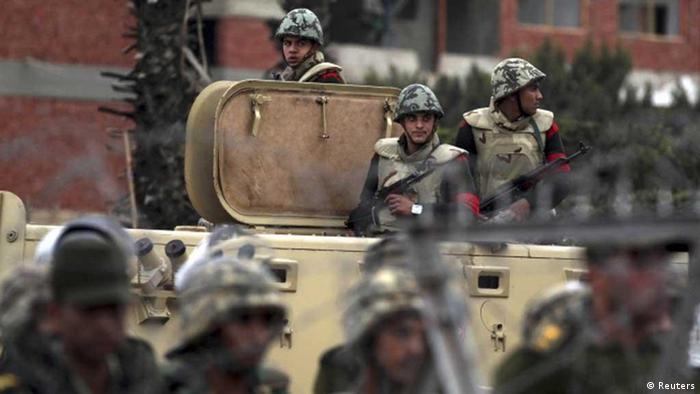 The unidentified attackers wielded clubs, rocks and firebombs, beating some of the hundreds of protesters gathered outside of Egypt's defense ministry in a dawn assault, officials said.

Reports said at least 11 people had been killed and 50 injured.

The demonstrators were part of an open-ended protest that started last week against military rule. Many of them were supporters of Hazem Salah Abu Ismail, an ultra-conservative Islamist who was barred from running in upcoming presidential elections because his mother has dual US-Egyptian citizenship.

State media in the past has attributed attacks on demonstrators to locals irritated by disruptions. Police and troops are deployed outside the Defense Ministry but apparently do not intervene when protesters are attacked, the Associated Press reported.

Egypt's military has been ruling the country since the ouster of President Hosni Mubarak by a popular uprising in February last year. The junta has said it will hand over power to an civilian president after the final round of elections in June.