The world celebrates Carnival over five days in February. A few German carnival strongholds actually get an early start at it, on 11/11 every year. Here are 11 unusual and colorful Rhineland traditions.

The 11th day of the 11th month is a magical date for Carnival-lovers. In German carnival strongholds, which include the Rhineland, and especially Cologne, Bonn, Dusseldorf, Aachen and Mainz, the season officially begins at precisely 11:11 a.m.

A jester called "Hoppeditz" awakes in Dusseldorf, Cologne greets its trio of fools and the traditional "Fool's Charter" is read in Mainz, accompanied by the famous "Narhalla" parade. These celebrations usually take place on the main square or in front of city hall in different cities. People go out wearing costumes, and local musicians as well as loads of alcohol keep the party going on all day. Some will keep partying throughout the night, as bars are also in Carnival fever.

Read more: Enjoy Carnival in Cologne: 11 tips from a native

Official Carnival clubs in the German strongholds begin their program in January. Yet the "alternative" Carnival already gets going in December. That's why you can sometimes see people wearing costumes ahead of Christmas — and they're not going as Santa Claus.

In Cologne, the Carnival gala called "Stunksitzung" is particularly popular. The anarchist cabaret show has been held there for the last 30 years. The 50,000 tickets are always sold out within just a few hours. Other "Sitzungen" (which means sessions, but they're actually stage shows) organized by Carnival associations take place in January. These events include performances by local bands, choirs and orchestras, as well as dance groups. In Mainz, these events are rather political and literary.

After November 11, it's mostly quiet in Mainz. People rather focus on the upcoming Advent season. Yet on January 1, Mainz celebrates its official street Carnival, called the "Kampagne" (or campaign). November 11 is just a prelude to the real action launching the new year, explains Lothar Both, the President of the "Ranzengarde," a carnival club in Mainz. Once again, a parade goes through the city at 11:11 a.m. All those who have survived their New Year's Eve party can just keep on drinking while the Carnival clubs and their guards march through the streets with their brass bands and drums. 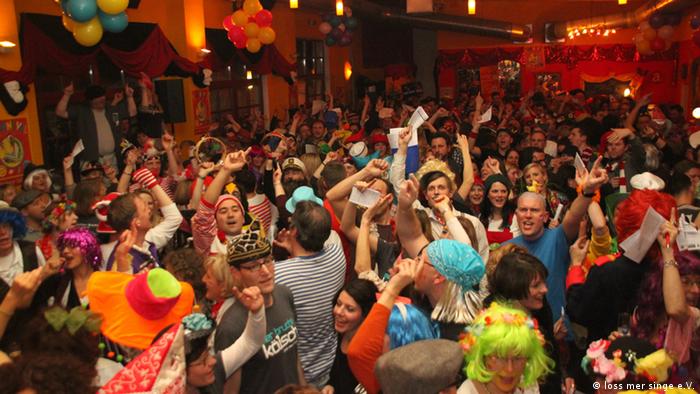 Established 10 years ago, another "campaign" has turned into a real cultural event in Cologne. It's called "LMS," and it aims to introduce everyone to new Carnival songs. LMS stands for "Loss mer singe," which is dialect for "Let's sing." This event takes the form of a tour of the pubs of Cologne, where hundreds of people practice the new songs together. A winner is chosen at the end of the evening.

The Carnival clubs in Dusseldorf organize events called "Biwaks" (Bivouacs), to introduce themselves to the population, or the "fools." At the beginning of January, these events are held everywhere, and include music, snacks and drinks - providing yet another opportunity to party. Obviously, most of these parties begin at 11:11 a.m.

6. Proclamation of the Prince in Cologne

The "Dreigestirm" or "trio of fools" rules on Carnival in Cologne. This triumvirat is made up of the prince, the farmer and the virgin (also portrayed by a man dressed as a female). At the beginning of January, these three high representatives of the Cologne Carnival come out in their magnificent costumes. During the proclamation of the prince, the mayor of the city gives him his slapstick, and the prince symbolically swings around his foolish people.

The farmer represents the fact that Cologne freed itself from the power of the Archbishops. As "Mother Colonia," the virgin protects the city. 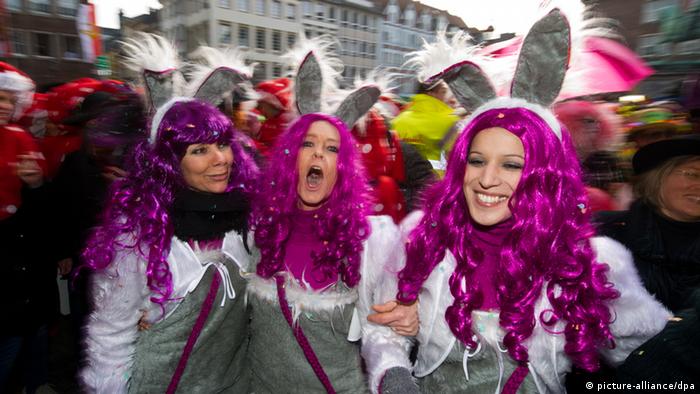 The last Thursday before Lent is very similar to the November 11 party. On market squares of different Carnival strongholds, thousands of fools and jesters take to the streets, at 11:11 a.m. of course, to enjoy speeches, music and even more alcohol. True Carnival professionals don't hold back — they'll take a week off until Ash Wednesday to party extensively before Lent starts.

Read more: A kiss for your tie? Why Carnival kicks off with gender power games

Beyond the countless carnival parties, other traditions are maintained. In Cologne on Carnival Sunday, small parades called "Schull- und Veedelszöch" go through the different neighborhoods of the city. In Dusseldorf, the neighborhood of Niederkassel celebrates the Sunday before Rose Monday with a tradition barrel race. Participants roll wheelbarrows carrying big barrels around a racetrack. Traditionally, there is a team of princes and a team of farmers in the race, as they are the rulers of the barrels' guard. Sometimes the mayor of the city also participates.

The Rose Monday parades in Dusseldorf, Cologne and Mainz are now world famous. International TV stations film these. For carnival-goers, they are the climax of Carnival season. Colorful floats poking fun at politicians alternate with brass bands and dance groups organized by carnival associations. Throughout the parade, candies and small bouquets of flowers are thrown at the crowd. At the end of the parade always comes the prince's sumptuously decorated float. For the Carnival rulers, this parade closes a week of tightly scheduled duties. 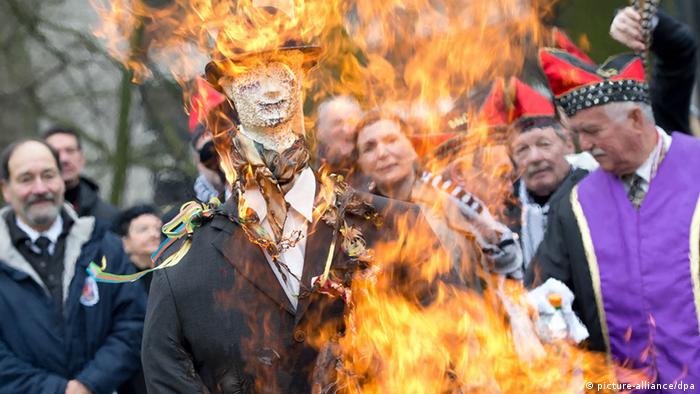 10. 'Nubbelverbrennung,' or burning of the straw man

A huge straw man called "Nubbel" hangs above pubs in Cologne. It is burned in the night before Ash Wednesday. The Nubbel stands for all the sins committed by the fools during carnival season, as well as all other recent misfortunes — for example, if the local football club lost their last game. In Dusseldorf, a similar character called "Hoppeditz" is burned that night.

On Ash Wednesday, Lent begins and goes on until Good Friday. For strict Catholics, this means going through a period of six weeks without eating meat, with fish being allowed on Fridays. Some non-Catholics also pick something they will stop consuming during that period, for example alcohol, tobacco or even the Internet. A traditional meal of fish launches the fasting period on Ash Wednesday.

Beer before work: Why is it so normal in Germany to drink alcohol in the morning?

Oh Carnival - this season of drunken stupor has a way of stretching well beyond its time each year to the point that drinking beer at all hours can seem quite normal in Germany. At least, that is, to some. (03.02.2016)

It's the only language that you can drink: "Kölsch" is a dialect most Germans don't understand - and the unofficial language of Carnival in Cologne. Here are words you need to know to get by while partying in the city. (03.02.2016)

Carnival starts on November 11 in Germany

As of the 11th day of the 11th month, German carnival strongholds organize festive events until Ash Wednesday, in February the following year. The "fifth season" is more than five days before Lent. (10.11.2016)