DW presents the first bilingual canon of 100 important works of fiction from the 20th and 21st centuries as a broad selection of German-language literature available in English. 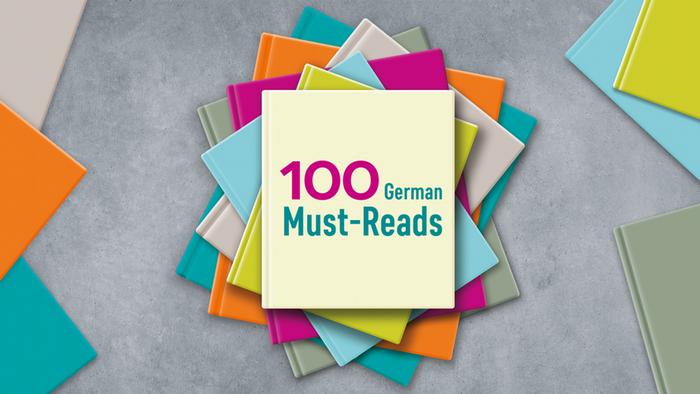 The project does not claim to be a ranking of the 100 best German novels but is rather a well-researched, ultimately subjective selection of works that DW editors believe will enrich the readers’ lives and change their perspective of German literature.

The list can be downloaded from the DW website as a poster for bookstores, literature houses and language institutes worldwide. Each book is accompanied by a web video and a background article. There are also essays, interviews, tips, links and stories for everyone who wants to delve deeper into the world of German-language fiction and its international appeal.

With the project "100 German Must-Reads," DW is setting another standard for the worldwide dissemination of German-language literature. It was created in cooperation with the Frankfurt Book Fair, the Börsenverein des Deutschen Buchhandels, the Goethe-Institut and the magazine “New Books in German.”