10 moments in 2015 that changed our environment

It was an outstanding year for the environment - in good and in bad terms. These were the most important moments of 2015. 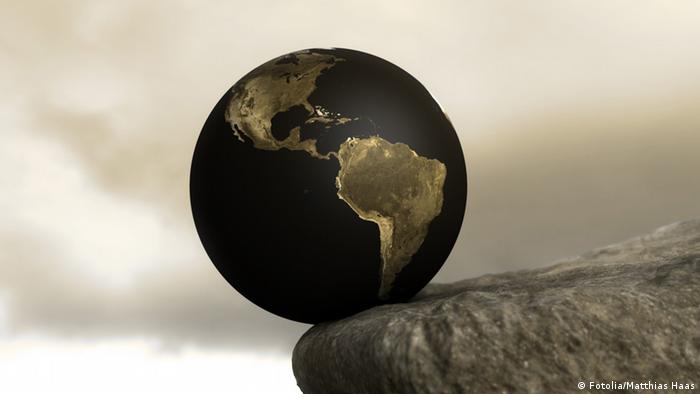 1. It’s all about money: A new climate movement stirs up the climate fight

March: It may not sound sexy, but it is effective: divestment. A new way to tackle fossil fuel companies, the divestment movement, was perhaps the fastest growing eco-movement in 2015. It aims at weakenening the fossil fuel industry by removing investment assets including stocks, bonds and investment funds from companies involved in extracting fossil fuels. Due to public pressure, churches, universities and banks are pulling out their funds from fossil fuels. In March, The Guardian joined the fight and gave the movement an even stronger voice.

2. The pope joins the climate fight

June 18: Every pope in history has published important teaching documents, so called encyclicals. But Pope Francis was the first pope to devote an entire encyclical to environmental issues. In the document, he discussed pollution, climate change, loss of biodiversity and global inequality. 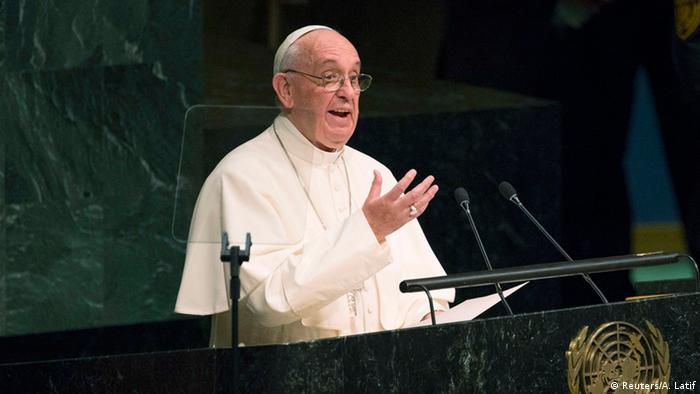 In contrast to his predecessors, he did not merely address the Catholic clergy, but rather everyone on the planet. And Francis also didn't shy away from politics: both at a UN assembly in New York and ahead of the climate summit in Paris, he urged world leaders to do their best to protect the planet. His unexpected engagement could have immense value for the global environmental movement.

3. The Netherlands is sued for lack of climate action

June 26: Can you sue your own government for its lack of climate action? Yes, you can! That’s what members of Urgenda, an environmental group in the Netherlands, proved when they won a case against the Hague. Three judges ruled that federal government plans to cut the country's emissions by just 14 to 17 percent compared to 1990 levels were not ambitious enough and unlawful, given the scale of the threat posed by climate change. It’s the first-ever case won against a government, and it shows that the fight for the environment can also be won in court. Activist groups in Norway, Belgium and other countries have already pledged to follow suit.

July 1: When Cecil the lion, one of the most famous large cats in Zimbabwe, was killed by an American hobby hunter just for the sake of trophy hunting, masses of social media users were outraged. Tourist Walter Palmer had lured the lion out of the boundaries of a national park, having wounded him with bow and arrow before finishing him off two days later. The horrific story of Cecil went viral, racked up 670,000 tweets in 24 hours. Walter Palmer received death threats, the topic was discussed on facebook walls, newspapers and TV shows. 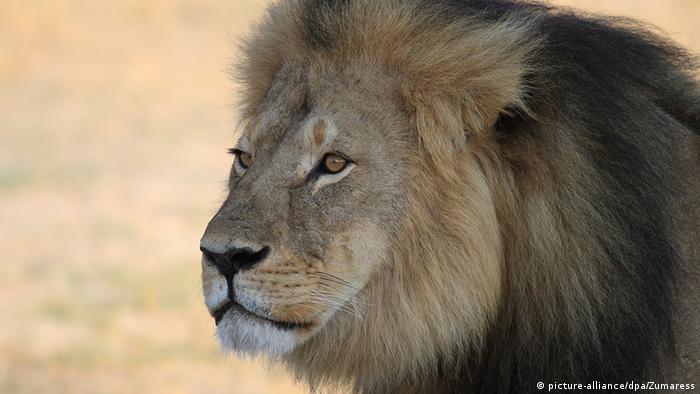 In the end, Cecil's death was not in vain. It has brought the issue of hunting and illegal poaching to the world’s attention. After Cecils death, Oxford University’s Wildlife Conservation Unit received $1million in donations - money that’s now being used to protect the children and grandchildren of Cecil.

September 18: Reliable, honest, sustainable: These are just a few buzzwords that have been linked to German manufacturing. At least that was before the world's biggest carmaker was caught cheating by US officials on emissions tests in some of its models. The car was able to detect when it was being tested and then switched the engine to run in a lower-emissions mode. 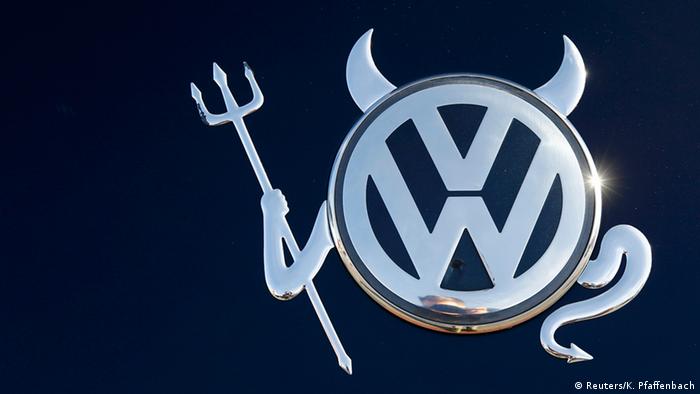 A new symbol for VW?

On the road, cars would emit up to 40 times more nitrous oxide than in the test mode. Impacts for the environment are severe: Nitrous oxide is a greenhouse gas - almost 300 times more potent than CO2.

September 25: The United Nations formally adopted the Sustainable Development Goals, 17 goals address topics such as poverty, water, health, energy and climate. The 193 member states have promised on paper to fulfill these goals until 2030. What’s the big deal about it? While the former UN goals - the Millennium Development Goals that expire at the end of 2015 - mainly focused on humans, the SDGs focus on the interconnection between human wellbeing and the wellbeing of the planet.

November 5: An accident at a iron ore mine led to Brazil’s worst ever ecological disaster: Two dams collapsed, and the subsequent flood killed more than a dozen people, with hundreds left homeless and a quarter of a million people without water. Around 800 kilometers of waterways were saturated with toxic mud that could disrupt the ecosystem for years to come. 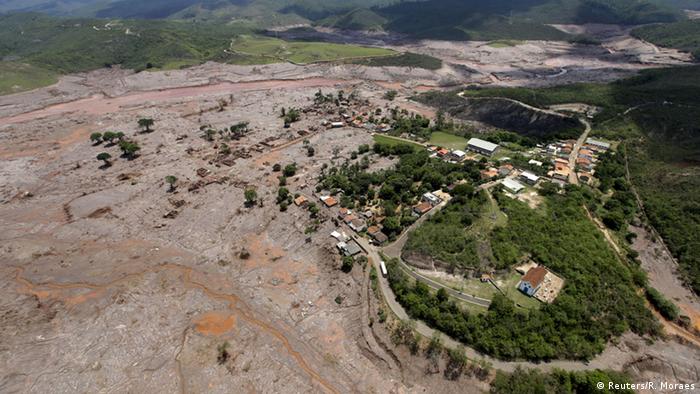 The Bento Rodigues district was almost entirely covered in mud

Environment Minister Izabella Teixeira said it would take at least 10 years for the river basin to recover from the extensive mining waste that's permeated the watershed. In December, a judge in the Brazilian state of Minas Gerais ruled that the assets of mining giants BHP Billiton and Vale SA be frozen after their joint venture was unable to pay for damage caused by the bursting of the dam at the mine.

November 6: After years of political fights, US President Barack Obama blocked the construction of a controversial oil pipeline between Canada and the United States. The pipeline that was proposed by the Canadian company TransCanada Corporation would have transported 800,000 liters of oil per day. Environmentalist groups said the pipeline would run though highly sensitive areas. Furthermore, the oil would stem from oil sands, and hence would pollute the environment even more than conventional oil. Obama declared the project "would have undercut US leadership on climate change." For environmental groups and indigenous people, this was a historic victory in a David vs Goliath story.

9. The planet got its first universal climate treaty

December 12: It was early evening in a sterile conference hall outside of Paris when climate politics became emotional. The voice of the French foreign minister cracked, his translator fought with tears during a historic announcement: The Paris agreement had been adopted. It was the outcome of years of negotiations: For the first time in history, all UN member states, not only industrialized countries but also developing countries commited to cutting green house gas emissions and to cut global warming together. The Paris agreement is due to enter into force in 2020 and shall limit global warming to below 2 degrees, if possible even 1.5 degrees. The adoption of the agreement itself won’t save the planet. But it’s a roadmap for environmental action in the years to come.

In general, one could say, each day of 2015 set records - but not necessarily positive ones. Glaciers never melted quicker than in 2015, CO2 concentration in the atmosphere was higher than ever before, and it was the hottest year ever recorded.

In conclusion, there is plenty of work left for 2016 and the years to come.

Catholic Church leaders from around the world have called for global agreement on climate change at upcoming talks in Paris. The appeal urged for "complete decarbonisation" by 2050. (26.10.2015)

Vale and BHP are both being sued by Brasilia for billions. A dam at a mine owned by the two companies burst earlier this month, killing 13 and causing massive environmental damage. (27.11.2015)