Özdemir: Election a ′turning point for Turkey′ | Europe| News and current affairs from around the continent | DW | 09.06.2015

Germany's Green Party co-chair Cem Özdemir has said that Turkey's election results can be seen as a vote against the "Putinization" of the country. Speaking with DW, he said that things will never be the same. 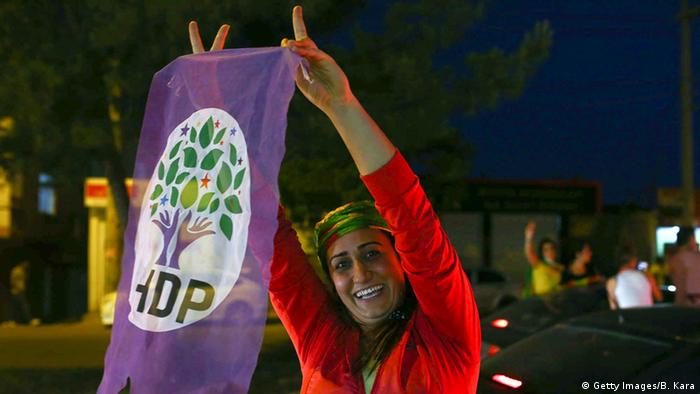 DW: What is your assessment of Turkey's election results?

Cem Özdemir: It clearly indicates that the Erdogan era cannot go on as it has until now, that President Recep Tayyip Erdogan will not become a modern-day sultan and that Turkey's parliamentary democracy will not become a presidential system modeled on Putin's politics. This debate is over, now that Turkey's People's Democracy Party (HDP) has entered parliament after Sunday's elections.

Is the notion of introducing a Putin-style presidential democracy - the much-criticized "Putinization" - over once and for all?

It had already reached an advanced stage in dealings with the press, with civil society and the justice system. But at the moment Turkey's civil society and the general population have clearly shown their rejection of the presidential palace. And now, the [ruling Justice and Development Party] AKP must reflect on what this means for the party. At the moment, the party is working on the challenging formation of a government, seeing as the three other parties more or less made it clear that they don't want to rule with AKP. But somebody has to do it, and there is no intention to hold a new election. 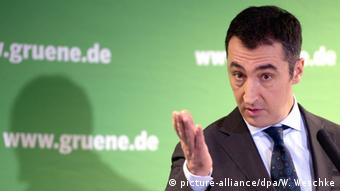 Özdemir: Erdogan's party is paying the price for his policies

To what extent do you see this as a government crisis?

It's too early to say at this stage, but one thing is for sure: Turkey today is not the Turkey of the past. The HDP is now an emerging force that is evolving from a pro-Kurdish party to a Turkish reform party, a sort of left-liberal reform power with people from the nation's religious and ethnic minorities. The HDP would like to symbolize the sum of Turkish society. The party has also sent a powerful signal to women: of the 80 seats won, 32 are held by women. Furthermore, ecological issues have found a voice in parliament via the AKP. In this respect, things are happening in Turkey and I'm sure they will not fail to have the desired effect on other parties.

To what extent will the Kurds feel empowered by HDP's success?

It's a clear signal that many people in Turkey wish for the continuation of the peacemaking processes and not the hardening of attitudes, views which are not accepted by everyone and for which Erdogan himself is particularly responsible. I hope he notices the signals and makes use of the opportunities now arising from HDP's move into parliament. We will also have to get used to the fact the HDP is not merely a pro-Kurdish party, but obviously a party that represents many other people who have been marginalized.

The left-leaning HDP made it into Turkey's parliament in Sunday's election. Not all Kurdish groups in Germany are happy about that, since some believe the HDP is lacking when it comes to fighting for key Kurdish issues. (08.06.2015)

For the first time since the AKP came into power in 2002, they lost their majority government. Turbulent times await domestic politics in Turkey, writes DW's Baha Güngör. (08.06.2015)

What I also think is great, and this compliment isn't meant only for the HDP: For the first time in 54 years, three Armenians have been elected to parliament. One of them is from the HDP, the other from AKP and the other from the Republican People's Party. For the first time, an openly Roma citizen from Izmir won a seat. An Assyrian and Yazidi woman from the HDP were also elected. Unfortunately, LGBT representatives, meaning those who openly identify as gay or lesbian, did not make it, but just barely. Still, this election is a turning point for Turkey: the old and the new will now face each other in parliament.

Recently, fears of Turkish Islamization have been growing. Erdogan himself appeared in public with a Koran in his hand. Have the election results changed this development, or even put an end to it?

In this case, people noticed that Islam was only a pretext and that, in reality, it was about maintaining the grip on power and establishing an authoritarian regime. Erdogan bore the same facial expression a few years back when he spoke of the opposite: reforms, an openness toward Europe. None of that remains; instead, it has been replaced by religious and fundamentalist views. And it's obvious. I think he overdid it, and now his party is paying the price.

Cem Özdemir has been the co-chairman of Germany's Green Party since 2008. In 1994, Özdemir became the first German with a Turkish background to be elected to parliament.