Opinion: The magic of ′Robbery′ will be impossible to recreate | Sports | German football and major international sports news | DW | 05.05.2019

A dynamic duo and organic brand, Franck Ribery and Arjen Robben's legendary era with Bayern Munich will end this summer. "Robbery" did more than just shape a decade of dominance in Bavaria, writes DW's James Thorogood. 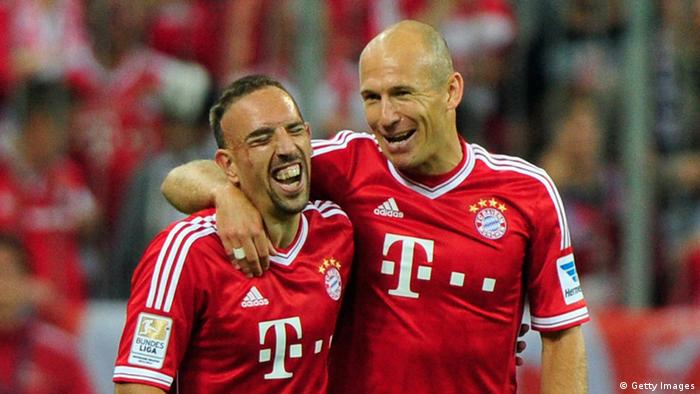 Franck Ribery and Arjen Robben's names will forever be synonymous with the most successful era at a club that had made a habit of hoarding silverware long before their arrival.

Over the course of a decade, the two wing wizards have racked up 268 goals and 283 assists in all competitions for Bayern Munich. No less than 18 pieces of silverware have been added to the club's trophy cabinet in that time and two more could still follow before they both depart in the summer.

"Franck and Arjen are outstanding players," said Bayern chairman Karl-Heinz Rummenigge. "FC Bayern owes a lot to both of them and we will give them a wonderful and emotional farewell. They've helped shape FC Bayern's most successful decade with fantastic football."

Their iron will and individual skill endeared them to Bayern fans, struck fear in the hearts of opposing defenders and made them a natural fit for the role of villain in the eyes of opposition supporters.

"When Robben came to Munich, three days later we had a game against Wolfsburg and something clicked very quickly for me with him on the pitch," Ribery told DW in an exclusive interview. "Everything we've won together is incredible. Now we've only got a few more days together. It's a shame and it hurts. People call us 'Robbery.' That's a brilliant name. They'll never forget what we've done together. It will stay with me for my whole life."

Together they embodied the work ethic and winning mentality needed to thrive at a club where expectation levels are inextricably linked with longevity. The results? Eight Bundesliga titles, four DFB Cups, five Supercups, a Club World Cup and a famed UEFA Champions League trophy. 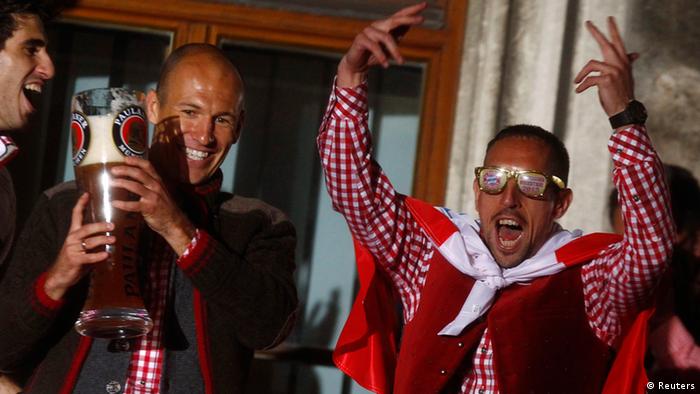 Robben and Ribery were regular features on the balcony of Munich's town hall during their time with Bayern Munich.

If reports are to be believed, they cost Bayern a combined fee of €50 million ($56.05 million). Ask anyone involved with the club and they will tell you that those were two defining pieces of business.

However, the impact of "Franck the Tank" and "Mr. Wembley" goes beyond shaping the most successful chapter in Bayern's history books with historic trebles and show-stopping moments.

In an era where the Bundesliga was desperate to grow its international appeal and compete with the Premier League and La Liga in terms of star power, Ribery and Robben were a double act that could reach the masses.

There was a period of time where their names frequented gossip columns as often as they found themselves on the treatment table with Dr. Müller-Wohlfahrt, who himself deserves great credit for enabling the two to compete at the highest level into their mid-thirties.

They were the foreign foil for one of German football's greatest generations. They were highlight reel players who fed the growing demand for skill compilations on social media. They were the men for the big moments — just reference May 25 2013.

"We developed a great friendship," Robben said at his press conference on Tuesday. "Of course we butted heads a couple of times, but that's part of it. If anything it made us stronger. What we've experienced together is special. It just clicked from the first day, on and off the pitch. It has been so much fun on the pitch, there have been many wonderful goals. Assists from Franck, goals from me. The other way round too, but not as many."

Read more: Robben's finale the long-awaited end of an era

When Ribery and Robben joined Bayern they played a pivotal part in the club transitioning from the time Oliver Kahn, Bixente Lizarazu, Michael Ballack and Luca Toni, who had all hung up their boots or sought pastures new. Now it's the turn to make way for transition.

What started with a 3-0 over Wolfsburg when they first took to the pitch together in August 2009, could end with a league and cup double come the conclusion of the current campaign.

After a decade at the top, there could be no more fitting time, or way, for two of Bayern's most defining players to bow out and allow the next generation to shine.

Those who follow in their footsteps will never be able to recreate the magic of "Robbery." The question is whether they can match the standards set while carving out their own era?