German actor Marc Rissmann is making his entrance in the final season of "Game of Thrones." As commander of the Golden Company, he'll play an important role. DW's Euromaxx host Max Merrill met up with him in Berlin. 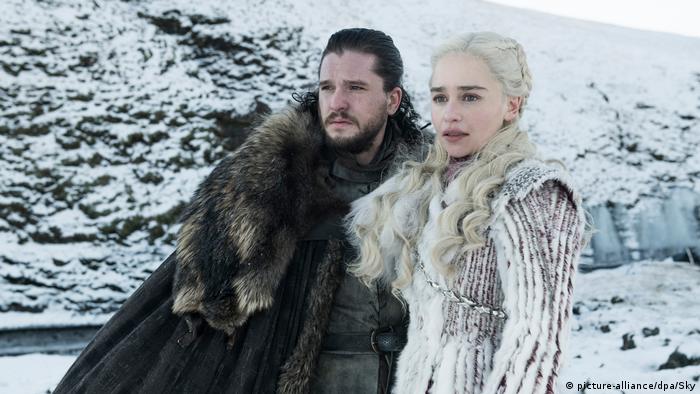 The eighth and final season of the mega-hit series Game of Thrones premieres on HBO on April 14. DW got up close with German actor Marc Rissmann, trying to pry some juicy details out of one of the newest members of the cast of Season 8.

DW: Tell us about your new character in  Game of Thrones, season 8.

Marc Rissmann: I'm playing Harry Strickland, who is a leader of the Golden Company.

What can you tell us about the motivations of the leader of the Golden Company? What's the character out to do?
Well, I cannot say too much. But if you have seen Season 7 — and especially the ending — Greyjoy goes to a place to get the Golden Company. So maybe you can assume what we're about to do.

Okay, things are about to happen here!

But maybe something different happens. You never know with this story.

Harry Strickland appears in the fifth book, the most recent book. And here are some descriptions of the character: "Homeless Harry looked little like a warrior" and he was "better at hammering out contracts than hammering on foes. He had a nose for gold, but whether he had the belly for battle was another question." Now, has something gone wrong with the casting?

No, I think they just see my inner coward. You know, basically that's me.

But seriously, the way you're built looks to me like you could be a bit more of a warrior than that description. Did you put on a fat suit for the occasion?

Well, not really a fat suit, but you'll see. 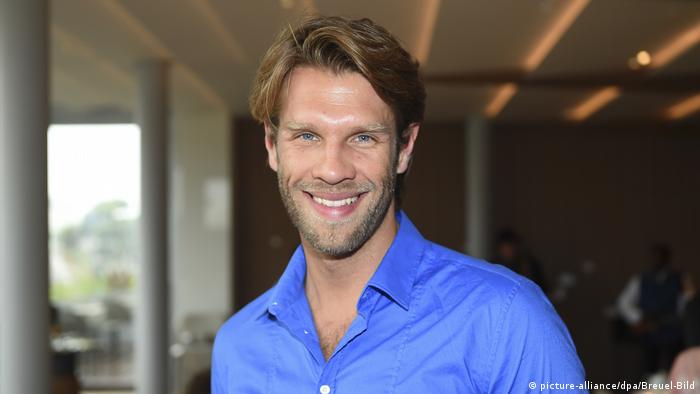 Let's talk about this whole sort of culture of secrecy around Game of Thrones. When you got involved, how much secrecy was there? How much were you allowed to know?

Very little. They don't want to spoil it and actually spoiling ruins it for the viewer. You know you want to live through that show and see it and feel it and smell it. So they are actually doing something for you, keeping it so secret, because you actually don't want to know. You know everybody wants to know, but you want to live through it. And of course there is usual security with scripts: what you get handed at what time and everything. But that's standard for international productions anyway, on a high level.

Were you already into Game of Thrones before acting in the series?

Oh, yeah. I love watching it. I watched it actually from the beginning and it's… I mean it's been around for such a long time, so you grow up with it a little bit. These people age, and you age, and everything changes. It would be an interesting experience just watching it again.

What about the books then? Did you read about your character?

I did some research into who this person was, where he comes from, and the books are quite precise. And then you see in the scripts what is there, what are the similarities, what are the differences. So I did a bit of research on that, especially since this world was so properly thought through. It's a functioning world, and that's why it's actually so appealing.

Did you do anything special to prepare for the role? I mean obviously you researched into your character, but is there anything that you had to do physically, anything you had to learn?

What about your accent? We hear loads of different accents on Game of Thrones. Did you have to do any dialect coaching?

There were always two coaches on set and they just correct little things here and there.

And what's it like to act in English, which is not your mother tongue?

I actually like it, because there is a different flow to it —how emotions can flow and everything. It's a differently constructed language, and that actually helps sometimes when I get a very complicated text where there are words that you never use a lot. 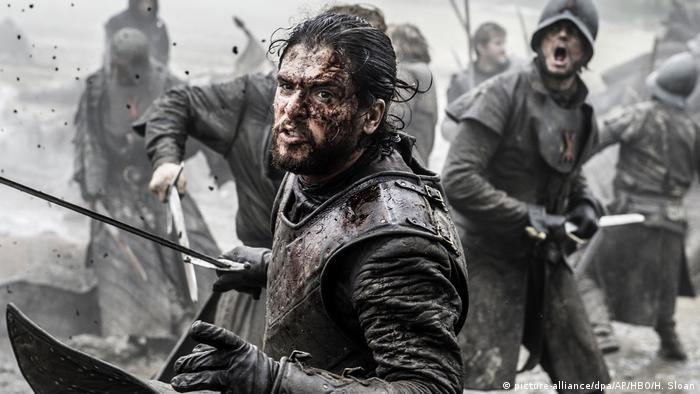 Along with roles in many German productions you've appeared in films like Overlord and you also play a new character in season 4 of The Man in the High Castle. Do you expect Game of Thrones will increase your visibility and have a stronger impact on your career?

I'll let myself be surprised… Expectation is a killer of everything. So let's see. It's funny though — I was sitting in the metro and there were these ads and I looked up. I was like: "Oh, actor Marc Rissmann is going to be in Game of Thrones," with a picture of me. And I was like: "Aha."

Can you tell us if we will be seeing you in the entire season?

The nice thing about this show is that you don't know what's gonna happen. I think it was one of the first shows where you said "That person died, that can't be possible." So, we will see.

Let's talk about your experience on set. What's the coolest thing about working on Game of Thrones?

The coolest thing is the passion from the people. From the costume department to the drivers, everyone is so proud of the show. So you feel it, you smell it. At costume fittings you see these dresses that they designed, and you see a story and the texture that you actually never are aware of when you're watching the show itself. But it is there and I think it makes it so rich.

Game of Thrones is no stranger to violence, but which character has committed the most war crimes so far? The Australian Red Cross analyzed every episode ahead of the final season — and their answer might surprise fans. (09.04.2019)

The final season of Game of Thrones will begin streaming around the world on April 14. But desperate fans can first check out the work of the show's Emmy-winning artists at a new exhibition, "Unseen Westeros." (14.01.2019)

What the trailer for the final Game of Thrones season reveals

Surprise, surprise... It promises battles, betrayals, risks and fights. Suspense is killing fans of the famous TV series, but at least they now know when the last season will be released. (15.11.2018)