Zimbabwe referendum on constitution approved | News and current affairs from Germany and around the world | DW | 19.03.2013

Some 95 percent of the people who voted have approved changes to the constitution in Zimbabwe. The vote opens the way to elections later this year. 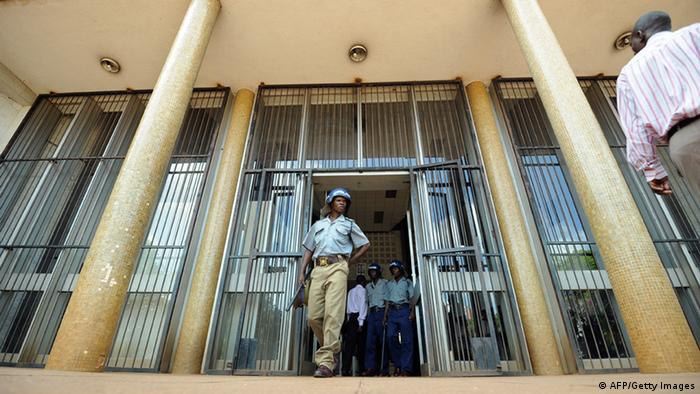 The Zimbabwe Electoral Commission reported Tuesday 3,079,966 voters were in favor of the new constitution and 179,489 were against. The official turnout last Saturday was slightly more than half of the six million eligible voters.

"Since the majority of the votes were received in favor of the adoption of the draft constitution, it is declared to have been adopted by the people of Zimbabwe," said Lovemore Sekeramayi, the official in charge of the vote tally.

Both President Robert Mugabe and Prime Minister Morgan Tsvangirai had backed the new constitution. The two men are political rivals who were forced into a power-sharing deal after disputed elections in 2008.

Opinion: Mugabe has not yet had his time

There was a low turnout in Zimbabwe for the referendum on the new constitution. Many complained that they were not familiar with the contents of the draft charter and didn't have the opportunity to learn more about it. (18.03.2013)

The new laws would curtail some of President Robert Mugabe's powers - but not stop him from standing again in this year's elections. While the new charter sets a maximum of two five-year terms for the president, it is not retroactive. As a result, Mugabe, 89, could rule for the next decade. He has been in power since independence from Britain in 1980.

The changes to the constitution come into force after the next election, due to be held anytime before the end of October. Presidential decrees will in the future require majority backing in the cabinet. Declaring emergency rule or dissolving parliament will need the approval of two-thirds of lawmakers.

Regional observers and the United States reported that the referendum was peaceful and credible. But the run-up to the vote was marred by incidents of violence. Last Sunday, four of Tsvangirai's party officials were arrested together with Beatrice Mtetwa, a leading rights lawyer, who was giving them legal assistance.

The four have been charged with breaching the official secrets code, impersonating the police and illegal possession of documents for criminal use. Mtetwa faces separate charges.