Word of the Week: Dominosteine

Eat one, eat them all! This is a German Christmas word you won't be able to resist. 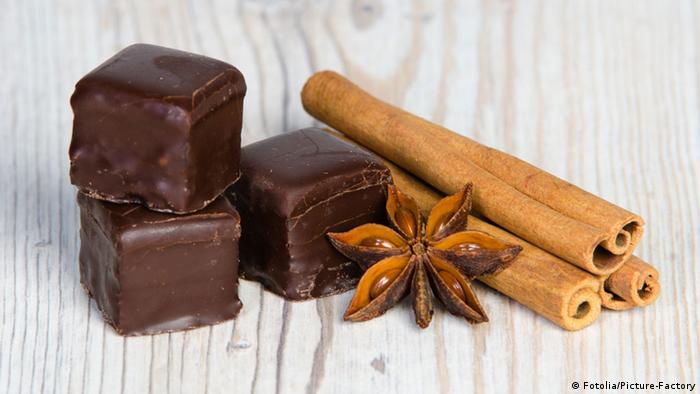 Dominosteine, which literally means domino stones, are layered pralines primarily sold during Christmas time. Of course they're much easier to eat than actual stones, but beware they can easily have a domino effect - once you eat one, you'll want to eat them all!

The bottom layer of the sweet consists of Lebkuchen - a traditional German baked Christmas treat similar to gingerbread - followed by a layer of either sour cherry, apple, or apricot jelly and last but not least a layer of marzipan, or its cheaper cousin persipan. To give the treats their domino appearance, Dominosteine are covered in dark chocolate icing.

Dominosteine were invented in 1936, right before World War II. The sweet was initially targeted towards a broad audience due to its rather low price compared to other pralines. Because they were cheaper to make, they became especially popular amidst the wartime food shortages.

Remember, nowadays Dominosteine are hardly ever sold outside of the Christmas season, so it's best to hurry and try them before it's too late.

If you enjoy the word as much as the taste, why not play a game of Dominos while eating Dominosteine? Sounds like the perfect domino effect.