Police are investigating after 25 panes of glass were smashed at a world-famous church in the eastern German city of Leipzig. Police are looking for a suspect, and the church pastor has her own suspicions. 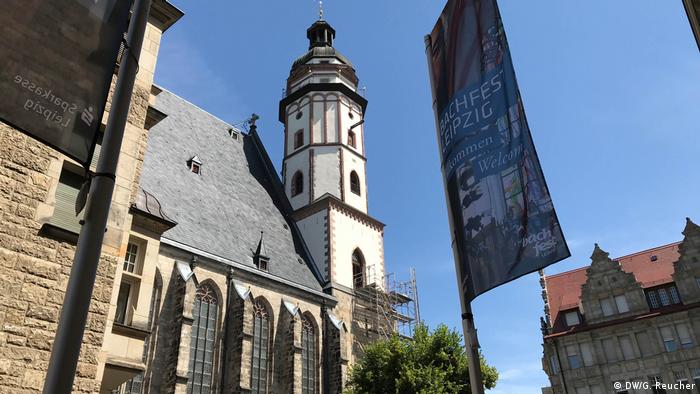 Police launched an investigation after windows were smashed at St Thomas Church in Leipzig, the burial place of composer Johann Sebastian Bach, on New Year's Eve.

While it was unclear what the financial cost would be to the church, pastor Britta Taddiken said act of vandalism had caused "immense damage" because the panes were special productions.

During the attack, heavy stones were thrown into the building. "If there had been people inside, it would have been very dangerous," said Taddiken.

Police secured loose stones in the vicinity immediately afterwards, but no arrests were made near the scene.

However, Taddiken raised the possibility that a man who had already smashed two panes of glass at the church in the run-up to Christmas had returned. The individual had reported the damage he did to the police, having appeared a week earlier at the pastor's office. At that time, he had described himself as the "son of God."

"At first, we didn't consider him to be aggressive," Taddiken told the Leipziger Volkszeitung local newspaper. Police are still not believed to have apprehended the man in question.

The church said the damaged stained-glass windows dated back to the 19th century, while the Art Nouveau ones were made at the start of the 20th century.

Bach was the cantor at Leipzig's St Thomas School — which still has a world famous boys' choir — in the 18th century.