Approaching general elections in the Netherlands, all eyes are on populist candidate Geert Wilders. In a DW interview, Dutch political scientist Andrej Zaslove provides insight into Wilders and the country's politics. 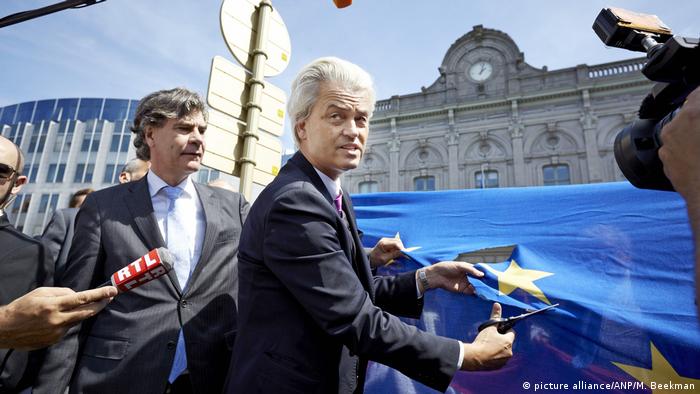 Deutsche Welle: Mr. Zaslove, let's get right to the most pressing point: Can Geert Wilders and his right-wing populist Party for Freedom (PVV) win?

Andrej Zaslove: The PVV looks to be second to the governing People's Party for Freedom and Democracy (VVD), according to current polls. But Wilders needs coalition partners to form a government even if he were to come out on top. He needs more than 50 percent of the vote to govern without a coalition, and that is unthinkable.

Are there possible coalition partners?

Never say never, but so far all relevant parties have clearly said they are unwilling to work with the PVV. There is next to no chance of Wilders becoming prime minister.

Why are Wilders' poll numbers so bad right before the election?

His campaign was strange and he was hardly present for it. That may have only been partly intentional. That said, it's too soon to write Wilders off. Many are wondering if this isn't some kind of calculation and a surprise attack is in the works.

Either despite or because of his absence, more and more people are talking about him. Why?

His populist statements against Islam, the EU and immigration garner much attention. I wouldn't call him antidemocratic, but he pushes the bounds of what is democratically acceptable. Unlike Trump, Wilders' views are consistent, well thought out and he is an experienced politician.

His anti-Muslim and anti-immigrant statements do not sound very sensible, however. For example, he tweeted photos of Angela Merkel with blood-smeared hands following the Berlin Christmas market attack.

Wilders has definitely become more radical over time. His fight against Islam has become an obsession. Many in the Netherlands are asking themselves what toll his isolated life may have taken on him. The constant police protection he has been under since 2004 because of death threats is almost like a prison. Wilders founded the PVV in 2006. How has his party changed political debate in the Netherlands?

There has been an overall shift to the right. Other parties, for example the liberal-conservative VVD, don't want to leave the political field to him alone and lose votes. Wilders has made it more acceptable to say things that were once taboo. What politicians openly say today they would have been prosecuted for in the 1990s.

There is an extremely loyal contingent of voters that has supported the party for years. Surveys show it is more men than women and fewer of them educated. For many, voting for Wilders is an act of protest against the political establishment. Like in Germany, there has been a growing coalition of discontent brewing.

I don't think much of that is realistic. There is not enough support for leaving the EU. I just don't see it happening. Other demands are unconstitutional. The Dutch prime minister does not have as much power as, say, the German chancellor.

Andrej Zaslove is a political scientist at Radbound University in Nijmegen. He has 13 years of experience researching populism in the Netherlands and other countries. He is the author of several books, including "The Re-invention of the European Radical Right."

This interview was conducted by Ines Eisele.

A court in the Netherlands has found the far-right leader Geert Wilders guilty of discrimination and inciting hatred. The court ruled that racist remarks he had made about Moroccan people were unacceptable. (09.12.2016)

The Dutch far-right populist party is currently leading in the polls. While it’s unlikely to be part of the next government, many people fear its ideas will be implemented. Thessa Lageman reports from The Hague. (21.02.2017)