140 million women worldwide have undergone FGM, mostly because practicing communities believe it makes them a 'better wife'. That is why one male anti-FGM activist believes men must get involved in the fight to end FGM. 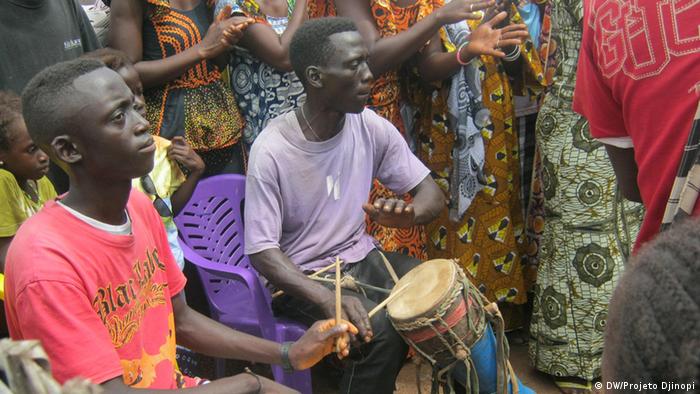 Young men take part in an awareness-raising-campaign against FGM in Guinea-Bissau. 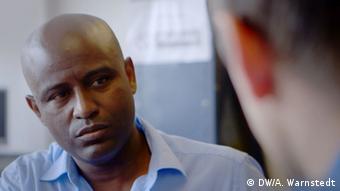 Solomon Zewolde is researcher with FORWARD UK, one of the leading campaign organizations tackling FGM in Britain. He was born and raised in Ethiopia where about three quarters of the female population is estimated to have undergone FGM. The practice is generally considered a taboo subject. Men in particular wouldn't openly discuss the harm caused to women's physical and mental health by FGM. In the UK, Solomon has started an initiative called 'Men Speak Out'. His aim is to create a wide group of men who get involved in the fight against FGM and say: This is my issue, too.


DW - Life Links: Has your family been affected by FGM?

Solomon Zewolde: Yes, all my female relatives have gone through it including my close family. It affects the whole society in Ethiopia, but it is never really talked about.


Why do you think it’s important for men in particular to speak out against FGM?

FGM is done on women but it’s done for men. That is the the underlying cause, to control the sexuality of the woman, so that she stays loyal to men, in marriage and also in relationships.

The basic cause of FGM is to satisfy the perceived need of the man, so that the woman doesn’t run around and have sex with other people because her sexuality is in some ways reduced and controlled. If men would speak out against this, they could make a change. In Africa men have stronger voices. It not like in the UK or in the US. In Africa men still have a bigger say, a bigger voice on all issues. If they choose to speak about it, they can make a change.


What are the reactions from men from practicing communities in the UK?

It is difficult. Some men ridicule you, some are in denial and say it’s a thing of the past even though they knew someone who has undergone FGM. Or they live with someone who has undergone the practice but they were in denial. Especially men from the cities. Once we meet two or three times, they admit it, that it exists. You can still find men who are contemplating doing it to their own daughter. One man said: 'I'm still thinking about taking my baby daughter to Ethiopia to have it done,' and I asked: Why? He has lived in Europe for about 13 years. And he said: 'I don’t want her to be as wild as the Western ladies you see here.' He believes that because they are not cut, they are lustful, they go round, drinking, smoking, sleeping with men. From what we know of science, however, sexual behaviour doesn't have any direct connection to being cut or uncut.


In a lot of instances, it's the women in these communities that insist on upholding the tradition of FGM, mothers, grandmothers...

Yes, traditionally FGM has been seen as a woman’s issue, men never got involved. The men have willingly withdrawn themselves and women have just continued that tradition, they don't get the men involved. When the man decides to step in, breaking some kind of tradition, then the women cannot fight back, that's not a possibility usually.


Are men in the UK negatively affected themselves in their relationship by FGM having happened to their partner?

Definitely. There are men whose partners have undergone the practice and it affects both her health and the couple's sex life. But they usually don't discuss the issues they might be experiencing.


What are these issues specifically?

One Somalian man for example told me that on the day of his honeymoon, he had to take his wife to be opened (Editor's Note: In the Somali community, Type 3 FGM is the most common where the vaginal orifice is sewn together except for a small opening). She was bleeding and she was in pain. The groom said that on the day of their honeymoon where they should have fun and enjoy, we are suffering. Then a year after, she gets pregnant and during birth she still suffers birth and they had to stitch her again. So this man tells me they had to suffer from the day they got married all their life because of this practice. If your partner’s health is affected, every aspect of your married life is affected.


Have men discussed the effect FGM has had on their sex lives with you?

Yes, there are men who say they don’t have an enjoyable sexual life and that’s one of the reasons they look for other women which is a serious problem. We have a lot of anecdotal evidence that men even turn away from their partners and wives. They say they find their partners difficult to satisfy, not responsive or having pain. It takes its toll and some of them say they start looking for other girls. That can lead to broken marriages, broken families.


So the abuse of women is just perpetuated...

Yes, possibly all her life. It doesn’t end when she’s cut, the pain and the trauma continues. It's abusive to a woman to be left by a man just because she was forcibly cut, often even without her knowledge if she was still a baby. It's a double abuse that is very sad and needs to stop.


When you explain these consequences to men, the pain, the trauma the abuse, do they change their attitude towards FGM?

These things take time to sink in, because these are very deep-seated traditional beliefs and values. Some would really change their attitude when confronted with these stories, but for some it takes much longer. What we need is men and women working together and talking about this issue. Because one of the biggest issues is that men often don’t know about the medical and psychological consequences. I think ignorance is the biggest problem we need to deal with as far as FGM is concerned. Men can even initiate that conversation about FGM and sexual health in general. They can also encourage women to seek help.


What is the next step for your project 'Men Speak Out'?

My plan would be to get more men coming on board to speak out against FGM and against gender-based violence in general. Not just to help women but to also help themselves. Gender equality really helps men have a more fulfilling life too. If they live in an equal relationship, they will have a confident partner who is healthy and can contribute much to the relationship.