Was Russia behind Chechen murders in Turkey? | Europe | News and current affairs from around the continent | DW | 05.03.2014

Was Russia behind Chechen murders in Turkey?

Turkish prosecutors suspect that the murders of four Chechen activists in Istanbul between 2009 and 2011 were ordered by the Russian intelligence service. 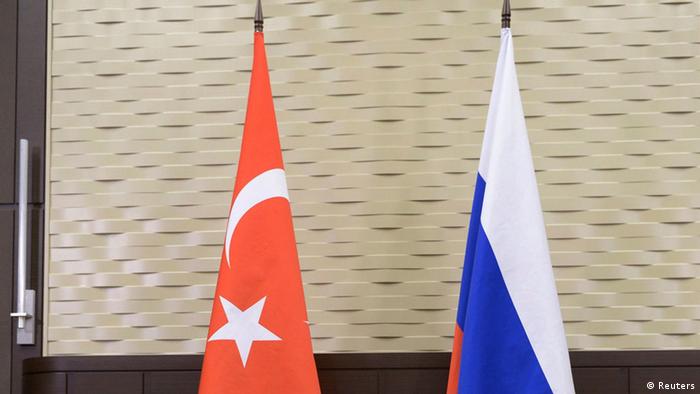 Ali Osaev was gunned down on a street in the Turkish city of Istanbul in February 2009. The Chechen Islamist was shot in the face three times at close range. Two years later, three other Chechen activists were shot dead as they were getting out of their car in Istanbul's Zeytinburnu neighborhood.

Now the Turkish judiciary has turned the spotlight on the killings, widely known in Turkey as the Chechen murders. A man known as "Zona" - Osaev's suspected killer - went on trial in Istanbul this week. State prosecutor Gökhan Sayin is convinced that the suspected Russian spy, who was arrested at Istanbul airport in 2012, is guilty.

The evidence against Zona includes images from surveillance cameras, and surveillance material gathered by Turkey's secret service. Prosecutors allege that Zona even attended Osaev's funeral service. The prosecution is calling for a life sentence.The defendant, however, denies all the charges against him.

The perpetrators of the 2011 murders of Berg-Khas Musayev, Zaurberk Amriyev and Rustam Altemirov have not been caught, so the two suspects are being tried in absentia. The prosecution alleges that the killers are members of Russia's Federal Security Service (FSB) who escaped from the Turkish police after carrying out the triple murder, and made it out of the country. 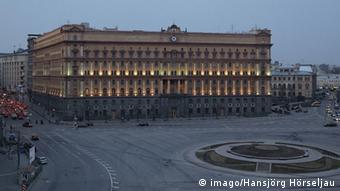 Was the FSB involved in the Chechen murders in Turkey?

They say there is no doubt that both the 2009 and the 2011 murders were ordered by Moscow to eliminate Chechen rebels. Osaev was the Istanbul representative of the Caucasus Emirate, designated as a terrorist organisation by both Russia and the United States. Turkish media is reporting that at least two of the three victims in the 2011 murders were also members of this militant Islamist group.

Up to five million people from the Caucasus region live in Turkey - and they are traditionally supportive of Chechens. Refugees escaping the Kremlin's war against separatist rebels in Chechnya over the past decades have also fled to Turkey. Chechen organizations have long accused Russian authorities of going after alleged Chechen militants abroad. The trial in Istanbul is therefore "a turning point," says Murat Ozer, the chairman of Imkander, an organization that supports refugees from the Caucasus in Turkey.

The prosecution indictment represents the first time the Turkish state has officially held Russia responsible for political murder in Turkey, Ozer told DW. He added that he was very pleased with the court's position at the start of the trial. Judge Ilhami Yilmaz rejected a motion by the defense to examine the Osaev murder and the three 2011 killings in separate proceedings. The court appears to assume that the murders were all committed "by the same organization," Ozer says.

The Istanbul trial is scheduled to resume on April 21. It could go on for months before a verdict is reached, particularly if the court decides to take a closer look at the general phenomenon of Chechens being murdered in exile. In 2002, Russia's President Vladimir Putin declared that Russia would hunt down international terrorist groups "wherever they are." Neither Erdogan nor Putin want to endanger relations

In 2004, a court in the Gulf State of Qatar sentenced two Russian secret agents to life in prison for the murder of former Chechen leader Zelimkhan Yandarbiyev. Moscow insisted that the men were innocent. Five years ago, authorities in Dubai accused a Chechen politician from Russia of having organized the assassination of the former Chechen military leader in Qatar.

Up until now, the Turkish government hasn't commented on the possible political consequences of the Chechen murders in Istanbul. Should the Istanbul court come to the conclusion that Moscow is in fact behind the murders, though, Ankara will come under pressure to broach the issue with the Russian government.

However, Orkhan Gafarli, an analyst at the Istanbul Bilgesam think-tank, doesn't anticipate that this will spark off a fundamental crisis in the relationship between the two countries. "There will be irritations between the governments, but the case won't cut the relationship to the quick," Gafarli told DW.

After all, the expert on Russia foreign policy points out, both sides have an interest in containing the political ramifications of the Chechen murders. Russian-Turkish relations are good: Russia supplies Turkey with about 55 percent of the gas and 12 percent of the oil it needs. A Russian firm is to build Turkey's first nuclear power plant. And Turkey is also an increasingly popular holiday destination for Russia tourists: 4.3 million Russians visit Turkey every year.

Chechen rebel leader and Russia's most wanted terrorist, Doku Umarov, has ordered his followers to sabotage the upcoming Winter Olympics in Sochi with whatever it takes, including attacks on civilian targets. (05.01.2014)