The US Congress has published long-classified documents on alleged ties between Saudi Arabia and 9/11 hijackers. While the inquiry found no solid evidence of links, officials noted their suspicions of Saudi support. 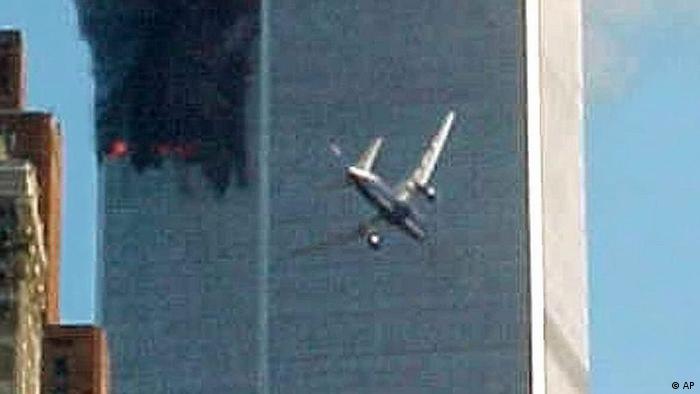 The document shows names of people who helped hijackers get apartments and settle in the West. Out of 19 Muslim extremists who attacked the US in the 2001 terror strikes,15 were Saudi nationals.

"According to various FBI documents and CIA memorandum, some of the September 11 hijackers, while in the United States, apparently had contacts with individuals who may be connected to the Saudi Government," the report says.

For example, a suspected Saudi intelligence operative allegedly met with two of the terrorists in California and is believed to have provided "substantial assistance" to them.

The last 28 pages of the congressional report were released on Friday, after being kept from the public for over 13 years.

Other information suggested that a Saudi interior ministry official stayed in the same Virginia hotel as one of hijackers, only days ahead of the attacks.

"While (the officer) claimed after Sept. 11 not to know the hijackers, FBI agents believed he was being deceptive." The man allegedly faked a seizure during questioning about his ties to the suspect. He was taken to the hospital and later left the US "despite FBI efforts to locate and re-interview him."

After US officials captured key al Qaeda operative Abu Zubaydah in early 2002, they found a number in his phone book traced to a company in Colorado. According to FBI data, the firm "manages the affairs of the Colorado residence of Prince Bandar (bin Sultan)," who served as Saudi ambassador to Washington at the time.

Intelligence found indications that one of Osama bin Laden's half-brothers worked at the Saudi embassy.

However, the office of the Director of National Intelligence said on Friday its agreement to release the report did not mean that the intelligence community agrees with the pages' accuracy or concurs with the provided information.

It also said that "there is not information to indicate" that the alleged intelligence officer really worked in intelligence "or provided material support for the 11 September attacks, contrary to media speculation."

The officials also released declassified information saying that many Saudi agencies had been infiltrated and exploited by sympathizers or associates of Osama bin Laden's network.

US President Barack Obama ordered the final chapter of the report to be declassified two years ago, over a decade after his predecessor George W. Bush made it secret. The Bush administration claimed the decision was to protect the methods and sources of US intelligence.

However, many observers claim he was also trying to protect diplomatic relations with Riyadh.

The Saudi kingdom has also called for the final chapter to be released so the officials could respond to any allegations.

On Friday, Saudi Foreign Minister Adel al-Jubeir said that all of the alleged links have been disproven.

"None of it has proven to be substantiated in any way," Jubeir said, adding that the report "absolutely" exonerated his country.

"The matter is now finished," he told reporters in Washington.

"This material was investigative material that was reviewed and followed up on by the independent 9/11 Commission," Earnest said.

"They don't shed any new light or change any of the conclusions about responsibility for the 9/11 attacks," he said.

In contrast, Democratic Senator Richard Blumenthal said that the declassified documents "provide more than enough evidence to raise serious concerns," even without reaching a conclusion on Saudi involvement in the terror strikes.

Relatives of 9/11 victims welcomed the release, saying it confirmed their suspicions.

"There is so much more on the Saudi connection to 9/11 and this is the tip of the iceberg, but you had to get this first. It's the beginning, but I don't think it's the end," said Terry Strada, national chair for 9/11 Families United For Justice Against Terrorism.