The US defense secretary has removed a senior military aide following 'allegations of misconduct.' Meanwhile, a secret service agent was arrested for solicitating sex from a cop posing as a 14-year-old girl. 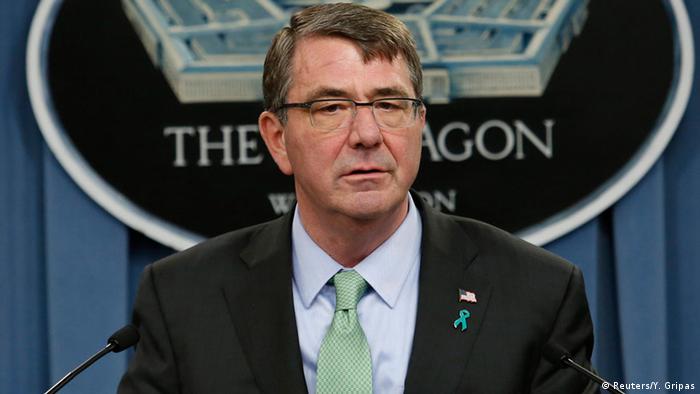 The decision was reportedly taken after Carter discovered "allegations of misconduct."

However, the details of the case are unclear, with defense officials declining to provide specifics of Lewis' alleged actions.

Lewis served as a trusted adviser to Carter for years, including as his military assistant when the Pentagon chief was defense undersecretary for acquisition, technology and logistics.

He also accompanied Carter on his Asia trip last week, which witnessed the US military official visit a warship as it journeyed through the contested South China Sea.

Carter referred Lewis' case to the Defense Department's inspector general to investigate the matter, after which the US Army will decide whether to take action.

The Pentagon in the hands of a scholar

The trajectory of Ashton Carter's career has taken him from theorizing about sub-atomic particle physics to the top of the Pentagon. Throughout, he has stressed the importance of speaking his mind.

"I expect the highest possible standards of conduct from the men and women in this department, particularly from those serving in the most senior positions," Carter said in a brief statement.

"There is no exception," Carter added.

Meanwhile, state authorities arrested a US Secret Service agent for soliciting sex from a minor after he sent nude photographs to a Delaware state police officer posing as a 14-year-old girl.

According to a criminal complaint, 37-year-old Lee Robert Moore requested to meet the uncover officer in person in order to perform intercourse, adding that the agent initiated communication in August.

Moore also admitted to engaging in pornographic online chats while on duty at the White House.

The US Secret Service is charged with protecting the president.