Tom Perez has been elected to the daunting task of rebuilding and leading the US Democrats out of their presidential election defeat. He picked second-placed Keith Ellison as his deputy. 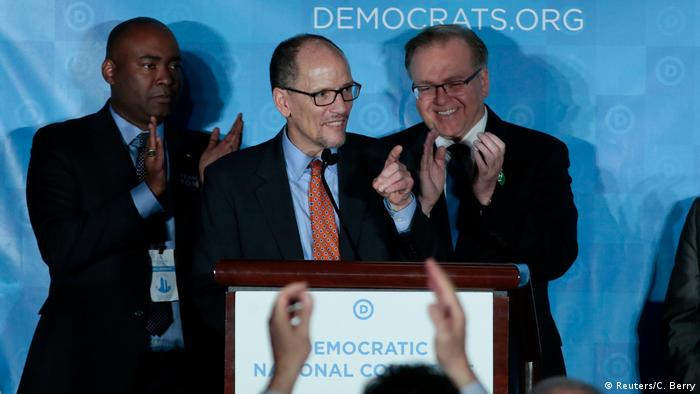 The unprecedented public attention for the race to lead the Democratic National Committee, a post with limited powers, is a sign of the deep discontent over Donald Trump. It also represents a symbolic shift of the party. (24.02.2017)

For many anti-Trump activists, the Democratic Party is 'part of the problem'

Donald Trump’s victory and early actions have sparked a backlash with millions of Americans protesting against him across the US. If the anti-Trump coalition is successful, it has little to do with the Democratic Party. (21.02.2017)

The US after Trump's victory

Cheering Republicans, bewildered Democrats – in the US the divide between the supporters and opponents of Donald Trump seems bigger than ever. The entire country is arguing about the future. (12.11.2016)

Democratic National Committee (DNC) delegates gathered in Atlanta picked Perez on Saturday, speaking after his win of the "earnest work we must do to defeat Donald Trump."

He garnered 235 votes in the second and final ballot round. Perez tapped his main rival, Minnesotan Keith Ellison, who received 200 votes, to serve as deputy chair.

Saturday's DNC ballot was a rare event in Democratic leadership contests, which in the past have usually seen a candidate emerge out front well in advance of the voting.

Both Perez (pictured above, center) and Ellison entered the race promising a major refit of their party after its candidate Hillary Clinton was defeated by Republican Donald Trump in last November's US presidential election.

Perez, 55, had narrowly missed winning in that first round by a single vote. He had courted the party establishment, while Ellison, 53, was backed by the party's progressive left.

Both final candidates had promised major efforts to rebuild party infrastructure at the local and state level, which withered across the US despite former president Barack Obama's personal ratings.

Perez said the Democrats had lost about 1,000 electoral posts from Capitol Hill to state legislatures over the past decade - in addition to Hillary Clinton's presidential defeat in November.

The party had been facing a "crisis of confidence," he told 427 eligible party delegates Saturday. 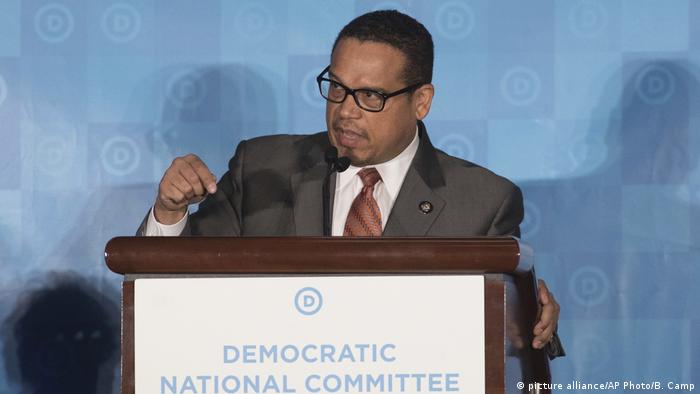 Ellison had the backing of Bernie Sanders

Cybersecurity experts had worked with the party to address vulnerabilities, Brazile told the DNC committee.

She chided President Trump for his mockery of Democrats for cybersecurity lapses, saying: "No, Donald Trump, you can't go to Staples [business equipment store] and buy anti-Russian hacking software."

Republican party officials insist that their party communications were not breached.