Uphill struggle to give Finland a Norwegian mountain | News and current affairs from Germany and around the world | DW | 08.03.2016

Uphill struggle to give Finland a Norwegian mountain

A Norwegian campaign to gift a borderland mountaintop to Finland remains on track, despite an Oslo ministry saying it would be unconstitutional. Finland, which has no high summits, celebrates its centenary next year. 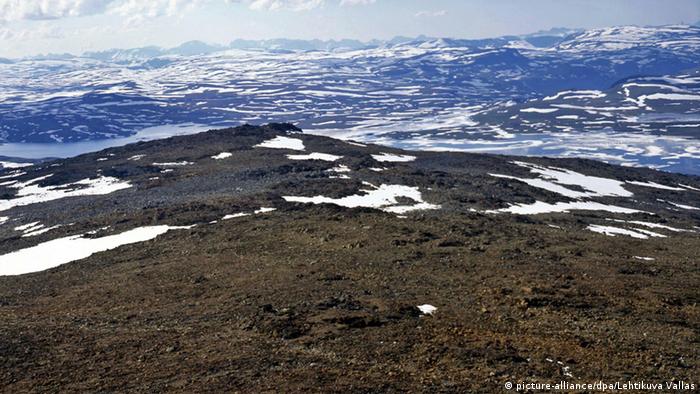 Low-lying and affluent, Finland next year celebrates the 100th anniversary of its declaration of independence from Russia.

A century of freedom deserves a handsome gift, but what do you give to a country that has almost everything?

The idea that Norway might bestow a mountain summit on its Nordic neighbor as a coming-of-age present came from retired geophysicist Bjorn Geirr Harsson.

While reading about the centenary, Harsson cast his mind back to a 1972 survey of the Halti mountain range. Finland's territory reaches onto a spur of one of the mountains, Haltiatunturi, but not to its 1,365-meter (4,480-foot) summit.

Harsson thought the border might need a slight tweak. By shifting the frontier just 150 meters to the north, and 200 meters to the west, Finland's highest point would actually be at the summit. While the mountain would be the highest in Finland, it wouldn't even break into the top 200 of Norwegian peaks. 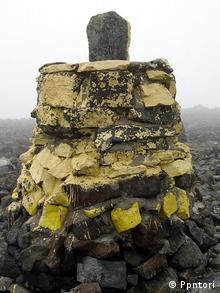 A signature-yellow summit cairn marks Finland's highest point, on a spur of Haltiatunturi

"I did measurements on this mountain and found it very strange that the border to Finland was on the hillside," said Harsson. "It seemed very strange for the highest point in a country to be on a hillside and not on a mountain peak."

"In 2015, I read an article where I saw that Finland was about to celebrate 100 years as a free nation," Harsson explained. "I then thought that it would be a very good idea, to give the Finish people the possibility to have a mountain as the highest point in the country. I think it would be a very nice birthday present."

The former Norwegian Mapping Authority Employee sent a letter to Norway's Ministry of Foreign Affairs, to ask about the idea of shifting the border slightly, but no swift response came.

Then, the 76-year-old mentioned the idea to his son, living in the United States, who floated the idea in an online discussion.

The Facebook page, essentially advocating a minor boundary change in one of Europe's most remote regions, had gathered over 12,000 Facebook "likes" by the beginning of March. "We have had a very big response," said Harsson. "When you see all the comments from Finnish people, they say: We love Norwegians for this!"

The only real objection, he noted, came from a contributor belonging to the region's indigenous #link:https://en.wikipedia.org/wiki/Sami_people:Sami community,# who said the land should neither belong to Norway nor Finland. "That's the only one I've seen against it," said Harsson. 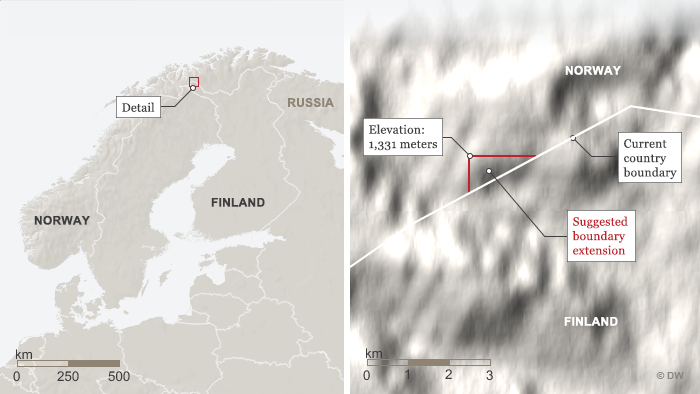 Following the letter of the law

In late January, the retired expert finally received his response from the ministry. While the letter acknowledged the widespread support, it directed Harsson's attention to Article 1 of Norway's constitution, which stipulates that the country is a "free, independent, indivisible and inalienable realm."

"They said Norway is not supposed to be divided in pieces," Harsson said. "I answered that this paragraph was meant because we have had brothers who were kings at the same time who divided the country and, back in history, we have given away parts of Norway during wars."

"I said that our understanding was that this was the meaning of this paragraph - not giving away such a such a small piece of a country that it will not be seen on any official statistics of area of a the country. It's 0.01 square kilometers." 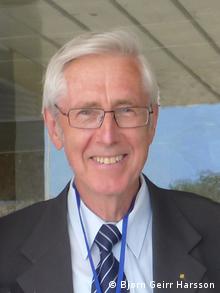 Now Harsson has got the ball rolling, he hopes politicians can take it the rest of the way

"A lot of Finnish people have said it would really mean something to Finland. Also it's such a special case. You can't expect any other country to come and ask for a Norwegian area like this."

Unperturbed, Harsson managed to drum up support for the idea in Kafjord, the municipality that includes the mountain. The council slated a meeting on March 11 on whether to send a letter requesting the boundary change to Norwegian Prime Minister Erna Solberg.

In a brief response to DW, the Norwegian Foreign Ministry confirmed that Oslo was not, at present, prepared to make such a territorial adjustment.

"The proposal to change the border is not seen as a viable option with reference to, amongst others, the Norwegian Constitution," the ministry said in a statement.

Harsson, though, feels sure that the council in Kafjord will vote in favor. And he's optimistic that there might be a change of heart in Oslo. He says the decision should be taken as a political, rather than an administrative one.

"There are so many good arguments for it. I am trying to bring the idea further in the system. I have no interest in being the person in the front line. I put up the idea and I hope that the Kafjord municipality will bring it to reality."

"Halti as an Anniversary Gift,"

gave the story a festive spin.

Scandinavia and the World: The Joy of Giving