The UN Security Council has agreed to reduce the number peacekeepers in Sudan’s war-torn region of Darfur after US pressure led to a $600 million cut in the UN budget for peace operations. 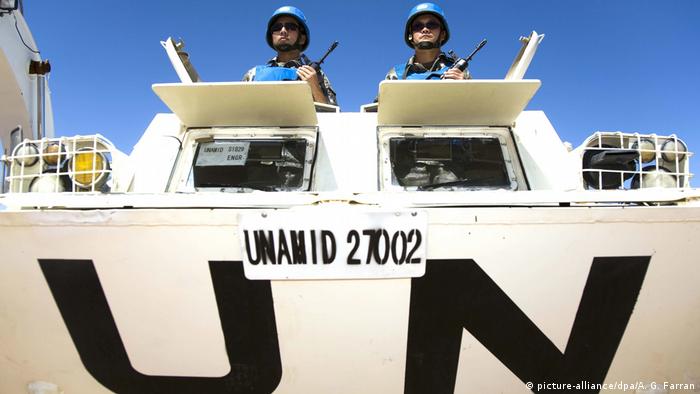 The security council unanimously adopted a British-drafted resolution to reduce the number of troops and police serving in the joint African Union-UN mission, UNAMID, by at least 30 percent.

Deployed since 2007, UNAMID has about 16,000 blue helmets in the Darfur region in the west of Sudan. They have a mandate to protect civilians in a region where Sudanese government forces are fighting rebel groups.

Since the war erupted in 2003, more than 2.5 million people have been displaced and 300,000 killed. The ethnic minority rebels took up arms against President Omar al-Bashir's Arab-dominated government, accusing it of marginalizing the region.

The UN mission in Darfur is costly with a budget of over $1 billion (876 million euros) every year. Members of the security council urged that this budget should be trimmed as the conflict is winding down. "We recognize that the situation in Darfur remains fragile," said British Deputy Ambassador Peter Wilson, adding that the situation had "evolved" and that the changes reflected "the current reality."

But human rights groups warn that the war is far from over and that the withdrawal of peacekeepers will leave many areas of the vast Darfur region without international protection.

Nevertheless, a former UN envoy to Sudan praised the move, saying that it shifts the responsibilities to the hands of Sudan's government. "We don't have a choice but to re-empower the government [of Sudan] to take responsibility," Peter Schumann told DW, adding that the council and the African Union have finally developed a medium and long-term exit strategy.

The gradual reduction of the UNAMID forces is planned to be carried out in two phases of six months each. The first reduction will see troops numbers fall from 13,000 to about 11,400 by January 2018 before dropping to 8,735 by the end of June 2018. The number of police in the region will also be cut.

The smaller UNAMID will be redeployed to Jebel Marra in Darfur, where most of the recent outbreaks of violence have been reported. However, the UN council said it might review the plan if the Sudanese government fails to protect its people. Before the second round of cuts, UN Secretary General Antonio Guterres will report to the council on whether "conditions on the ground remain conducive to further reductions."

Meanwhile, the UN unanimously adopted to keep the UN forces in Mali as part of the MINUSMA mission unchanged at 13,300 troops and 1,900 police for one year. 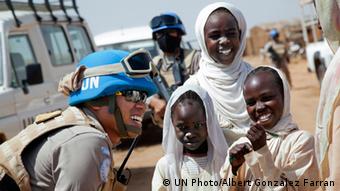 Unlike the mission in Darfur, the council is expected this Friday (30.06.2017) to raise the MINUSMA budget.

The United Nations ended today its mission in Ivory Coast, and it will pull its peacekeepers out of Haiti by the end of October.

Early this week, a tentative deal on nearly $600 million in cuts to the UN peacekeeping budget was reached. The decision was reached following weeks of tough negotiations over US demands for sharp cost reductions. The United Nations will spend $7.3 billion on peacekeeping in the coming year, down from the current budget of $7.87 billion, according to diplomats familiar with the negotiations.

The United States, the biggest financial contributor to the peacekeeping budget, had sought a nearly $1 billion cut to the bill and the European Union had also pushed for savings to bring costs down to $7.3 billion.

As well as Darfur, the cuts will also affect the UN's mission in the Democratic Republic of Congo, its biggest and most costly.

A local government official says armed men in Darfur have abducted three UN refugee agency workers, including two foreigners. The region is afflicted by a long-running conflict that has killed some 300,000 people. (28.11.2016)

Bundeswehr service vehicles can't take Mali's heat, a German newspaper reported. According to the daily, only about half of German military vehicles sent to a UN base in the West African desert are still running. (19.04.2017)