Under new regulations, Turkish police women will be permitted to wear Islamic headscarves while on duty, provided that they match the uniform. Scotland and Canada also introduced the change in rules earlier this month. 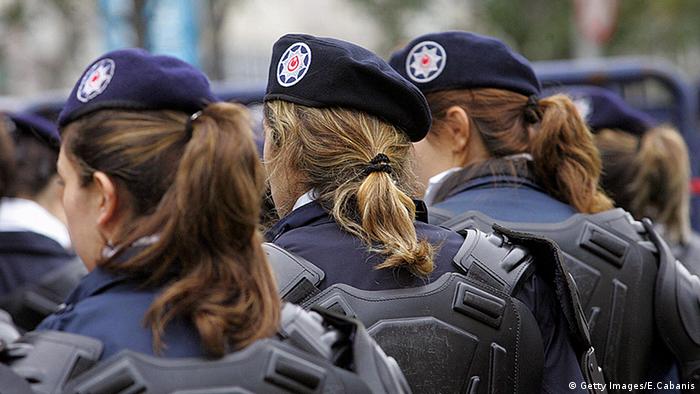 According to a ruling published in Turkey's Official Gazette on Saturday, women serving in the police force will now "be able to cover their heads" under their caps or berets. The headscarf must be "the same color as the uniform and without pattern."

Turkey has a fraught history with the headscarf. Despite the majority of population being Muslim, the country is officially a secular state. Under former secular governments, the head scarf was forbidden in universities and among civil servants.

Since coming to power in 2002, however, the ruling conservative-Islamic Justice and Development Party (AKP) has been relaxing these old rules.

In 2010, a ban on wearing the Muslim headscarf on university campuses was lifted. Since 2013, female students have also been allowed to wear the headscarf in state institutions and in high schools since 2014.

Although the changes have been widely welcomed by Turkish liberals, critics of Turkish President Recep Tayyip Erdogan have long accused him of eating away at the secular pillars of modern Turkey, set up by its founder Mustafa Kemal Ataturk when he established the Turkish republic in 1923.

Pro-government media were quick to highlight, however, that several Western states have already granted female officers permission to wear the headscarf.

Earlier this month in Scotland, police forces allowed female officers to wear the headscarf. Similarly in Canada, the government announced just this week that the Royal Canadian Mounted Police would allow its officers to wear hijabs as part of their uniforms, in the hope of boosting the number of female Muslim recruits.

Muslim attire has been making headlines across the world in recent days. After weeks of controversy, France's highest administrative court suspended a ban on Thursday on the wearing of burkinis - the full-body swimsuit worn by some Muslim women.

In neighboring Germany, Berlin is still locked in a heated debate over a potential ban on the burqa. According to an opinion poll conducted by Infratest dimap, 51 percent of Germans are in favor of implementing a ban on the full-body veil. Such a ban has already been in place in France since April 2011.