Ahead of the start of the 102nd Tour de France in Utrecht on Saturday, we take a look at the main contenders, outside challengers and key stages of the historic competition which rides through July. 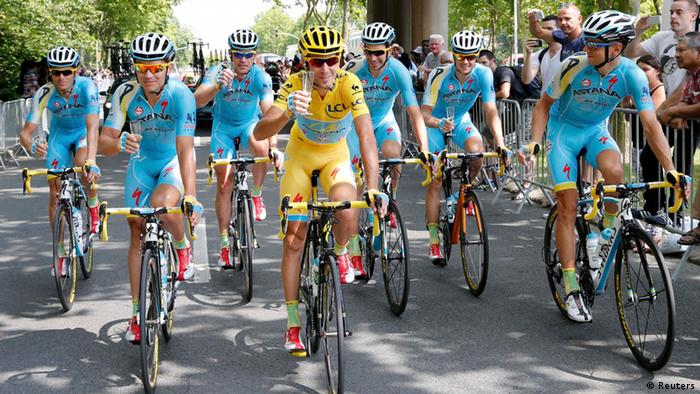 In what could be one of the most competitive Tour de France races in the modern cycling era, four favorites lead the way as we look ahead to the start of the sport's most famous competition. The 102nd installment of the classic will see no less than seven mountain stages and five summit finishes on a 3,360km route, starting in the Dutch city of Utrecht on July 4 and ending in Paris on July 26.

Vincenzo Nibali: Much like last year, before he sauntered to the title as his rivals waivered, the Italian has impressed on occasions but has held back his best this season. Despite his recent lack of wins, the 30-year old will be aiming to reveal his top form at the Tour, and last year's performance will ensure he won't be underestimated by his rivals this time around.

Alberto Contador: The Spaniard is the pick of the four outstanding GC contenders based on form. He won the Giro d'Italia at the end of May and returned before winning again at Route du Sud in mid-June. The mountainous route will suit "El Pistolero", but will a second Grand Tour in two months be too much for the 32-year old? No one has completed the Giro-Tour double since 1998.

Chris Froome: With Victory at the Criterium du Dauphine, the 30-year-old Briton looks to be back on track after a stop-start early season. Froome won both of the concluding mountain stages and, better still, his team impressed hugely. All he needs now is to avoid the first-week misfortunes that hobbled his challenge for the Tour last year.

Nairo Quintana: For some, the Colombian climbing ace is the outstanding favorite, but he's only raced for four days in the past two months, finishing second to Contador at the Route du Sud. Quintana spent most of that spell altitude training on his home roads, just as he did before winning the Giro title last year. Will it have the same affect? 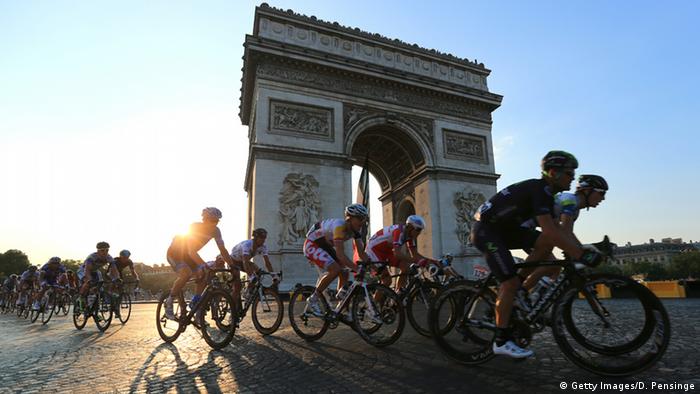 Who will ride into the sunset in Paris at the end of Stage 21?

As the home nation looks to end a 30 year drought without a winner, French fans now have a group of outstanding climbers to roar on. Leading the way is Thibaut Pinot, third overall last year and looking ever more confident as a team leader and Grand Tour contender. The FDJ rider only finished fourth in last week's Tour of Switzerland, where he was thwarted by the lack of mountain stages. However, on the one big day in the hills he was untouchable and looks a good bet for a top five finish.

Germany's Tony Martin will be licking his lips at the prospect of Saturday's first stage. The 13.8km time trial in Utrecht is completely to the taste of the two-time world champion. Already eyeing the gold medal for the Rio de Janeiro Olympic time trial, if the 30-year old shows his ambition from the off, he'll create a stir amongst the biggest names.

The wind in the early stages, particularly Stage One, could throw some names off in a competition the riders cannot win on the first day but they can lose. Stage four between Seraing and Cambrai involves German rider John Degenkolb's favorite thing: Cobblestones. Anything can happen on the traitorous territory, but count Degenkolb and Nibali as strong contenders to shine. Stage 10 between Tarbes and La Pierre-Saint-Martin is the Tour's first rest day and is also the first high mountain stage, which is likely to provide various issues for the riders.

Stage 17 also comes after a rest day, between Digne-les-Bains and Pra-Loup. The descent of over 1,200 meters off the Coul de Soudet is the most difficult of its kind throughout the Tour. The penultimate stage between Modane Valfrejus and Alpe d'Huez could provide late drama, as its unpredictable nature requires full concentration right to the end.

Africa's first ever team will be on the startline in 2015. South Africa's MTN-Qhubeka received a wildcard to be on the Tour and the nine-man team includes the first ever Eritreans - 26-year-old Daniel Teklehaimanot and 21-year-old Merhawi Kudus - to compete in cycling's top event.

In news that was expected, Giant-Alpecin revealed on Thursday that Marcel Kittel he would not be taking part in the 2015 Tour de France due to illness. Kittel himself was not too happy about the news. (25.06.2015)

Geologists are predicting a major landslide at one of the most famous routes in the Tour de France. The organizers are being forced to come up with solutions before the race next month. (19.06.2015)

Spain's Alberto Contador, who suffered shoulder problems early in the race, has edged out Italian Fabio Aru to win this year's Giro d'Italia. The local rider had won the last two stages to put pressure on Contador. (01.06.2015)