Coral reefs are among the world's richest ecosystems - and they will disappear from the face of the Earth before this century is over if we don't make serious changes, ecologist Peter Sale told DW. 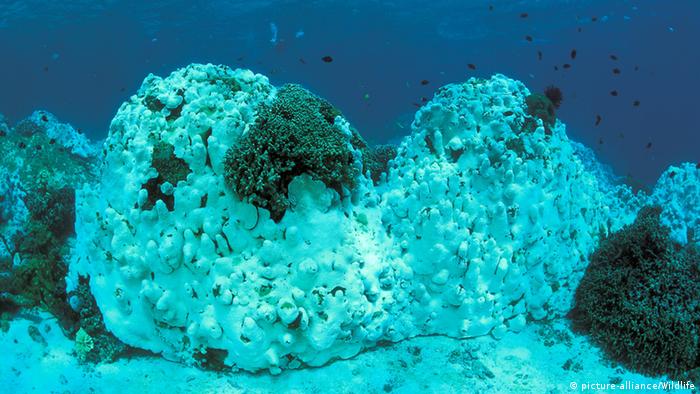 DW: You talked about coral reefs at the Goldschmidt Conference in Prague. What is the future for reefs? What should we expect from the upcoming COP21 talks in Paris this winter?

Peter Sale: The future is very grim for coral reefs. I and a number of other coral reef experts have been saying this for some time now. Even if the COP21 in Paris is wildly successful and achieves all goals - a treaty that everyone signs on to that is strong enough for them to achieve no more than a 2-degree increase in temperature - it's still not good enough. It will be too much warming for coral reefs. They will simply degrade and disappear within this century.

What we really need is a target of no more than 1 degree of temperature rise, equivalent to a CO2 concentration in the atmosphere of 350 parts per million, which is where it was back in the 1980s. Currently, the CO2 concentration in the atmosphere is over 400. Back at the COP in Copenhagen, it was a matter of political compromise to decrease the target from 1 degree to 2 degrees. The point that I try to make to people is that nature doesn't engage in negotiations. 2 degrees I think is irresponsible. I think we can do a lot better.

What exactly would happen to coral reefs if we stuck to the 2-degree target? 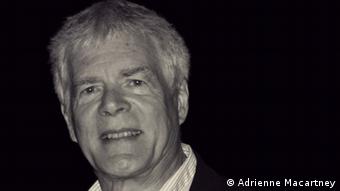 Sale: We need to take better care of our reefs

The warming affects corals because they live very close to their maximum temperature tolerances. When you get unusually warm water, it stresses the corals and they respond by throwing out all their symbiotic algae, which are little plants that live inside them. This makes the corals turn white - which is why they call it bleaching. If the stressful conditions persist for two or three weeks, corals die, and the mortality rate goes up.

There have been mass bleaching events since 1982, where hectares of corals bleach over night. There's one going on right now in the Indian Ocean due to the strong El Nino that's developing. So global warming raises the average temperature of the ocean and then weather events like an El Nino make it particularly hot in one particular place - and if that's where a coral reef is, you get bleaching.

And what about the CO2 that dissolves into the ocean?

The acidification affects the coral's ability to produce its calcium-carbonate skeleton. When you shift the ph-level to make it slightly more acidic, organisms aren't able to build these skeletons as quickly as they did before, or they build it imperfectly or they build it thinner.

The acidification that has occurred between 1975 and 2015 has been enough to slow the rate of calcification among corals by 40 percent. When you have insufficient calcification the slows the ability of corals to grow, it shifts the balance between growth and erosion in a coral reef - they can't grow back as fast as they erode.

"Flik" Finlayson gave up her goal of becoming a fashion designer to do conservation work on a remote island in Borneo. There she replants coral reefs, and says she sees the impact of her work every day. (06.07.2015)

So the acidification due to CO2 in the ocean is having a very substantial impact on the reef's ability to grow. And the warming due to the CO2 in the atmosphere is causing a lot of extra mortality as warm water episode lead to bleaching. This is why there is less and less living coral: higher mortality, less growth. The Great Barrier Reef has lost 50 percent of living coral since the 1970s this way.

What does that mean for other organisms?

The dying coral reef becomes a much more simple surface that supports far fewer fish, so many of the fish species that live on the reef will simply disappear, whether they die or swim off for another reef and get lost. That means a lot less production of fish for food.

We also lose the protection reefs provide for the shoreline. A reef dampens the effect of a storm coming in from the open sea, diminishing the force of the waves. Without reefs, you get erosion of shorelines and villages falling into the ocean. The fact is that those people who live near reefs depend on them in very many ways.

We should really take better care of our reefs. If we do that properly, with a 1-degree temperature rise, we'll keep the value of reefs with us, we'll keep all the diversity that reefs support. They are the richest ecosystem in the ocean in terms of how many different kinds of plants and animals live there. They are arguably as rich as or richer than the rainforests on land. We shouldn't throw away something like that.

Dr. Peter Sale is an Emeritus Professor at the University of Windsor, Ontario, Canada. His areas of expertise include ecology and management of coral reefs as well as tropical coastal management. He spoke about the dire future of coral reefs at the 2015 Goldschmidt Conference, a well-known international geochemistry conference.