Details of the Trans-Pacific Partnership have begun to emerge after the text of the pact was released online. The deal, often chided for its opacity, would create the world's largest free trade area. 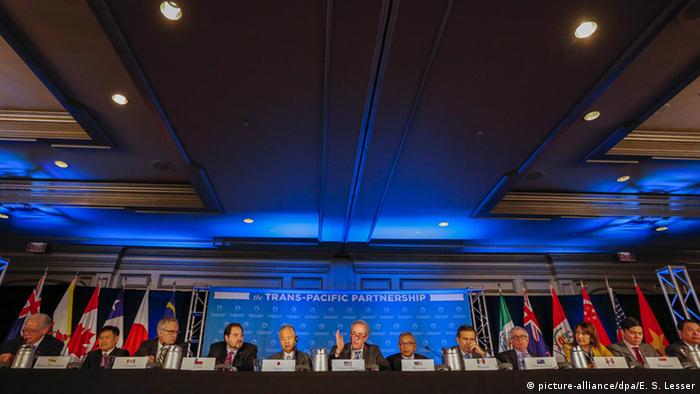 The text of the landmark Pacific trade deal was made available by New Zealand's Ministry of Foreign Affairs on Thursday, providing a closer look at an accord that could one day set the standard for 40 percent of the global economy.

The text can be accessed here.

Twelve Pacific Rim countries hammered out the outlines of a free trade deal last month, but the pact has yet to be ratified by national parliaments. It faces stiff opposition from some politicians, notably in the US Congress ahead of next year's presidential elections.

Under the deal, tariffs would be drastically reduced or abolished altogether on a range of products from foodstuffs to manufactured goods, raw materials and energy.

If enacted into law, the pact, also known by its acronym TPP, would be a legacy-defining achievement for US President Barack Obama amid his administration's pivot to Asia. The pact also aims to pressure China into changing its own standards for doing business.

The new information offered a look at the bilateral agreements the US reached with the other signees, under which countries would be required to legislate for minimum wages and work hours, crack down on forced labor and enact measures to protect intellectual property.

Malaysia and Vietnam, for instance, would also be required to fully implement measures aimed at combatting human trafficking and empowering independent labor unions before they could enjoy the benefits of easier trade with the US.

Pacific ministers have reached a deal on the biggest trade liberalization pact in a generation. News agencies reported the accord would set standards for 12 nations and reduce tariffs for a wide range of products. (05.10.2015)

Indonesian President Widodo has promised that his country will join Obama's trans-Pacific trade deal. This means the Southeast Asian nation is set to become part of the world's largest free trade zone. (27.10.2015)

Text of the Trans-Pacific Partnership agreement