Terrorism in Africa and why it matters

The Munich Security Conference is convening a meeting in Ethiopia to discuss the fight against extremism, crisis prevention and democracy in Africa. This is the first conference of its kind on the African continent. 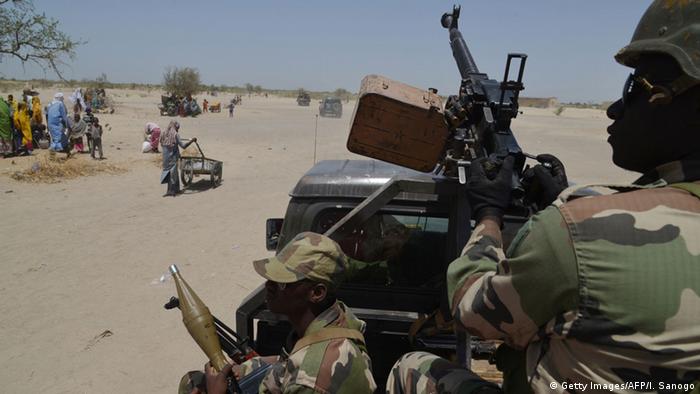 Around 60 senior leaders from Africa, Europe and the US are gathering in the Ethiopian capital Addis Ababa to exchange ideas on how they can work together to fight terrorism and prevent crises in northern and eastern Africa.

German diplomat, Wolfgang Ischinger, chairs the Munich Security Conference. He told DW that leaders will also discuss the security risks posed by epidemics and climate change with focus on Africa.

Why was Addis Ababa chosen as a venue for the conference?

Wolfgang Ischinger: It's the seat of African Union(AU), we believe that it is important that the capacity of the African community of states to act together in order to a functioning security organization. The German government has been actively supporting such efforts, including the Tana Forum, on the eve of which our conference was organized later this week. So, choosing Addis Ababa as our first entry point into Africa was an obvious choice.

What are the main critical issues that are going to be addressed in the conference?

Let me single out two primary issues. The first one is terrorism - most people in Europe are not aware that the number of victims of Boko Haram in various places in Africa considerably exceeds the number of victims which the "Islamic State" (which has been in the headlines so much for good reasons) has produced in Iraq, Syria and other countries in the region. The question of extremism and feeding grounds for extremist groups, is the question that Africa and Europe need to tackle together. For Germans in particular, it is something new. Something our voters need to understand and digest - that there's a good reason why more German soldiers are now being posted to Mali to help build up security forces that can actually defend the country and maintain stability. 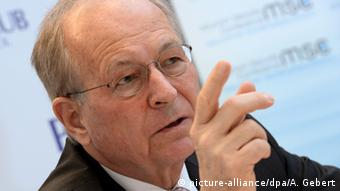 The second issue is linked to the first one. It's the refugee issue, which we are currently dealing with in Europe. Of course it primarily concerns refugees that come from crisis regions like Syria. We need to beware that the number of potential refugees from African crises can and will probably rise considerably over the next years, given the demographic developments in Africa and economic perspectives. There are a number of countries that are models of growth and are exploding in terms of productivity. They need to be discussed and we need to find ways to demonstrate to other African countries which are lagging behind, how they can join the movement forward for the benefit of their own population.

What about the issues of good governance and impunity. We have just recently seen the International Criminal Court (ICC), dropping the charges against Kenya's deputy president William Ruto, and the African Union has been calling its member states to pull out from the Rome Statute. Will that also be on the agenda?

Absolutely. Fatou bensouda from the ICC is one of my good friends. She is a powerful speaker, and we have invited her couple of times already to our conference in Munich. She will also be in Addis Ababa and a number of foundations and civil society representatives will also attend. In other words we have an opportunity to discuss the issues pertaining to human rights, to good governance, to the respect of international institutions. We believe that the ICC was actually a step forward for humanity and global governance and should be supported rather than marginalized.

Wolfgang Ischinger is the chairperson of the Munich Security Conference. He formerly served as the German ambassador to the UK and the US.

At least 140 killed in bomb blasts in Syrian cities of Damascus, Homs

Bomb attacks in the Syrian cities of Damascus and Homs have claimed over 130 lives and wounded dozens. "Islamic State" has claimed responsibility for both attacks, while world leaders have talked up truce prospects. (21.02.2016)

What was intended as a debate about NATO at the Munich Security Conference became one about Russia. DW's Michael Knigge reports from the Bavarian capital. (13.02.2016)

Leaders from 30 countries have arrived in Munich to attend the annual security summit. The conflict in Syria and Russia's role - both in the war and in the Ukraine crisis - are topping the agenda this year. (12.02.2016)