President Nkurunziza of Burundi ran for a third term. Other African rulers may soon do likewise. But Tanzania's Jakaya Kikwete is stepping down after his permitted two terms in a boost for democratic governance. 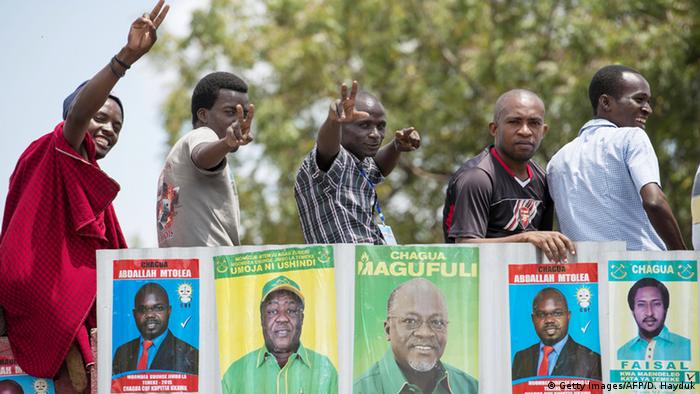 The front-runner in Tanzania's presidential race appears to be John Magufuli, candidate for the Chama Cha Mapinduzi (CCM) party, which has dominated politics in the country since the 1960s.

But he faces a stiff challenge from the main opposition parties who have rallied round former Prime Minister Edward Lowassa, who recently defected from the CCM to the opposition CHADEMA. This is the first time the opposition have united behind a single candidate.

The four parties in the opposition coalition are CHADEMA, NCCR-Mageuzi, Civic United Front (CUF) and the Union for the People's Constitution.

The CCM may be at an electoral advantage as the party in power but an opinion survey cited by local media and conducted by the Tanzania Development Initiatives Program (TADIP) gave Lowassa - the oppostion candidate - 54 percent and Magufuli 40 percent of the vote last month.

On the campaign trail, Magufuli has been taking a tough line on corruption. "As soon as I am sworn in, I will form a special court for thieves and the corrupt," he told a recent rally.

Benson Bana, lecturer at the University of Dar es Salaam, told AFP that both candidates seem to be "propagating similar policies such as fighting graft, conquering poverty, solving unemployment and land disputes."

Lowassa told an opposition rally "Education will [in future] be government-funded from primary to university level." 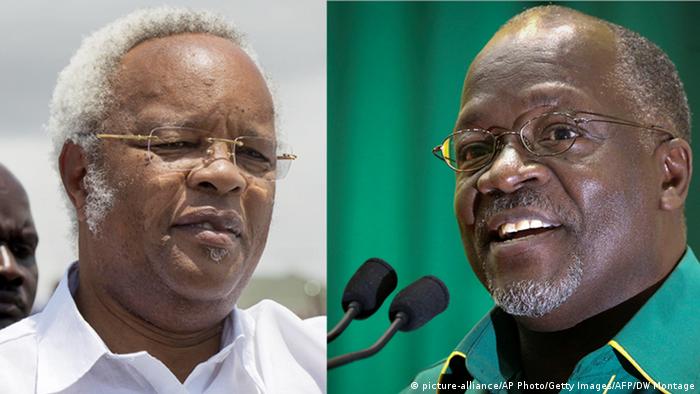 There are six other hopefuls in the race, including one woman candidate, Anna Mghwira from the Alliance for Change and Transparency (ACT).

But it is the rallies of Magufuli and Lowassa that have been attracting the biggest crowds.

Both have made repeated calls for the preservation of peace and national unity in speeches denouncing tribalism and religious violence.

Tanzania has notched up impressive rates of economic growth, but little has trickled down to the majority of the population.

"With two thirds of its 50 million citizens living in poverty, few enjoy the benefits of the country's remarkable economic growth, which has averaged around seven percent," the Open Society wrote in a recent article. 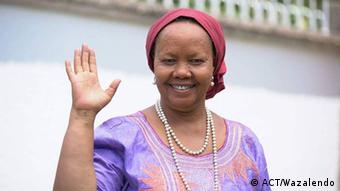 Agriculture is the key sector, providing a quarter of Gross Domestic Product and employing three quarters of the population.

More resources are needed for improvements to this sector as well as for health, education and transport. Access to electricity remains limited.

Former top US diplomat to Africa Johnnie Carson, writing for the comment and analysis website African Arguments, said "a tight election or the perception of a rigged outcome could increase the chance of post-election violence in what has been one of Africa's leading democracies and most peaceful countries."

“The first to form such groups was CCM, it had what it calls the Green Guards and so other parties followed. CUF came up with Blue Guards and CHADEMA formed the Red Guards. In short, these groups are dangerous because at election time they can be used to stir up violence and, moreover, they are not recognized as legal.”

Previous Tanzanian elections have been relatively peaceful since the reintroduction of multiparty politics in 1995.

Mohammed Abdulrahman contributed to this report.

Chance for historic change in Tanzania

In October Tanzanians go to the polls. Many members of the governing party have crossed over to the opposition. Experts expect a close finish - and a test of the strength of East African democracy. (04.09.2015)

With little notice, Burundian President Pierre Nkurunziza was sworn in for a third term in power Thursday following weeks of protests and a failed coup. (20.08.2015)