A giraffe's sleeping patterns will tell you whether or not she feels content. If she's just been transported from one zoo to another, for instance, or has just lost a mate, she'll skip over an essential phase of sleep. 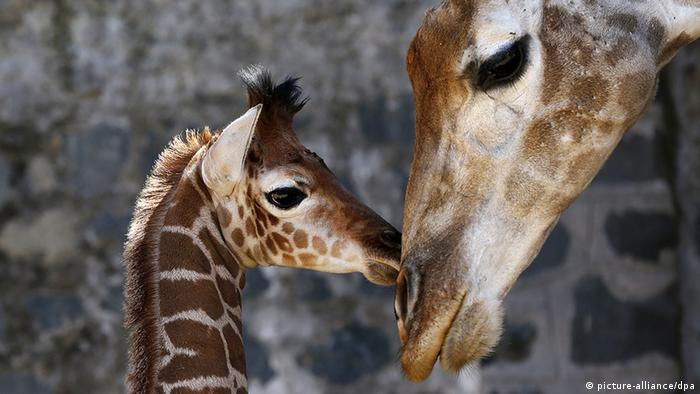 No giraffe that roams the African savannahs sleeps for eight hours a day, and certainly not at a stretch. Where lions lurk, giraffes snooze a maximum of four-and-a-half hours spread over the course of a day. "They sleep during their breaks from feeding," says Florian Sicks, a biologist and curator for mammals at Tierpark Berlin zoo.

Half an hour of that is rapid eye movement (REM) sleep, a phase in which humans - and presumably animals - have vivid dreams. The brain is as active as it is in a waking state, the eyes move back and forth under closed lids, but muscles are relaxed, with the exception of occasional twitches.

However, a giraffe sleeps as long as is usual for the species only when it feels at ease, Sicks discovered during research for his doctorate. "If a giraffe feels stressed, REM sleep is reduced to an absolute minimum."

A transport from one zoo to another is extremely stressful for the animals. "Some giraffes almost completely dropped REM sleep for six days," the biologist says. It takes two to three weeks to restore their sleeping patterns.

Researchers normally look at the level of the stress hormone cortisone in an animal's blood to see just how stressed an animal may be. But Florian Sicks demonstrated that cortisone in the blood does not always adequately reflect stress levels: with some of the giraffes he examined, the cortisone concentration actually dropped, even though it was evident the animals were stressed and did not feel comfortable. "The length of REM sleep is a much more reliable measure of stress," Sicks says. 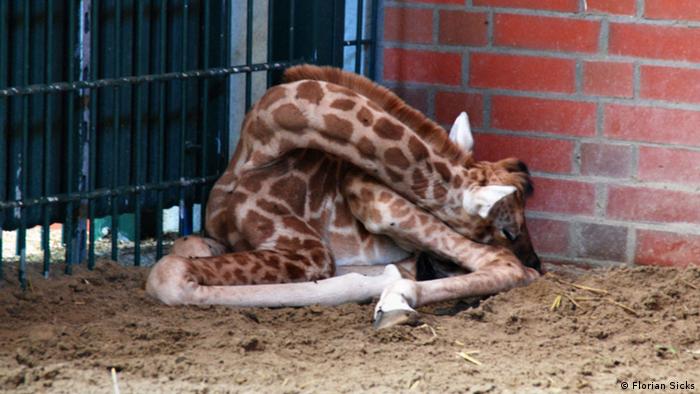 A giraffe curls up for REM sleep - but makes itself vulnerable: Living in the savannah, it would take several seconds for it to jump up and protect itself

For his doctorate, Sicks conducted research on 17 giraffes in zoos across Germany. Since giraffes are quite shy, he installed infra-red cameras in their compounds to observe them from a distance. "They probably would not have lain down to sleep had I been in their stalls," Sicks says.

Although giraffes do snooze while standing up, to relax entirely and enter a REM phase they not only have to lie down, they must also curl up: they pull their legs in, stretch their long necks back and lay their heads down on one of their hind legs. "That position keeps their heads from slipping to the ground when their muscles are completely relaxed during REM sleep," Sicks explained.

That position also made it easy for Sicks to determine when the animals were in a REM phase while watching them through the cameras.

Death of a life mate is the worst

Being transported from one zoo to another is not the only thing that upsets giraffes. They suffer most when their herds change, and especially when their life mate dies.

"One day George died - he was more than 20 years old, which is an advanced age for a giraffe," Sicks recalls. "Jaqueline didn't even have a second of REM sleep for three weeks after that. That's a very long time. In experiments, rats, for example, died after three to six weeks of REM sleep deprivation." 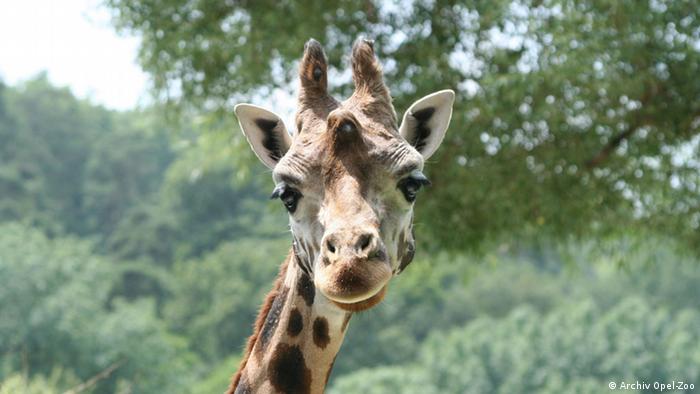 REM phases get longer among newborn giraffes the hungrier they get. Zookeepers at the Frankfurt Zoo discovered that the hard way. A six-day-old baby giraffe died because its mother refused to give it any milk. In the days before her death, it had noticeably long phases when it was curled up in the position for REM sleep.

The zookeeps learned from that experience. When the same giraffe mother had another baby and the newborn once again slept curled up for noticeably long periods, zookeepers separated them and fed the newborn with a bottle. The mother hadn't produced any milk this time either, but as a result of the timely intervention, the second baby survived.

"When a newborn giraffe sleeps a lot more in the REM phase than is usual for a newborn, it's an early warning signal for the zookeepers," Sicks explains. That kind of signal is essential because, apart from taking a lot of naps, both baby giraffes were behaving completely normally. "It was only because we were monitoring her REM sleep that we were able to save the second," says Sicks.

Gas emissions from flatulent, belching cows contribute to global warming. In an effort to protect the climate, French farmers are giving their herds feed that will reduce how often the animals belch and break wind. (27.03.2013)