Speaking out: African women in Germany

Overcoming barriers is part of every immigrant's struggle. African women living in Germany have been sharing their experiences in a meeting intended to boost morale and better equip them to deal with life here. 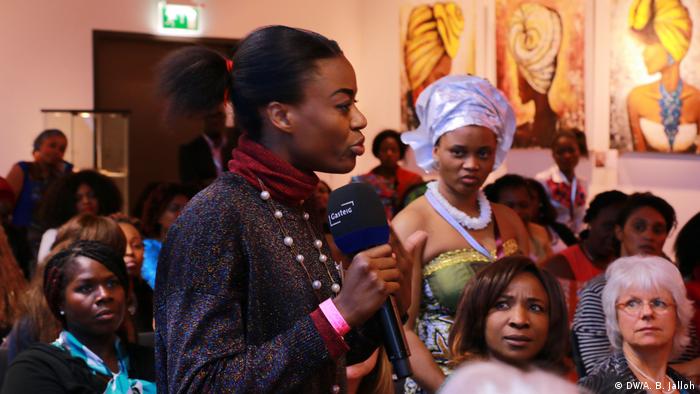 A group of women in colorful African dresses danced and sang songs familiar to everyone present. They were neither in Nairobi nor in Lagos. They were in the southern German city of Munich. But their cheers and laughter signaled a kind of happiness they hadn't experienced for a long time.

The gathering was the brainchild of Sierra Leonean Sarah Bomkapre Kamara, a co-founder of Moving Women Empowerment. Kamara, a PhD student in Munich, brought the women together to discuss issues which are particularly common among African women.

More than 100 African women from all over Germany took part. The gathering was the first of its kind. "We face so many obstacles, especially here in Germany, because we are different, we are the minority," said Norisha Campbell, an African-American singer, who opened the discussion. 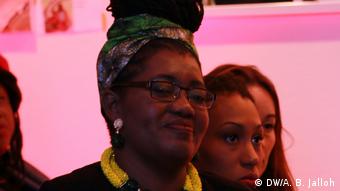 Sarah Bomkapre Kamara is a co-founder of Moving Women Empowerment

'I dare you to scrap your Plan B'

Campbell stressed the importance of 'daring.'"Because we face this every day, we kind of like go into our shells, and we become fearful and lose the self-confidence that we had before. When you dare someone, it's like you encourage someone to find confidence and to find courage to do something that you would normally have fear of doing," she said.

Whether it's daring to move out of one's comfort zone or daring to scrap one's personal Plan B, each speaker delivered a strong and highly motivational speech. "African women see their color as disadvantageous," said Caroline Kouegoua, a nuclear engineer from Cameroon. Her career is quite uncommon among African women.

Also on the panel was Kenyan Edith Otiende-Lawani who lives in Munich and works as a lawyer in the German language. "It's motivating taking every day as it comes. I don't dwell on yesterday, I struggle to make my today better than my yesterday to keep me running and achieving higher," Otiende-Lewani said. 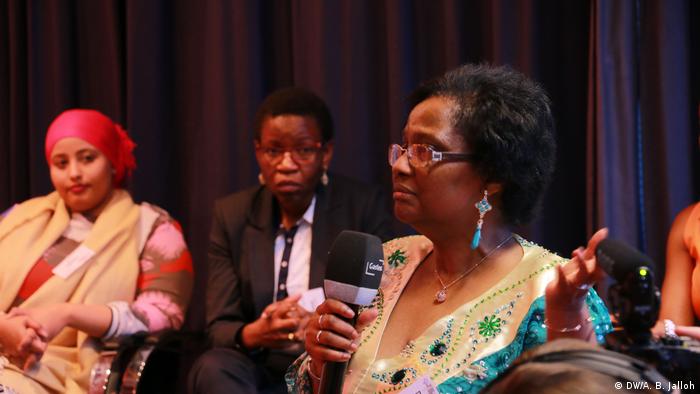 Dr. Pierrette Herzberger-Fofana is a popular German activist for immigrants

Visual input was provided by Vivian Timothy, a Nigerian painter who uses bright colors to create portraits of Africans on canvas. Some of Timothy's paintings were used as decoration for the meeting.

Women everywhere face many challenges. But for African women in Germany, these challenges go beyond the choice between a family and a career.

The conference, on many occasions, turned into something of an occupational therapy session. Some of the participants became very emotional and burst into tears as they described the everyday prejudices they face in Germany.

"Sometimes a woman who has graduated at home has to work as a cleaner here," said Dr. Pierrette Herzberger-Fofana, a lecturer at the University of Erlangen-Nuremberg and a politician with Germany's Green party.

Herzberger-Fofana wept as she listened to the women recount their stories. Some had spent up to a year learning German - only to be told later that their academic qualifications and job experiences back home in Africa were not recognized in Germany. 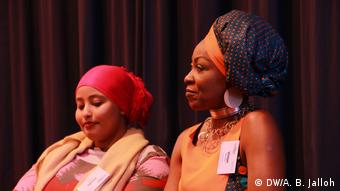 Vivian Timothy, a Nigerian painter, displayed her paintings in the hall. Next to her is newly arrived Jamila Ahmed from Somalia.

"So many women have unsafe status here. You have heard about these stories, that their degrees are not recognized by German authorities. So many women work as cleaners; that is not okay. These are women who have studied. We don't have anyone who has voiced their concerns," Herzberger-Fofana said.

But for lawyer Otiende-Lewani, perseverance paid off. "What I wanted to do was law. For me it was either I study law or I don't study anything at all. That's why I said I only have Plan A without the option of B, because it made me fight for that A. I wanted to stay here but only on condition that I achieved what I wanted to achieve." 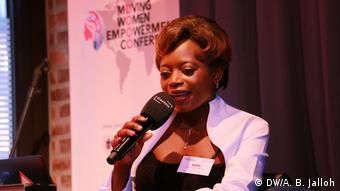 Edith Otiende-Lawani, now a lawyer, came to Germany from Kenya as an au pair

Hair was also a topic of discussion. "Natural hair is a movement and it's new," said Davonne Schäfer, who described herself as a natural hair enthusiast.Her presentation focused on the notion that natural hair can look much better than a wig if handled properly. But what does this have to do with women's empowerment?

"I think the presentation and the talk that I had kind of empowered these women to think 'Hey I am not alone, there is a resource here and there is a big community as well of women with natural hair,'" she said.

The Malian-born academician and refugee advocate, Dr. Herzberger-Fofana, who is in her 80s "dared" the women to become German parliamentarians. She intends to run in the upcoming general elections in September.

By 2024, she wants to see at least five African women in the German parliament, the Bundestag. "I think it is doable," she said confidently. 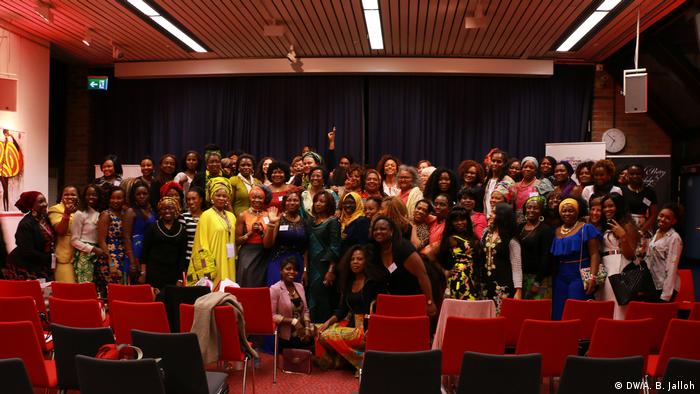 For many African woman, their challenges include questions like: Who does the household chores? Can I ask my husband to help with the kids? How do I keep my traditional African traditions, religious norms and beliefs and similarly integrate into Germany's secular society?

Organiser Sarah Bomkapre Kamara hopes the Munich meeting will be one of many to encourage African women in Germany to speak out and dare more to realize their goals here.  A follow-up is planned for 2018, possibly in the capital Berlin.