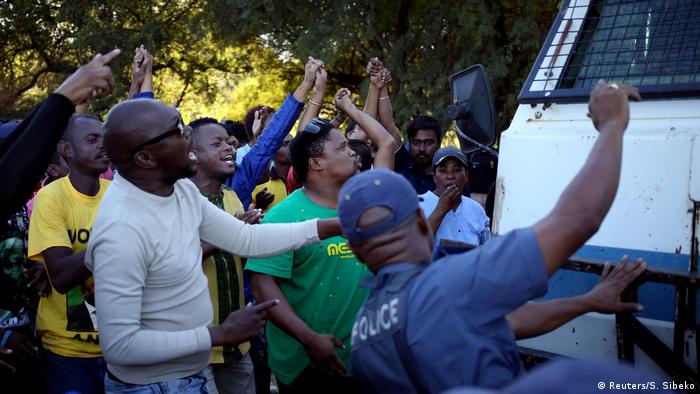 Protesters have also demanded the resignation of local government leader Supra Mahumapelo, a member of President Cyril Ramaphosa's ruling African National Congress (ANC) and close ally of scandal-plagued former President Jacob Zuma. Mahumapelo has so far refused to step down but has since gone on a leave of absence.

Ramaphosa cut short a visit to the Commonwealth summit in the UK to deal with the first major crisis of his young presidency.

South Africa's National Council of Provinces (NCOP) said on a statement on Sunday that Ramaphosa had told his Cabinet that he had decided to invoke a constitutional clause allowing the central government to take control of North West.

"When a province cannot or does not fulfill an executive obligation in terms of the constitution or legislation, the national executive may intervene by taking any appropriate steps to ensure fulfillment," the NCOP said.

According to South Africa's Sunday Times Newspaper, the move marks the first time the national government has ever taken control of an entire provincial administration.

Authorities in the capital, Pretoria, had already placed the platinum-rich province's health and treasury departments under central control and deployed military medics to treat hospital patients.